Play the historic crown jewels, plus some lesser-known gems, on  a “Royal Visit” 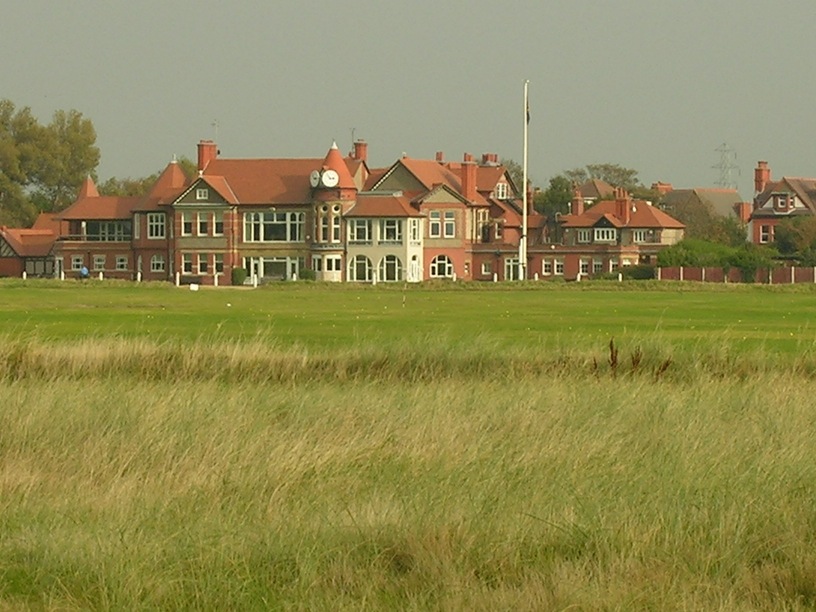 Royal Liverpool takes the spotlight during the 2014 Open, but it’s certainly not the only reason to head across the pond. Northwestern England’s “Golf Coast” is home to no fewer than three famous Royal links—Birkdale, Liverpool and Lytham & St. Annes—plus the highest concentration of championship links courses in the world. This spectacular stretch of regal golf nirvana—from vibrant Liverpool at the south end to the bucolic Lake District in the north, boasts 20 stellar courses. Imagine being able to play three (British) Open Courses and more without having to change hotels.

The dawn of English golf came in the late 1800s. Up until then a bloke shouldering bag of clubs was the subject of curiousity, even ridicule. Indeed, an article published in 1872 in The Field stated, “A few years ago, golf was almost unknown, except among a few who are supposed to be demented Scotsmen playing old man’s hockey!”

All that was about to change when Victorian holidaymakers descended upon Southport to take the sea waters, soak up the briny air and whack golf balls around the dunes.

A couple of years ago, I convinced three of my fellow links lovers to join me in a “Royal Visit” to England’s northwest coast. Our first challenge was at Royal Liverpool, host to the first Open Championship in England in 1897. Founded in 1869 on land that was previously the Liverpool Hunt Club, this former racetrack is steeped in history. In 1930, the year of his Grand Slam, Bobby Jones took the Open here. His Royal Highness the Duke of York, who is Liverpool’s patron, began his golf career at Liverpool. Also known as Hoylake, the club is hosting the 2014 Open for the twelfth time. 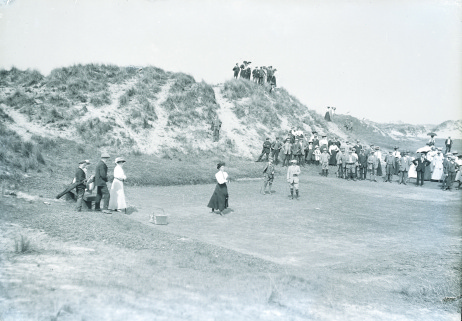 Cited as England’s finest course, Royal Birkdale has hosted nine Open Championships and two Ryder Cups. Massive dunes, deep pot bunkers and plenty of blind tee shots are part of the challenge. The 13th measuring a whopping 498 yards is one of the longest par-fours in championship golf—especially when the wind howls.  A plaque on the signature 16th designates the spot from where Arnold Palmer walloped his famous second shot on this way to winning the 1961 Claret Jug. Royal Birkdale prides itself on having been sufficiently forward thinking to have allowed ladies to play on its hallowed links way back in 1889. 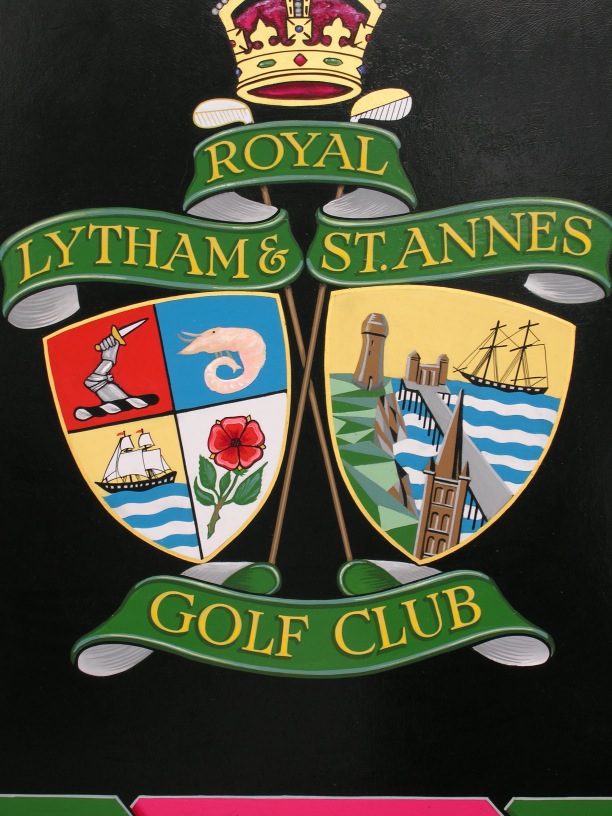 One could be daunted, even intimidated by the regal pedigrees of these courses, but you’ll find no upturned noses and instead a very warm welcome. The motto at Royal Lytham & St. Annes is to be the “friendliest golf course in England.” (That said, most of these courses require a handicap certificate: maximum 21 for men; 36 for women.) Golf writer Bernard Darwin (grandson of British naturalist Charles Darwin) once described Royal Lytham & St. Annes as, “a beast of a golf course, but a just beast.” Probably referring to the 200 cleverly positioned bunkers, Darwin also cautioned, “Hit your ball to the right place and the way to the hole is open to you, but hit your ball to the wrong place and every kind of punishment, whether immediate or ultimate, will ensue.”

In 1926 the course hosted its first Open where Bobby Jones claimed his first title. The red brick half-timbered clubhouse is a veritable museum of Jones memorabilia. The wooden-shafted mashie he used for a heroic shot on the devilish bunker-laden 17th hangs under his portrait. In 2012, Royal Lytham & St. Annes will host the Open for the eleventh time.

Of course you’ll want to put these three crown jewels on your trophy hit list; believe me they are worthy of a lifetime of bragging rights. But there are several more worthy gems to include on your English swing. One of the ten oldest tracts in England, West Lancashire, stretching 6,964 yards, is twinned with the Royal Montreal Golf Club, Canada’s oldest. Both were founded in 1873. Particularly memorable is the view from the back of the second tee out to Crosby Beach where sculptor Anthony Gormley’s “Another Place,” is an installation of 100 iron figures rising from the shores.

Greg Norman once remarked that Hillside’s back nine was the best in Britain; I can’t argue. Widely regarded as the finest British golf course not to have staged an Open Championship, Royal Birkdale’s next door neighbour is not to be missed. My foursome teed off behind a group of octogenarian gents who called themselves the Rusty Zippers. They kept a lively pace and showed us the way by hitting their balls low and straight into the prevailing wind. Should you hook your shot on the first as the train zooms by, your errant Titleist might hitch a ride to Liverpool.

In the early 19th century Liverpool was one of the world’s richest seaports. Many of the city’s millionaires left their mark by commissioning grand public buildings and sculptures. Liverpool has more museums and galleries than any other city in the UK (outside of London) and most of them are free. The home of the Beatles sunk into a bit of a slump after World War II, but when Liverpool was selected as European Capital of Culture in 2008, billions were spent to revive and gentrify the tarnished gem. For diehard fans, The Beatles Story at Albert Dock will take you on a magical mystery tour. In the centre of town, the Hard Day’s Night hotel is the ideal place for a Beatles-inspired cocktail (try the Strawberry Fields With Pepper or Ringo’s Drumsticks)’s before heading around the corner to The Cavern Club where John, Paul, Ringo and George first performed in 1961. 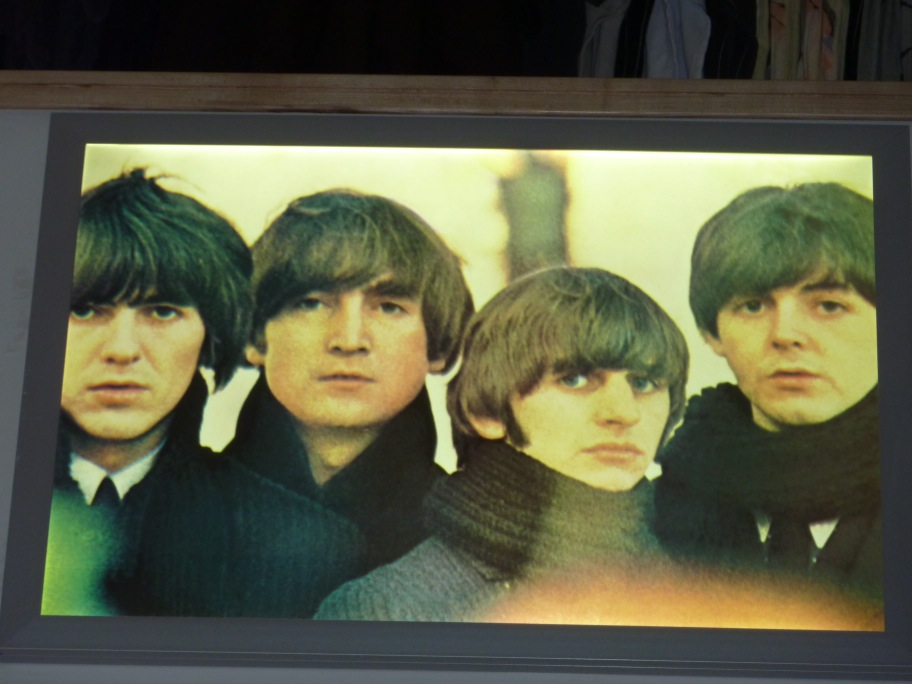 Whether you’re treading in the cleat-steps of Bobby Jones or rocking to the tunes of the Fab Four, I think you’re agree that “everything seems to be right” on England’s Golf Coast.