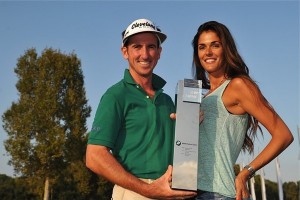 The PGA TOUR announced today that Thorbjørn Olesen of Denmark and Gonzalo Fernández-Castaño of Spain have accepted Special Temporary Membership for the remainder of the 2013 season. They join Jordan Speith who earned the exemption in March.

Fernández-Castaño and Olesen are eligible for unlimited sponsor exemptions for the remainder of the 2013 PGA TOUR Season as they attempt to earn their 2013-14 TOUR cards through the Non-member Money List or Non-member FedExCup Points List.