The PGA Tour offered Peter Hanson of Sweden a Special Temporary Membership for the remainder of the 2012 season and he accepted, according to a press release from the tour. This is the second exemption granted in fewer than two weeks. Ryo Ishikawa of Japan was offered and accepted one on March 19.

In three starts this season, Hanson earned $644,765, thanks to top-five finishes at the first two World Golf Championships of the year (T5 at the Accenture Match Play Championship and T4 at the Cadillac Championship). The $644,765 total surpasses the $411,943 (No. 150 on 2011 money list) needed for Special Temporary Membership. He finished 55th at the Transitions Championship. 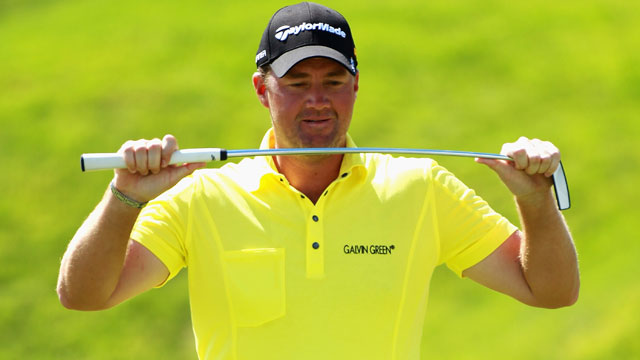 On the European Tour in 2012, Hanson finished second at Qatar Masters 35th at the Abu Dhabi HSBC Golf Championship and 51st in the Omega Dubai Desert Classic.

Four times Hanson has won on the European PGA Tour with the last victory coming at the 2010 Czech Open.

Hanson has the opportunity to join the PGA TOUR as a Regular Member for the 2013 season should his World Golf Championships money and official prize money equal or exceed 125th place on the 2012 Official PGA TOUR Money List.

Hanson is playing this week’s Shell Houston Open as one of the event’s four sponsor exemptions designated for nonmember professionals who are qualified for the Masters Tournament and are ranked among the top 100 on the Official World Golf Ranking. Hanson is No. 25.