The City of Hartford, Conn. has posted  job openings  for golf course superintendent of its two facilities in an on-going effort to improve both. 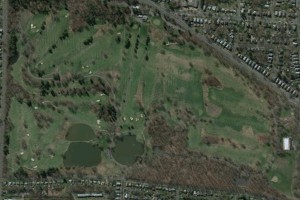 Keney Park Golf Course, in the city’s North End, is closed for the 2014 season and undergoing a significant renovation of the golf course and clubhouse, as well as the construction of a new  maintenance facility and cart barn. The opening there is for a grow-in superintendent that will report to Matt Dusenberry, the architect hired to undertake the course renovation. Dusenberry will also be making the hire. The job may only be for one year.

A description of the job reads in part:

“This is a project position, which will extend through the grow-in and course establishment. The position will be reevaluated for the 2015 golf season when a golf course operator is chosen.”

According to the posting, the salary and benefits will be based on experience. Deadline for applications is April 15.

At Goodwin Park Golf Course, on the city’s south side, Tom Aldrich, the recently-appointed Director of Golf Operations, who will be overseeing the facility. He will also hire the superintendent. The Connecticut Section of the PGA of America was contracted by the city to select a director of golf operations for the 2014 and 2015 seasons.

The superintendent at Goodwin will be an independent contractor. Compensation is listed as between $85,000 and $95,000 and is “in lieu of salary,” according to the posting. “Benefits: Are negotiable as money to be given as part of a retainer, above and beyond that is listed in the salary range.”

It also goes on to read: “The  the city will approve a retainer for your salary needs and payroll needs for an assistant and mechanic as negotiated. In addition, the retainer could also include money to cover benefit needs. The City will arrange for grounds crew staff and cover the costs.”

There is no mention of the number of crew members who will be hired, or who will be selecting them. Goodwin has 27 holes, an 18-hole par-70 layout and a nine-hole, par-35 course.

It is not spelled out if the superintendent will be working on an annual contract or if when a management company takes over running the course after the PGA’s two-contract expires, will be required to retain or allowed to let go the superintendent.

Deadline for applications to be submitted is April 4. The posting lists the superintendent’s position as “available” April 11.