It is a rite of spring, the fawning over Arnold Palmer and his beloved Bay Hill Club and Lodge’ Champions Course during the week of the PGA Tour’s Arnold Palmer Invitational. 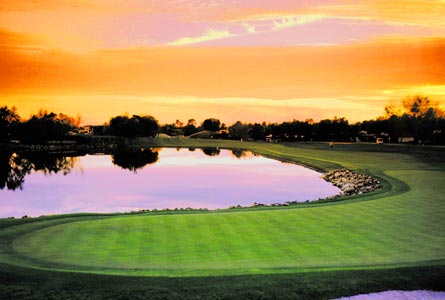 The announcers are going to have to work extra hard this year, though. The layout has some significant agronomic issues as Alex Micelli’s article in Golfweek, details. The greens are in such bad shape a regrassing is scheduled.

The talkers at the Golf Channel and NBC will have a difficult time putting a positive spin on the fact that, according to Micelli, finding hole location on some greens will be tough with “muddy areas prominent on some of the putting surfaces.”

The 18th doesn’t look healthy in this video of a kooky shot off the rocks.

Players were quoted criticizing the conditions but none went on the record, probably fearful of tarnishing the image of the King.

“It looks like a combover,” one unnamed player described the grass on the greens to Micelli.

Bay Hill officials would not comment on the issue, according to Micelli’s piece.

There is much more to this story. In 2009 all the greens at Bay Hill’s Championship course were rebuilt and the “dirt” was changed, according to Micelli. Greens having to be grassed six years after the last grassing is an abject failure, an agronomic  F-. (Despite what Micelli wrote, there was no dirt in those greens, but a sand mix.)

Let’s rewind to 2011 and a OrlandoGolf.com blog piece about the redone Bay Hill course written by Jason Scott Deegan that ArnoldPalmerDesign.com still has available to read at your leisure. It begins this way: “Even two years later, the renovation of the Bay Hill Club & Lodge continues to be praised and cherished.”

Cherished? You can see where this is headed.

“Critics have blasted changes at some other high-profile tournament courses — notably Dubsdread at Cog Hill Golf & Country Club near Chicago and the West Course at the Wentworth Club in England — but not Bay Hill.” 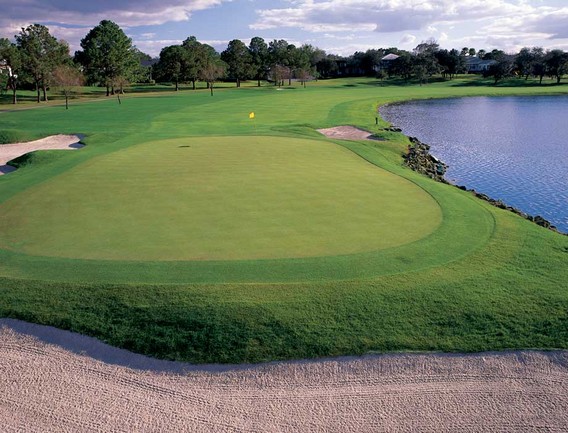 “The new grass on the greens, Emerald Bermuda, has been deemed ‘the right fit’ by all. ‘The most telling things are the greens,’ said Roy Saunders, the vice president at Bay Hill. ‘Everybody loves the greens. The grass is really doing very nicely. They have really matured well this summer. They are thick, smooth and roll nice.'”

Back in 2009, there were really only two ultradwarf bermudagrasses to choose from, TifEagle and Champion, and possibly a third, MiniVerde. The greens will now be converted to TifEagle, according to the Golfweek story.

Why Bay Hill came to choose Emerald is unknown.

Aerification is an invasive process that can in the short term cause revenue loss while the procedure and subsequent healing of the turf takes place. It is, however, vital for the long term health of the grass, especially an aggressive species like bermudagrass which produces much more thatch than bentgrass or meadowgrass (Poa annua).

There was no mention in the blog post if Beaver had a hand in selecting Emerald or if he was in favor of reduced aerification. Beaver is no longer the superintendent at Bay Hill. Chris Flynn took over in July.

Here’s what one of the King’s men said about Emerald in 2011.

“It takes a couple years for new greens to take hold, so you can manicure them how you like,” Bay Hill General Manager Ray Easler was quoted as saying in the OrlandoGolf.com post. “This grass has done a great job the past couple years. We are really pleased with the choice. It is a strong grass. It takes the heat and maintenance well. It takes over-seeding extremely well, and it comes back. That’s all in the plus column.”

Four years after he uttered those words there is mud on the greens and yet the Bay Hill team is spinning this into a positive and not admitting fault.

“We always strive to have the very best playing conditions, not only for the tournament, but also for our members and guests,” Roy Saunders, vice president of Bay Hill Club, said in a press release. “By taking this step, the club is positioning itself to better achieve its overall objective of offering superior conditions throughout the year.”

It would have better if Saunders stepped up, took some blame and said something like, “at the time we did our homework and thought it was a good grass. We made a mistake. We appreciate the patience of our members and guests and the support of the tour pros that are here this week and we promise a better course in the near future.”

When the massive redesign of Bay Hill debuted at the 2010 Arnold Palmer Invitational, I wrote a blog post criticizing the television announcers for not having Palmer explain why such a massive renovation was necessary, described by the King as  “We changed everything on the golf course, except the fairways,” during a television spot.

Maybe someone should have asked him, “Emerald Bermuda, really?” and “why didn’t you touch the fairways?”

“You can tell how the course was shaped and what was supposed to be fairway, but the rough had encroached into the fairways. They had lost their shape over the years. We went hole-by-hole and re-marked where the fairways should be and mowed them to reflect how the course should play,” he said.

Let’s get this straight, neither the King nor Arnold Palmer design realized that the fairways on his beloved Bay Hill were nowhere near the size and shape they should be, but the new superintendent did? Wow. Good for Flynn. Bad for everyone else.

Come Sunday, however, none of this will matter. It will have been a great tournament. The course will have been in wonderful shape, they’re be lots of talk about the new “G-Angle” bunker and the King will still reign.