The passing of popular and influential head greenkeeper George Brown was announced on the Bigga.co.uk website this morning. 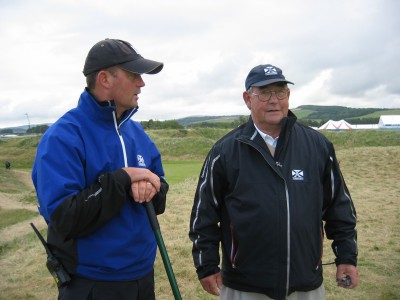 Brown, 77, was the course manager of Turnberry from 1985 to 2009, retiring after the Open Championship that year, his third hosting of that event. He was succeeded by Euan Grant. Grant has since moved on to grow in the JCB-owned golf course in England.

“A gentleman and stalwart of our industry, George has truly dedicated his life to the great game of golf and was the best possible ambassador as a turf care professional,” Grant said in an email.

Prior coming to Turnberry, Grant had been  head greenskeeper at the Old and New Courses in St. Andrews and had grown in Machrihanish Dunes.

“George was an inspiration to me as a young Greenkeeper when I first met him at Turnberry in 1994, giving up an hour of his busy time during the biggest of tournaments to share some experiences and show me proudly around his new maintenance facilities. Fifteen years later I was immensely proud to work alongside him for 6 months prior to taking over from the legend that was George Brown,” Grant wrote.

“He was a huge influence on my career,” Martin said. “I learned a lot from him.”

Martin was at Turnberry in 1995 before moving up to the St. Andrews courses after Brown made a phone call and recommended Martin.

I met George in the early 2000s when the Arran Course was being redone. I spent a few hours with him riding the site in his truck and discussing links greenkeeping. He was a warm and funny man who was thrilled to talk turf with an American journalist. It was a fantastic experience.

We met again in 2009 when I attended the Open Championship and again he made time to talk with me as well as allowing me to tag along during his morning routine.

My brief times with George remain as wonderful memories.