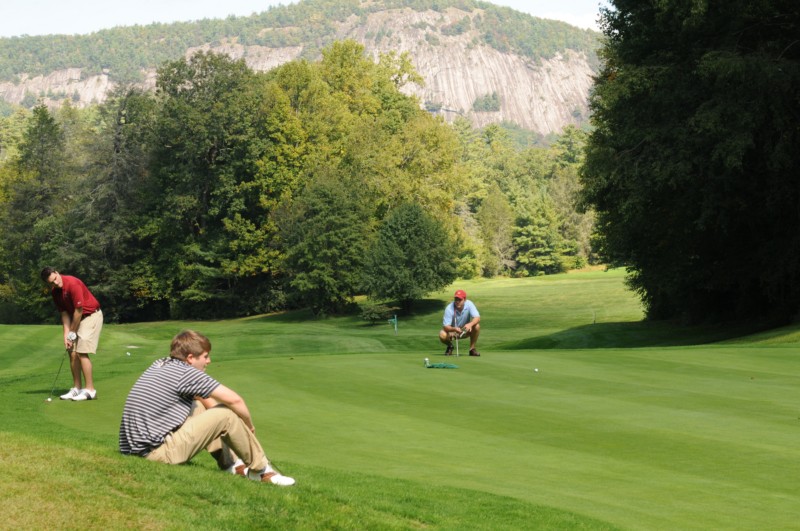 There is a difference between a golf resort and a hotel with a golf course. That difference, alas, is easy to experience at the High Hampton Inn in the mountains of western North Carolina.

The game is the raison d’etre at a true golf resort, and the condition of the course usually reflects its centrality. At a hotel with a golf course, the attitude seems to be, “We’ve got a lot of acreage here, and some of the guests might want to play, so let’s have a course, as long as we don’t spend too much money on it.” 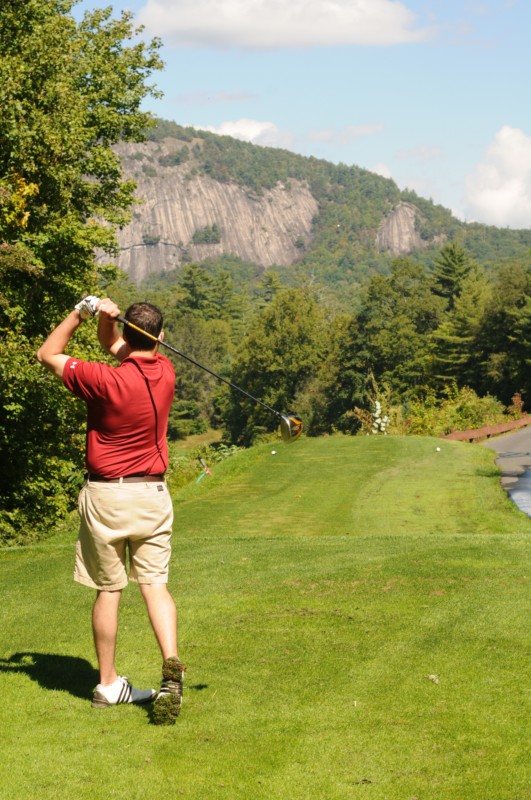 The tee shot back toward Rock Mountain on No. 12

That certainly seemed to be the governing philosophy at High Hampton, where I recently attended a wedding. The inn is an aging example of genteel Southern accommodations, dating back to the era when the cooler air of the mountains was the only relief from the summer heat.

High Hampton has a certain charm. The buildings have rough wooden shingle siding. The main structure has lots of fireplaces and cozy alcoves with leather armchairs, just right for reading. It has an air of formality—gentlemen must wear jackets and ties in the dining room. The grounds are broad and green and there are gardens full of brilliant dahlias. The inn has a small lake, and the whole assemblage sits under the cliffs of Rock
Mountain.
Just maybe, if it could deploy a brigade of workers with chain saws and mowers, High Hampton might have a good, sporty little golf course.  The layout stretches barely 6,000 yards from the tips. There are no bunkers. Even if there were, it has a few too many putative par fours that a long hitter could drive to be a championship-calibre course.
Deep woods line nearly every fairway. There’s nothing wrong with that, except that in many cases the trees have blocked reasonable lines of play. It’s hardly good design to have trees encroaching on the right side off the tee on a par four so much that the player has no choice but to hit a fade if he wants to find the fairway.
When I played, the course was both soggy and shaggy. There had been some rain, but it appeared that the fairways hadn’t been cut in at least a week. A player couldn’t tell, standing on the tee, where the fairway ended and the rough began. Lies were haphazard and thin no matter where the ball came down.
So I’d give High Hampton a C-. It will do for a little recreation if a guest is staying for a wedding and has a few hours to kill. But that’s about all that can be said for it. 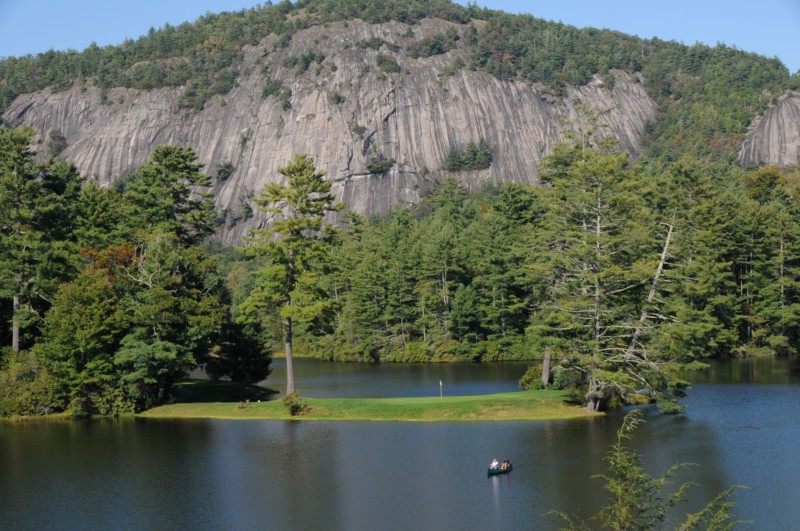 The peninsula green on the par three eighth