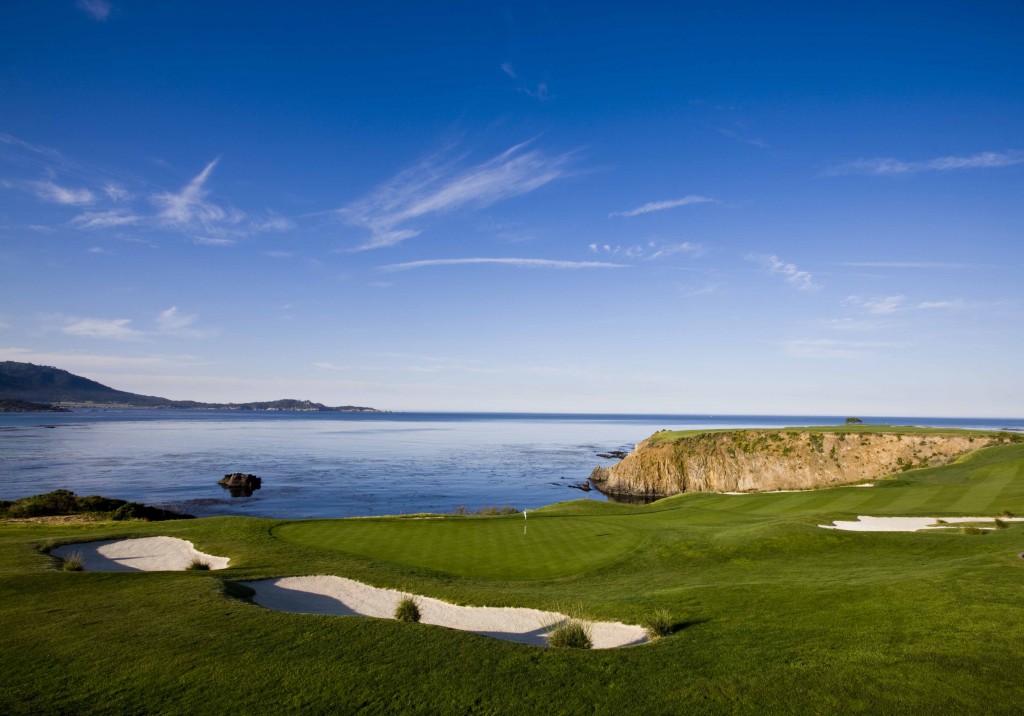 [June, 2010}–In 1992, I was editing a story for Golf Magazine about the stretch of holes at Pebble Beach that line the cliffs above the Pacific Ocean, the magnificent and treacherous sixth through 10th. The writer, incidentally, was Tom Doak. He was then barely getting started as a golf architect, and was better known (if at all) for writing about golf design. His own Pacific masterpiece, Pacific Dunes, was in the future.

The headline I came up with was “Cliffs of Doom.” It turned out to be my one contribution to the golf vernacular.

Over the years I noticed with a touch of pride that the phrase was picked up and used occasionally to describe the cliffside holes at Pebble Beach. Now it seems to have reached a tipping point. With the arrival of the 2010 Open, “Cliffs of Doom” is popping up in prominent places—like the cover of the U.S. Open preview edition of Sports Illustrated Golf Plus and on the photo click-through that accompanies the main golf course story on the USGA’s www.usopen.com.

It’s nice to coin a phrase that catches on, but especially to do so for the front-nine ocean holes at Pebble Beach, perhaps the best stretch of holes in all of golf. You would be hard-pressed to name any stretch of holes that combine the beauty, grandeur, difficulty, and strategic interest of this group.

It starts gently with the par-five sixth and then 109-yard par three seventh—one of the most photographed holes can golf. They are normally birdie opportunities, but even these holes can be terrors when the wind is howling. Then come the true “doom” holes, starting with the dramatic eighth, with what Jack Nicklaus has called “the greatest second shot in golf” over a deep, yawning chasm. The long par-four ninth is the most difficult of the bunch, and the 10th is where the hazard is most in play.

I remember being fascinated with those holes the first time I saw them, as a 16-year-old watching the telecast of the 1972 U.S. Open, the first to be held at Pebble Beach. In fact, those holes were the reason that ABC expanded its coverage to three hours that year for the first time in order to show front nine action.

While I remember Nicklaus’ magnificent 1-iron off the flagstick on the 17th hole in 1972, I just as vividly recall his wind-blown visit to the cliffs on his approach shot to the 10th hole, where he made a double bogey. 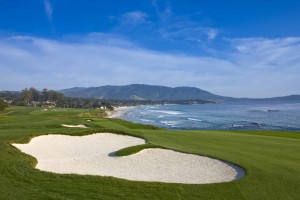 The Cliffs of Doom have provided thrills and chills in every U.S. Open at Pebble Beach. In 1982, Watson caught a break with a decent lie on the cliff below the 10th green and got up and down for a par. But Nicklaus lost a key stroke at the eighth hole, where his run of five straight birdies came to an end when he missed the tiny green with his approach and made a bogey. Watson ended up winning by two shots.

Ten years later, Gil Morgan was the first player to reach double digits under par in a U.S. Open; in fact, he was 12-under through seven holes of the third round. His unraveling began at the eighth hole, where he went long and left with his approach, got too cute with his pitch shot, and made a double bogey. A bogey followed at the ninth, then an approach shot onto the cliff at the 10th for another double bogey, and Morgan was never really able to recover.

The next day, winner Tom Kite produced his signature moment of the championship standing just yards from the ocean on the seventh, where he pitched in for an unlikely birdie during that wind-blown final round.

Tiger Woods’s most memorable shot in his extraordinary 15-stroke victory in 2000 also came on the front-nine cliffside stretch. After driving into the thick right rough on the par-five sixth during the second round, he faced a 208-yard shot to a green perched well above him. Instead of safely pitching out, he powered a seven-iron over the cliff in front of him to within 12 feet for a two-putt birdie, prompting NBC’s Roger Maltbie to say, “Guys, this is just not a fair fight.”

How many other courses have produced so many memories on the front nine? (Indeed, with the move of the fifth hole from inland to oceanfront in the 1990s, the course now hugs the coast from the fourth hole through the 10th.)

The doom is being emphasized more than ever. Previously, the 10th hole was the only one where a pro might hit his tee shot into the ocean. But now the fairways have been shifted to the edge on the sixth, eighth, and ninth holes, bringing the hazard frighteningly into play. And there’s no buffer of rough to intervene and keep the ball on the golf course. For good measure, the ninth hole has been lengthened by 40 yards and the 10th by 55 yards.

I have a feeling that these holes will play a prominent role in the outcome again this year. In any case, they will be fascinating to watch.

It’s nice to see “Cliffs of Doom” catch on, because earlier I missed a golden opportunity to coin what became a famous moniker. For a while in the late 1980s, there was grapevine talk that Greg Norman had been given the nickname Great White Shark by the Augusta Chronicle at the 1981 Masters, where in his media conference one day he told the writers that he enjoyed hunting for sharks off the coast of Australia.

I was working for the Chronicle then, and I had the Greg Norman beat that year, responsible for every word that was written about him. Alas, a check of the newspaper’s clip files revealed that neither I nor any of the headline writers had ever referred to him as the Great White Shark—a nickname that seems so obvious in retrospect!

At least I can say that in my time at the Chronicle I worked with the man who came up with “Arnie’s Army.” That one is true. It was coined by deskman John Sands based on a column written by sports editor Johnny Hendrix in 1959. Sands was a crusty (but loveable) wire-desk editor during my stint in the early 1980s. Two years ago, on this video prepared by the Chronicle for its Masters website, he told the story behind
how “Arnie’s Army” started and caught on. Is that a classic newspaper guy or what?!