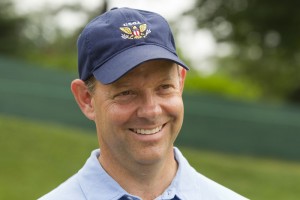 Strangely enough, these traditionalists are miles apart in their thinking on golf course setup, and to an extent on golf design—even though they both admire the same courses built from around 1915 to 1935.

Those courses have always been the favored sites of the USGA for the U.S. Open. And those layouts from the Golden Age of golf architecture are also revered by golf design aficionados. But what the USGA does to those courses for the U.S. Open—or what the PGA Tour* did to Shaughnessy Golf & Country Club for last week’s Canadian Open—sometimes makes those architecture traditionalists weep.

*The PGA Tour was ultimately responsible, but since the Canadian Open setup differed so much from the Tour’s norm it’s likely that the Royal Canadian Golf Association and the club itself played a role in the course featuring the deepest rough of the year.

The architecture traditionalists are making progress regarding the length of rough. There’s a near universal consensus these days that having deep rough bordering the fairways, forcing the players to wedge out of the long grass, is not the way to go. Anytime that happens, as at Shaughnessy, there is a chorus of criticism, and not just from the players. Most media voices decry that type of setup, except for the occasional newspaper columnist writing that he loves watching the pros suffer.

Even the USGA has softened its stance on the rough—and they were doing so even before Mike Davis took over as the course setup honcho in 2006. As far back as the 1999 U.S. Open, the USGA went with relatively light rough at Pinehurst No. 2. They liked the results so much that they continued to scale back the rough in future years, espousing the new philosophy that it was more interesting to give the players a chance to try to hit the green—but still challenging because of the difficulty of controlling the ball. There were a couple of occasions where the rough was thicker than that, but those were due more to superintendents not getting the message (under Davis, the USGA has done a better job of getting everybody on the same page) or because of the weather.

But, make no mistake, rough is still a big part of the U.S. Open equation. Davis’ graduated rough scheme, while allowing for moderate instead of severe rough close to the fairway, also calls for “wedge-out” rough further out for wilder drives.

Probably the biggest difference between the two camps regards width. The USGA wants narrow fairways, to test the players’ driving skill. The architecture aficionados want wide fairways to give the players more options for how to play the holes.

Under Davis, the USGA has stopped its ever-narrowing trend. He has even widened fairways in places, particularly on long par fours. Still, the U.S. Open corridors are pretty darn narrow. Davis has stated that the days of 40-yard-wide fairways are over because modern equipment enables the players to hit the ball straighter. And overall he has retained the philosophy that the U.S. Open should be the game’s toughest test (if he hadn’t done that, he certainly wouldn’t have had the approval of the older-school USGA people). Under his watch, the winning score has been close to par nearly every year, and even over par a couple times, the low scoring at Congressional this year being an aberration (though significant in that it showed the modern USGA won’t pull out all the stops just to keep from having too many scores in the red).

The architecture traditionalists call the type of golf played at the U.S. Open, or last weekend’s Canadian Open, boring “Point A to Point B” golf. They would rather give the players options of going farther right or left, either as alternate routes to the greens on holes designed to provide risk/reward choices or setting up better approach shots based on that day’s hole location. Narrow fairways allow only one way to play.

Geoff Ogilvy espoused that view to Lorne Rubenstein of the Toronto Globe & Mail last week. “The wider the course the better,” he said. “The biggest disappointment to me is that most people don’t get it.”

Well, I get it, as in I understand the point. But I don’t agree with “the wider the better” for a PGA Tour course. Yes, width can make for more interesting golf on an exceptionally well designed course. But even on such a course, it also makes things somewhat easier (and much easier on a course of not-so-special design). Go astray on a wide course, and the penalty is a tougher angle to the flag. But that’s not really much of a penalty when you have a short iron in your hand, as Tour players do most of the time. It means they can hit the ball pretty much anywhere with impunity.

Point A to Point B golf might not be quite as interesting. But it does test the players’ ability to actually hit the ball to Point A.

That said, I’m not a fan of severe course setups that produce a winning score around par or not far below. That’s not as exciting to watch, but just as importantly I don’t think it allows players to show their skills to the fullest and does not necessarily produce the best winner.

The truth (at least my version of the truth) lies somewhere in the middle between the two extremes, as it often does.

A historical note: In researching my book, Miracle at Merion, about Ben Hogan’s dramatic victory in the 1950 U.S. Open, I ran across a figure who by all rights should have been a traditionalist in both senses. Richard Tufts was the grandson of the founder of Pinehurst Resort, and he and his siblings were the owners of the property that included Donald Ross’ masterpiece, Pinehurst No. 2. The No. 2 course is much admired for the width of its corridors, its subtleties, and its run-offs around the greens.

Yet Tufts was a USGA man through and through. As chairman of the championship committee in the late 1940s, he did much to codify the U.S. Open setup. And he was a believer in narrowing fairways and growing rough around the greens if it wasn’t already there.

“Around the greens, the rough should be drawn in close,” he wrote in a letter to Merion officials regarding course preparation for the 1950 U.S. Open. “The greens at Merion are large and present an ample target in themselves for any shot to them, provided no previous error has been made. Therefore, if a player fails to hold the green, he should be penalized.”

It shouldn’t be said that Tufts was a proponent of “wedge-out” rough. Here is what he said about the rough bordering the fairways: “The rough should not be so deep as to make recovery impossible or to increase greatly the prospect of lost balls, but it should not be so thin that a wood or long iron can be played from it without difficulty.”

The rough at Merion in 1950 may have turned out more severe than Tufts wanted (“I wish I had the hay baling concession here,” Jimmy Demaret said), but it pleased some old-school observers like well-known golf writer Herb Graffis, who wrote in Golfing magazine: “That’s what fairways are for. . .The pros don’t want a course that tough. But they’ll be getting that tough rough again. . .after the Merion demonstration of the value of requiring that shots be played as a champion ought to play them.”

Graffis was echoing the thoughts of many old-time players, who felt that the courses in the immediate post-World War II period were being set up too easy, without the punishing rough they remembered from the 1920s and 1930s. (It’s possible they just didn’t want to give the next generation their due.)

Was it really like that, or were the courses of the 1920s the open, strategic layouts that the architecture bluffs claim they were?

Most likely it wasn’t all one way or all the other, but a definitive answer is lost in the mist of time. In any case, it’s appropriate that such different viewpoints would harken back to a differing view of the past.

4 Responses to “The Two Kinds of Golf Traditionalists”