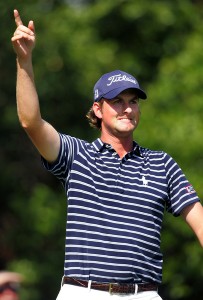 One thing not announced last week regarding the PGA Tour’s new television contract covering 2013 to 2021 was the future of the FedExCup and playoffs.

Since the deal is pretty much an extension of the existing contract in most respects (with the addition of digital bells and whistles), expect the schedule and the playoff structure to remain pretty much intact. After all, the playoffs were considered an important component of the current contract.

If the status quo is maintained, that would mean a continuation of a franchise that has been both a flop and a success over its first four-and-a-half years. A flop because nobody cares that much about the FedExCup playoffs in a sport where the major championships are king—but a success because almost without fail they have brought compelling tournaments involving the Tour’s top players.

2007: Steve Stricker’s victory at The Barclays established him in the upper echelon of players, Phil Mickelson and Tiger Woods finished 1-2 in Boston, then Tiger took over with wins in the last two events, including a dominating performance (eight-stroke win) at the Tour Championship.

2008: Vijay Singh won The Barclays in a dramatic playoff over Sergio Garcia, where both holed long birdie putts on the first extra hole. After Singh made it a sweep of the first two playoff events by winning in Boston, Camilo Villegas won the last two—the second in a playoff over Garcia. The only flaw was a system where Singh had the FedExCup wrapped up before the Tour Championship, when apparently nobody had considered that it was possible for a player to win the first two events. The system was tweaked after that.

2009: The first Cinderella story as Heath Slocum beat big names Woods, Els, Stricker, and Padraig Harrington at The Barclays. Then wins by Stricker, Woods, and Mickelson (over a runner-up Woods).

2010: A Matt Kuchar playoff victory at The Barclays that ultimately earned him the money title, a great back nine by Charley Hoffman in Boston, redemption for Dustin Johnson at the BMW, and Jim Furyk claiming Player of the Year honors by winning the Tour Championship.

2011: Another playoff win for Johnson, one of the game’s young guns. And an exciting final round at the Deutsche Bank where seven players held the outright lead at one time or another, with Webb Simpson continuing his breakout year with a playoff victory.

That’s great stuff. So, whatever you think of the playoff concept, there’s no denying it has given us exciting tournaments. The cream has risen to the top, with the occasional upstart like Slocum or Chez Revie (playoff loser this week) giving some hope to those who enter as also-rans.

But even the upside has a downside. By assuring that the top players gather for these tournaments, it has hurt the rest of the schedule. With commitments to the majors, the playoffs, the WGC events, and special tournaments like the Memorial and Bay Hill, there’s not much room for the game’s leading lights to play elsewhere, giving a run-of-the-mill feeling to many tournaments.

The FedExCup points race hasn’t proved to be something that adds interest during the regular season—nobody really cares much about it until the final pre-playoff event (and the incessant hype by the PGA Tour turns some people off).

The significance of the playoffs varies somewhat from year to year, depending on what happened during the rest of the season. In years when the picture is muddled after the majors and regular season, such as 2010 and 2011, they can be the determining factor for Player of the Year.

I think three playoff events would be better than four. Especially coming on the heels of the British Open, WGC-Bridgestone, and PGA Championship, it’s a scheduling crunch. And cutting down from 125 players at the first event to 100 for the second hardly seems significant. With three events, they could go from 125 to 70 to 30 while giving players more regular-season schedule opportunities.

Regarding the format, there are good arguments to be made on both sides for giving some importance to the regular season or emphasizing the playoff results more. I’m in the don’t-ignore-the-regular-season camp.

Perhaps the key to appreciating the playoffs is not to compare them with the championship post-seasons in other sports. Sometimes the Tour gives the impression that’s what it has tried to create. But clearly that’s not possible in golf.

Still, a concept that has given us such a steady string of memorable tournaments has been a good thing for golf fans.