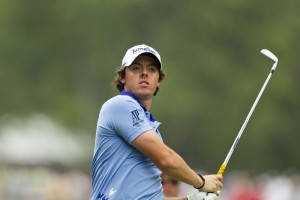 Rory McIlroy may be the future of golf, but he's not a PGA Tour member. Photo copyright USGA/Steve Gibbons.

We’ve read a lot in the last few days about how Rory McIlroy’s U.S. Open victory is a huge shot in the arm for golf.

There are two problems with this:

1) We don’t really know yet if McIlroy will be dominant enough for this to be called the Rory McIlroy Era, as some have already proclaimed it.

2) Even the short-term excitement about the 22-year-old’s Congressional cakewalk isn’t a big boost for the PGA Tour, of which the Northern Irishman is not a member.

McIlroy will be playing only two more events in the U.S. this year, the WGC-Bridgestone Invitational and PGA Championship. He won’t be participating in the FedExCup playoffs.

Those playoffs were the main factor in McIlroy giving up his PGA membership after his one year as a member, 2010. While he might have lived with the 15-tournament minimum, McIlroy didn’t like having to be in the U.S. for such a long stretch in August and September, starting with the Bridgestone the week before the PGA Championship and running all the way through the four-week playoffs (there are a couple of off weeks in that nine-week stretch, but it’s not really appealing to make a trans-Atlantic trip for one week and then jet back).

Giving up his membership means that McIlroy is limited to 10 PGA Tour events per year*. Once you get past the four majors and three WGC events, that’s just three regular tournaments. The Tour made a ruling that McIlroy could enter the Players Championship and not have it count against his 10, but he elected not to play anyway.

*Generally non-members are allowed 12, but if you have a card and relinquish it, the number is reduced to 10 for the next five years.

The Tour is dependent on television contracts for much of its well-being. It is about to head into negotiations this year for the contracts that will begin in 2013. Those contracts don’t include the majors, so the impact of all the excitement about Rory will be approximately zero.

This is very much unlike what happened in 1996-7 when Woods burst on the scene just as the next TV deals were being negotiated. The closest parallel is when Spain’s Seve Ballesteros won his first major at the 1980 Masters at the age of 23. What followed was an often acrimonious six-year tussle between Ballesteros and the PGA Tour, which wanted one of the game’s top gate attractions to play in its events but on its terms.

It took some years of haggling to even finalize what those terms were—and then Ballesteros balked at them and was banned from the Tour in 1986 for not playing the minimum of 15 tournaments the previous year. Ballesteros warmed up for the Masters that year by playing a couple of mini-tour events, and when he arrived in Augusta called Commissioner Deane Beman “a little man who wants to be a big man.”

It’s likely the two sides will be more cordial this time. McIlroy’s U.S. Open success—and the warmth with which he was received by the American crowd—might make him consider rejoining the PGA Tour. But frankly it seems doubtful, considering the FedExCup schedule, the strength of the European Tour these days, and McIlroy’s strong ties to home.

So, if this really does become the Rory Era, the PGA Tour will be stuck with limited appearances from the No. 1 gate attraction. It might consider changing the penalty provision and let him play in 12 tournaments, but that still wouldn’t be a lot.

In any case, McIlroy will probably still be allowed to go one over whatever the number is by playing the Players. But if he elects not to play it—and he might not, with the European Tour having a couple of big events in May—the move of the Players from March to May looks like a blunder. When McIlroy and Lee Westwood skipped the tournament this year, some sniffed that their absence didn’t affect the gate and they weren’t really missed. That was true, but it missed the point. If the Players is to be a truly top-notch event, it has to include all of the top players. And it would really lose face if the leading man of the era didn’t show.

Down the line, we may end up with something approximating a world Tour—not a new Tour or a new governing body but a schedule of events featuring the world’s top players that could grow organically out of the existing Tours, if they cooperate. It wouldn’t get McIlroy playing in the U.S. more. But it could get him on television more, if some of the international events received network coverage in the States.

That’s not something that would be likely to happen with the next TV package, but maybe the one after that. Meanwhile, the U.S. will try to grow some stars of its own.