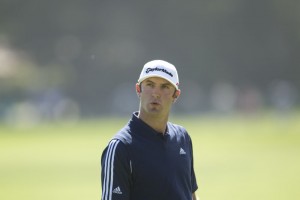 Dustin Johnson blew the U.S. Open with a bad final round, but what happened to him at the PGA Championship was even worse. Photo Copyright USGA/Steve Gibbons.

From a Rules of Golf perspective, it was a simple ruling.

Was Dustin Johnson’s ball lying in a bunker? Definitely. Did he ground his club? Definitely.

End of story, as far as the ruling goes. Of course, that’s not really the end of the story. Not when it’s a 72nd-hole ruling that helped to determine the PGA Championship, a ruling that will live in infamy alongside Roberto De Vicenzo being disqualified from the 1968 Masters for signing an incorrect scorecard.

There’s plenty of blame to go around. And also extenuating factors for everyone that you can blame. Chalk it up as a perfect storm of circumstances that ended with Johnson’s chances being washed away.

The perfect storm began with Johnson’s drive ending up where it did. Standing on the 18th tee with a one-stroke lead, he blocked his drive way to the right of the gallery ropes. It was so far to the right that it sailed over the heads of the mass of the gallery and appeared to land on the ground rather than beaning a fan. But there were people in the area, and the ball appeared to pinball off a couple of them once it hit the ground and started bouncing. So the ball arrived at that particular spot by random luck.

As luck would have it, that was a level spot with a clean lie, affording Johnson a shot at the green. But that clean lie was in the sand, and that’s where things got sticky.

If there had been no people around, it would have been fairly apparent that the ball was in one of the many bunkers that dot the grounds at Whistling Straits (Golf Digest’s Ron Whitten counted 967 of them). CBS’ overhead graphic of the 18th hole showed it as a bunker. There clearly was a lip at the front of the bunker.

The confusing part was that his ball was in a spot on the edge of the bunker, a spot where Johnson did not have to hit over the lip. Just looking at this small, level spot, unconnected with anything else, you might get the impression that it was just an area that had been worn out from spectators walking on it. That’s what Johnson thought.

But the spot was connected to something else, namely the rest of the bunker. To the right of the ball was nothing but sand. To the left of the ball, where Johnson planted his feet for the shot, was thick grass. That line between grass and sand was the delineation of the edge of the bunker.

Watching on television, I briefly held out hope that this level spot might be considered not to be part of the bunker, but a worn spot just above it. I later saw that this was wishful thinking. It’s all sand there, so how could you make the distinction of where the bunker ended? The only possible line of demarcation is where the thick grass started. PGA officials in making their decision never questioned whether the ball was in a bunker, the only determination they were making was whether Johnson grounded his club.

Television replays showed that Johnson did ground his club, but that review wasn’t really necessary because Johnson himself said he did. (Ironically, it didn’t even appear that he grounded the club directly behind the ball, but he did ground it to the left of the ball in preparation for the shot. Technically, that could have given him a feel for the firmness of the sand and aided him in playing the shot, though it’s unlikely that’s why he did it.)

Clearly, a case can be made that the penalty was Johnson’s own fault. The PGA had spelled out on a rules sheet handed out to the players and also posted in the locker room that all of the bunkers on the course, even those outside the ropes, would be treated as bunkers and not as waste areas. Johnson admitted that he never read the sheet, which is inexcusable even though he’s not the only player who routinely stuffs each week’s rules sheet into his locker, his golf bag, or the trash without reading it.

The extenuating factor in Johnson’s case was that he didn’t have much room when he got to his ball. It wasn’t readily apparent that he was in the bunker because there were so many people standing in the bunker that they obscured it. He (and his caddie) focused only on the immediate area where his ball was lying.

Given the circumstances, and the intensity of the situation, I’m not entirely sure that reading the rules sheet would have saved Johnson. But it might have planted the seed in his mind that if your ball ends up in sand at Whistling Straits, there’s a good chance it’s in a bunker, and you had better not ground your club. He also would have been aware that, unlike at other PGA Tour events, some bunkers were outside the ropes and spectators were allowed to walk in them. At the very least, it might have been enough to make the light go on in his head that he should ask the official walking in his group if he was in a bunker.

How about that official (David Price)? Should he have taken a look at the situation and warned Johnson that he was in a bunker and couldn’t ground his club? The rules do allow officials to warn players and pre-empt potential penalties before they happen. In hindsight, that would have been a great thing to do. Realistically, with so many spectators crowding the area, it wasn’t easy for the official to get to where Johnson’s ball was. And the general protocol in such a situation is not to hover too close to the player.

How about Johnson’s caddie? Again, in hindsight, yes, he could have sounded a warning. But he’s focused on giving Johnson an accurate yardage and good advice on the type of shot to play, and it’s not really his responsibility. (Although planting the bag and standing further into the bunker than Johnson perhaps should have alerted him that maybe this was a bunker.)

Could crowd control have been better? Not really. There was a mad dash to where Johnson’s ball lay, so that spot was immediately surrounded by hundreds of spectators. The corridor that was cleared was pretty narrow but sufficient to give room for Johnson to plan and execute the shot. And, as mentioned, spectators were allowed in the bunkers all week.

The biggest question of all, in my mind, is whether the PGA should have declared the bunkers outside the ropes to be waste bunkers rather than hazards, so that it would be allowed to ground your club. It’s just very strange to have spectators walking through bunkers and to have bunkers that don’t have rakes (but doable because it’s hard sand that is almost like dirt).

When the PGA Championship first came to Whistling Straits in 2004, up until the week of the tournament officials were considering whether to declare the outside-the-ropes bunkers to be waste bunkers. They decided that in order to avoid confusion about different bunkers being treated differently, all bunkers would be considered hazards.

Unfortunately, Stuart Appleby had played the course about a month before and been told that they would be waste bunkers. When he got to the championship, he did not read the rules sheet that deemed them hazards. (Sound familiar?) During the third round, he was penalized four strokes—two for moving loose impediments in a hazard and two for grounding his club. He ended up finishing five shots out of a playoff, so the penalty cost him a lot of money.

This time officials hoped that a consistent policy would avoid a similar problem. Wrong.

My thinking is that declaring the bunkers outside the ropes to be waste bunkers would have been the most sensible policy. If they don’t have rakes, that distinguishes them from the more usual kind of bunker, and the same goes for allowing spectators to meander through them.

I don’t think there would have been much confusion caused by using the rope line as the delineation between hazard bunkers and waste bunkers. (As the course was set up, the rope line went through some bunkers, but that could have been done differently.) And Dustin Johnson would have been part of the playoff instead of having his heart ripped out. Granted, that’s hindsight, too.

Actually, my first angry thought when this happened was directed at architect Pete Dye. He’s the one who splattered these bunkers all over Whistling Straits. The vast majority of them are not even in play. The excess of bunkering smacks as a gimmick, a talking point for publicists, on a course that is good enough not to need any gimmicks. The idea was that this was a course inspired by Irish links, but the humps and bumps without the bunkers would have been sufficient to get that idea across. In fact, I don’t think there are Irish courses with so many bunkers.

And it was one of these silly bunkers that caused one of the cruelest rules situations in golf history. (The bunker that Johnson found is in play, of course, but bunkers usually are not found in spectator areas.)

Then I read a report that said Dye planned for those bunkers to be waste bunkers. So that shifts responsibility to the PGA. Then again Johnson should have been more aware…and the official might have said something…and the caddie might have said something…and the ball could have ended up in a hundred other places where it would have been obvious if it was in or out of a bunker. So, it really was a perfect storm leading to the worst possible conclusion.

Or not quite the worst. As Johnson himself pointed out, it would have been even worse if he had made his seven-foot par putt on the 18th hole that would have given him an apparent one-stroke victory. Then he, and nearly everyone else, would have thought he had won the PGA Championship, only to have it snatched away from him.

It was also fortunate that Martin Kaymer and Bubba Watson both finished at 11-under. Let’s say that only one of them finished 11-under, and Johnson’s penalty handed him a victory. The win would have been considered an outright gift and a total fluke, and the awards ceremony would have been a somber affair. As it was, Kaymer went out and played good golf in a three-hole playoff to defeat Watson, a somewhat satisfying conclusion under the circumstances. Kaymer will go down in history as an overshadowed winner, but not a fluke winner. It feels like he earned the trophy—but it sure feels like Johnson deserved a shot at it, no matter how clear-cut the rules decision.

2 Responses to “Perfect storm for a catastrophe”