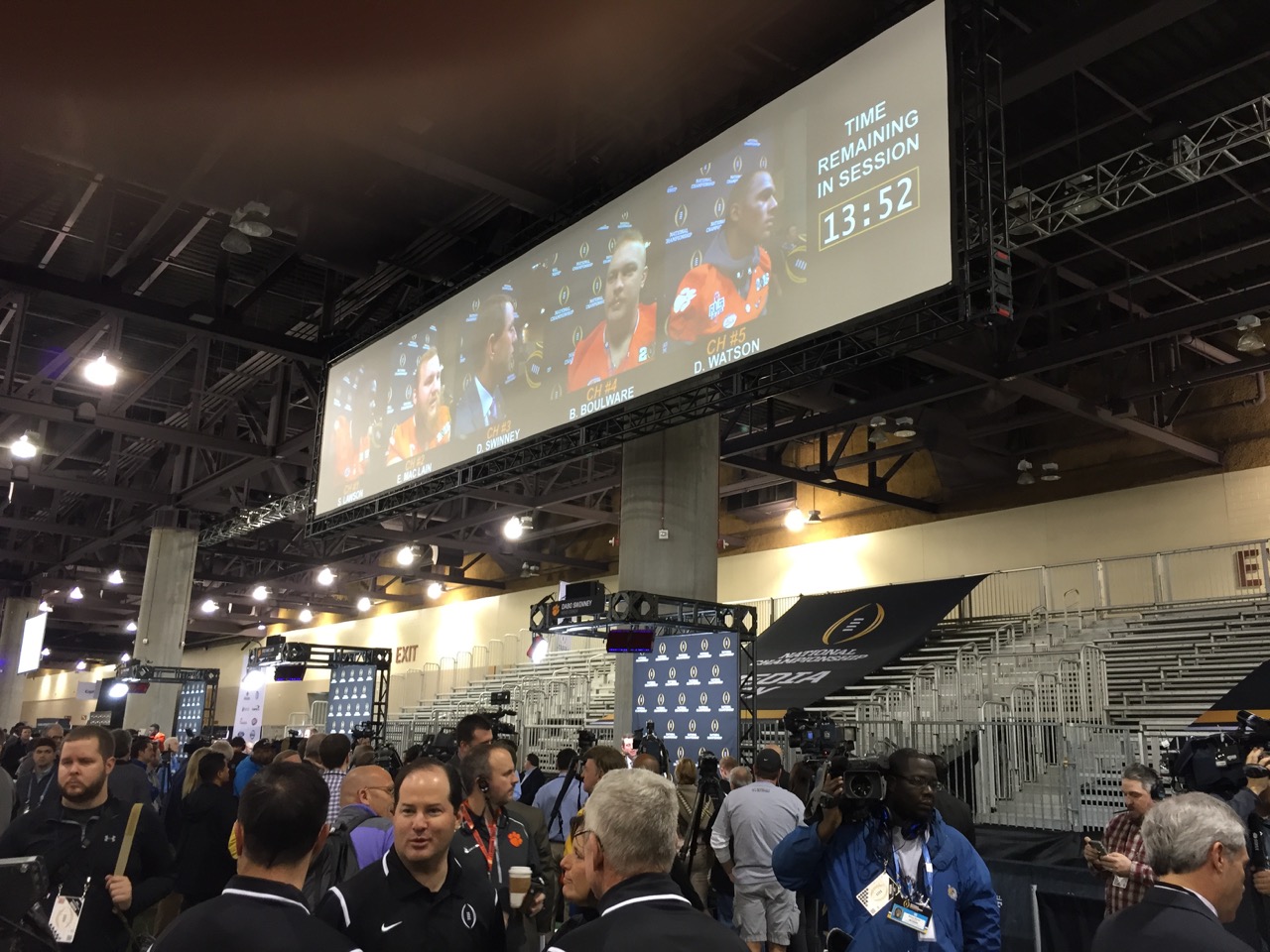 Lip-reading fans were able to follow five interviews at once on the Big Board at the College Football Championship media day.

PHOENIX—Back in the day, my old softball buddy Mike Royko often mentioned a phrase he had heard from an old baseball hero. Or some guy on the barstool next to him.

It’s an approach to life that’s designed not to addle the brain.

When faced with a dilemma like choosing Alabama or Clemson for college football’s national championship, I have adopted this corollary: “When in doubt, stick with the devil you know.’’

Meaning no disrespect to either the Crimson Tide or the Low Country Tigers, I’ll take Bama.

This is not an easy call. Quarterback Deshaun Watson, who finished third in the Heisman Trophy voting, is the real deal, a free-wheeler who gives the Tigers a chance to spread out Alabama’s defense, which is exceptionally stout inside.

The Tigers’ retooled defense, which is sixth in the nation in yards allowed (301.6 per game), also is championship-worthy, notably in the secondary.

I expect the Tide to roll to their fourth national championship in seven years, though, for a number of reasons.

One, when in doubt, trust the Southeastern Conference, winner of five of the last nine national championships. In a proving ground like the SEC, There’s a lot more that what we know about the devilish Crimson Tide.

Two, until further notice, Nick Saban is the world-wide leader in the realm of college coaching. A win vs. Clemson on Monday would give him his fifth national championship, including his 2003 triumph at LSU. 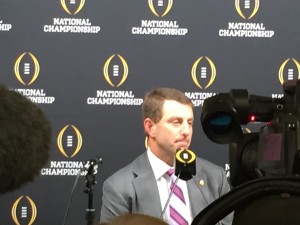 All credit to Dabo Swinney, who has put Clemson in position to win its first title since 1981. A walk-on receiver who played on Bama’s 1992 national championship team, he’s even the subject of speculation that he could return to his alma mater if Saban decides to take another shot at the NFL.

In the meantime, count on Saban to get it done when there’s this much on the line.

Three, on a more tangible note, Alabama sports a defensive line that is as deep as it is talented. For all the time we spend, and all the praise we lavish, on quarterbacks and running backs and receivers, D lines are very often the real game-changers.

The biggest reason the SEC is the nation’s best conference year after year is that it has more 6-4, 310-pound D linemen who can run like the wind than anybody else. I encountered that long ago covering the 1985 Bears.

Big, fast, agile and strong are the hardest people to find. 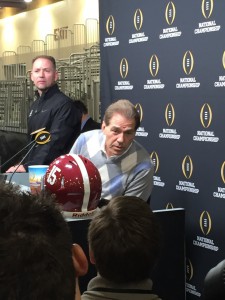 Saban is the world-wide leader in college football coaching.

The Tigers acknowledged as much at media day on Saturday at the Phoenix Convention Center.

“They’re monsters,’’ offensive guard Eric MacLain said of Alabama’s defensive front. “And they have a ton of guys that can rotate in.’’

Asked about Alabama’s unbridled expectations, Swinney had a ready response.

“At Alabama they expect you to win the National Championship every year,’’ he said, “and at Clemson it’s only every other year.’’

Logic says that Clemson will try to crack Bama’s defensive juggernaut by letting Watson run, and keep its fingers crossed that the pounding doesn’t get to him.

It further says that the Crimson Tide will rely on Heisman Trophy winner Derrick Henry to shoulder a big load.

“I just do what I’m told,’’ said Henry, who seemed uncomfortable when I asked him what his ideal number of carries would be.

Henry had only 75 yards on 20 carries when Bama put a 38-0 beating on Michigan State. That was his fewest yards against a competitive opponent all season. No wonder he didn’t want to talk about carries

That game plan was a credit to Crimson Tide offensive coordinator Lane Kiffin, the former boy-wonder who correctly calculated that the way to navigate through Michigan State’s excellent defense was to use the Heisman Trophy winner as a decoy.

Look for Kiffin, who flopped at USC, to land another head-coaching opportunity soon.

A rising Tide raises all boats.