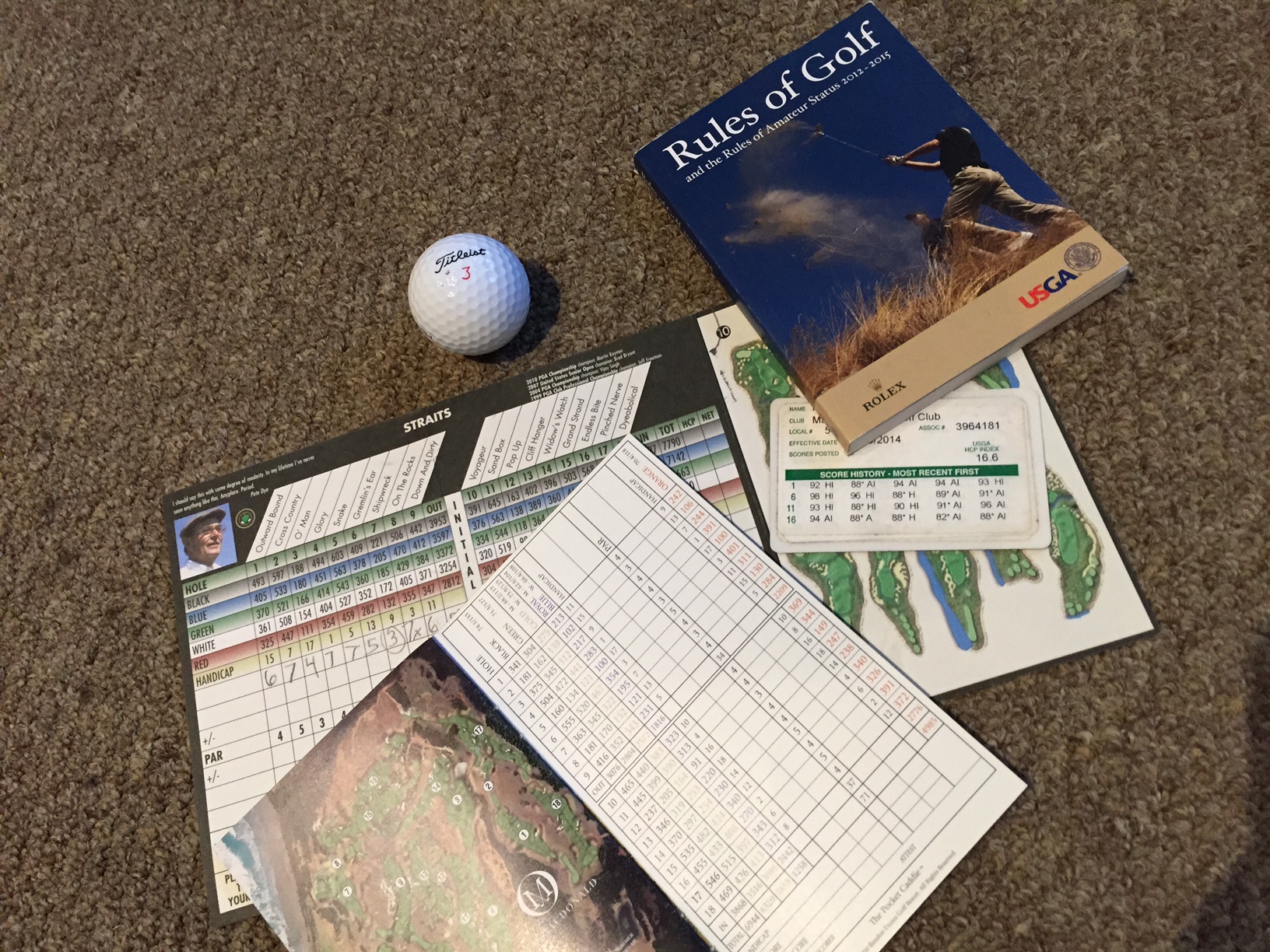 While driving to the golf course one morning, I heard a wonderful response from the late great Walter Payton when he was asked during a radio interview what his golf handicap was.

“Are we braggin’ or bettin’?’’ the Hall of Fame running back said.

That’s just one of the conundrums posed by the golf handicap, which is supposed to be the great equalizer in golf.

In some ways, it is. Two perfect strangers can meet on the first tee for an informal match, a club event, a regional tournament—and compete on a level playing field, based on their skills.

The problem is, the handicap is not theoretical. It’s convoluted–in so many ways. You take 10 of your last 20 scores, multiply by this, subtract that. And so on and so forth.

And when you’re finished, an 18 handicap is a guy who shoots 90, 18 strokes over par. Sometimes.

The handicap has always reminded me of Winston Churchill’s comment about democracy: “It’s the worst form of government. Except all the others that have been tried.’’

For starters, what’s the deal with throwing out 10 out of 20 scores? Where in sports—where in life—does that ever happen?

That’s especially strange because golf is totally unforgiving during the game itself. In baseball, you can foul off two pitches, and then hit a home run.

The only accounting system more devious than the golf handicap is used for income-tax deductions. You know, the one that allows millionaires to pay tax bills as if they were paupers. Because it’s “good for the economy.’’

A quick internet search of the phrase “golf handicap’’ uncovers all kinds of quantum-physics-like numbers. It also features fancy explanations like this: “A player’s handicap is intended to show a player’s potential, not a player’s average score.’’

The response of my friend Jamie, an 8 handicap, is that this approach sets us all up for frustrating disaster. His reasoning? Everybody expects to play to their handicap every time they tee it up. The math says that’s only going to happen every once in a while.

Jamie usually says this while struggling on the front nine. Before he beats my brains in on the back nine.

Meanwhile, my friend Ike, a 21, believes in handicaps the way Moses believed in the Ten Commandments. They were handed down by the golf gods impartially and are a true reflection of our golfing prowess, right down to the last .10th of an index point.

I think he recites this dogma because he gets a lot of strokes. I know I used to do the same thing when I was the one getting the strokes.

To his credit, Ike counts every single stroke of every single round. Also to his credit, he plays his best golf when he’s in matches against his buddies. Those no-wagering 108s turn into 92s when bragging rights are on the line.

Is he a handicap sandbagger? No. He’s just clutch.

As Payton’s “braggin’ or bettin?’ ’’ comment succintly mentioned, many competitive amateurs face a dilemma. They want a low handicap for cocktail conversation, but it can bite them on the golf course if it’s not acquired accurately.

And the word “accurate’’ opens a whole ‘nother can of handicap worms.

There are so many vagaries. For example, do you happily pick up your two-footers when your friends say, “That’s good?’’ The supposed “gimmes’’ you can easily miss when you absolutely have to make them?

That’s an easy way to shave a few strokes off your true handicap.

Also, are you making your handicap on a home course that you know like the back of your hand? Or are posting astronomical numbers from the wrong tees on a buddies trip at Snakebite National?

That said, in what other sport is there such a beautiful thing? There’s no great mathematical equalizer in tennis, touch football, pickup hoops that allows players of different skill levels to compete against each other.

Through the beauty of numbers, you or I could be paired with some guy named Michael Jordan and compete for bragging rights.

We might even play to our handicap potential in that round. But don’t bet on it.