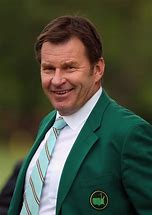 Sometimes a small company gets an endorsement from a major figure without having to dip deep into its pocketbook. This what happened to Vlad Gribovsky of TPK Golf.

Gribovsky attended an Aim Point Express clinic by Craig Farnsworth, “The Putt Doctor,” at Hazeletine National Golf Club in 2015 and discovered that with Aim Point he did a better job of reading greens.

Of course, Gribovsky shared his story about his Putting Stick®training aid with Farnsworth, who happens to be a long-time teacher of Nick Faldo, the winner of three British Opens and three Masters who now is a broadcaster for CBS.

Later, Gribovsky gets a call from Farnsworth saying that Faldo is preparing to get ready to return for an appearance at his last British Open and wanted Vlad to send him one of the training aids.

“I’m going to be in Orlando, and I will just take him one,” Gribovsky answered. Gribovsky wanted to explain in person how the training aid could be helpful and arranged for a meeting with Faldo.

“It helped his putting, he liked it and understood what a great training aid it could be for young golfers, and so it was introduced worldwide to the finalists of the Faldo Series,” said Matthew Faldo, Nick’s son who is the director for the junior events.

As a charitable organization, Sir Nick created the Faldo Series in 1996 to give opportunity to young people through golf and to help identify and nurture the next generation of champions. Supported by golf’s governing bodies, 40 annual tournaments now take place in 30 countries worldwide, spanning Europe, the Middle East, North and South America, and Asia. Raising the profile of golf around the world, more than 4,000 talented boys and girls benefit from the program each year through a unique combination of tournament experience and expert advice.

“A Faldo Series logo was added to the training aids and an agreement was reached whereby TPK will make a contribution to the Faldo Series to help tomorrow’s champions,” Gribovsky noted.

Gribovsky also got more exposure for The Putting Stick when he was sent a video clip that showed Paul Dunne, No. 2 on the European Tour in putting, using it as part of his putting practice routine.

In addition, Mike Bender of the Mike Bender Golf Academy in Jacksonville, FL, ranked No. 6 among teachers by Golf Digest, provided another endorsement.

“The Putting Stick is an excellent training tool for working on and grooving a fundamentally sound putting stroke,” said Bender. “It is very simple to use and fits right in your bag. Anyone wanting to make more putts should use The Putting Stick. It is a great product.”