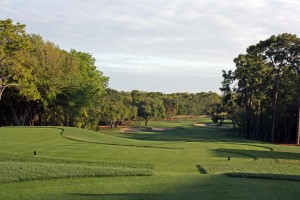 Even golfers staying up to a week at the Innisbrook Resort and Golf Club, located north of Tampa, should never grow tired of the variety of golfing options, not with 72 holes of golf on four courses.

The fruits of an almost $30 million renovation by new owners, Salamander Hospitality, were evident on a recent visit to attend the International Network of Golf spring conference. The resort now has an expanded Osprey Clubhouse,  four specialty restaurants, six swimming pools, a fitness facility, a tennis center with 11 courts, three meetings areas with 65,000 square-foot of space that is great for business meetings and a new 20,000 square-foot Indaba Spa. The 609 guest accommodations range from deluxe rooms to one and two bedroom and executive suites in 28 lodges, named after other famous golf courses, spread out to provide tranquil settings. If you do not arrive in a car, don’t worry. Innisbrook has a very efficient shuttle service that was Johnny-on-the-spot every time I called since my room was a long ways from the meetings and the two courses I played.

The biggest drawing card for golfers is getting a chance to play the Copperhead Course like the PGA Tour players do in March at the Transitions Championship. It’s long even for the pros at 7,340 yards, but it’s also a thinking man’s course with rolling terrain and tall pines framing the fairways that are more like North Carolina than Florida. Most golfers shouldn’t even attempt to go back to the tips, sporting a 76.8 course rating and a slope of 144. The green tees at 6,725 yards with 73.7 and 136 numbers are enough for the lower handicappers, but I would enjoy it more from the whites at 6,180 and 130. It’s still a little too long for women at 5,605 from the reds with 73.6 and 130 numbers.

Playing in a scramble where I got to play from my partners’ longer tee balls, I enjoyed the challenges on the approach shots, contributing more than my share of our best efforts. We just didn’t make enough putts 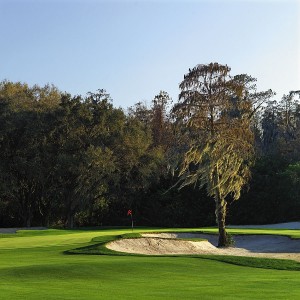 The Island Course, the first to be built back in 1970, may be more difficult with tighter fairways bordered by moss-draped trees and plenty of water hazards, especially after a $2 million facelift that stretched it 350 yards to 7,310 with a rating of  76.4 and slope of 143. The greens were all rebuilt and lowered and replaced with TifEagle grass, just like Copperhead, but approach shots need to be kept under the holes for the most part on the undulating putting surfaces.

I still find it hard to believe that a pair of 15 handicappers, getting 75% of their handicaps, could post a net best-ball of 65 during a qualifying for the International Pairs!

While I did not get to try the other two courses, it seems obvious they are more player friendly based on the lengths, course ratings and slopes, but still present enough challenges to be interesting. Who doesn’t like making more pars and a birdie every once in a while?

The North, which also under went some renovations to add length, will remind you of the Copperhead as it has some of the same characteristics, including one stretch of six straight holes with water. It plays to par 70, measuring 6,325, 6,070, 5,580 and 4,955 from the four tees.

As an extra attraction during the summer when more families come calling, the resort sets up the Fox Squirrel walking course after 4 p.m. It measures only 1,236 yards on holes 1-4 and 14-18 of the South or the back nine on the North when the South is closed.

Larry Packard, 98, designed all the four courses, and still lives at Innisbrook.

While some more work, especially on the greens, is needed, Innisbrook does appear to be making an effort to move up a notch or two among America’s premier golf resorts.