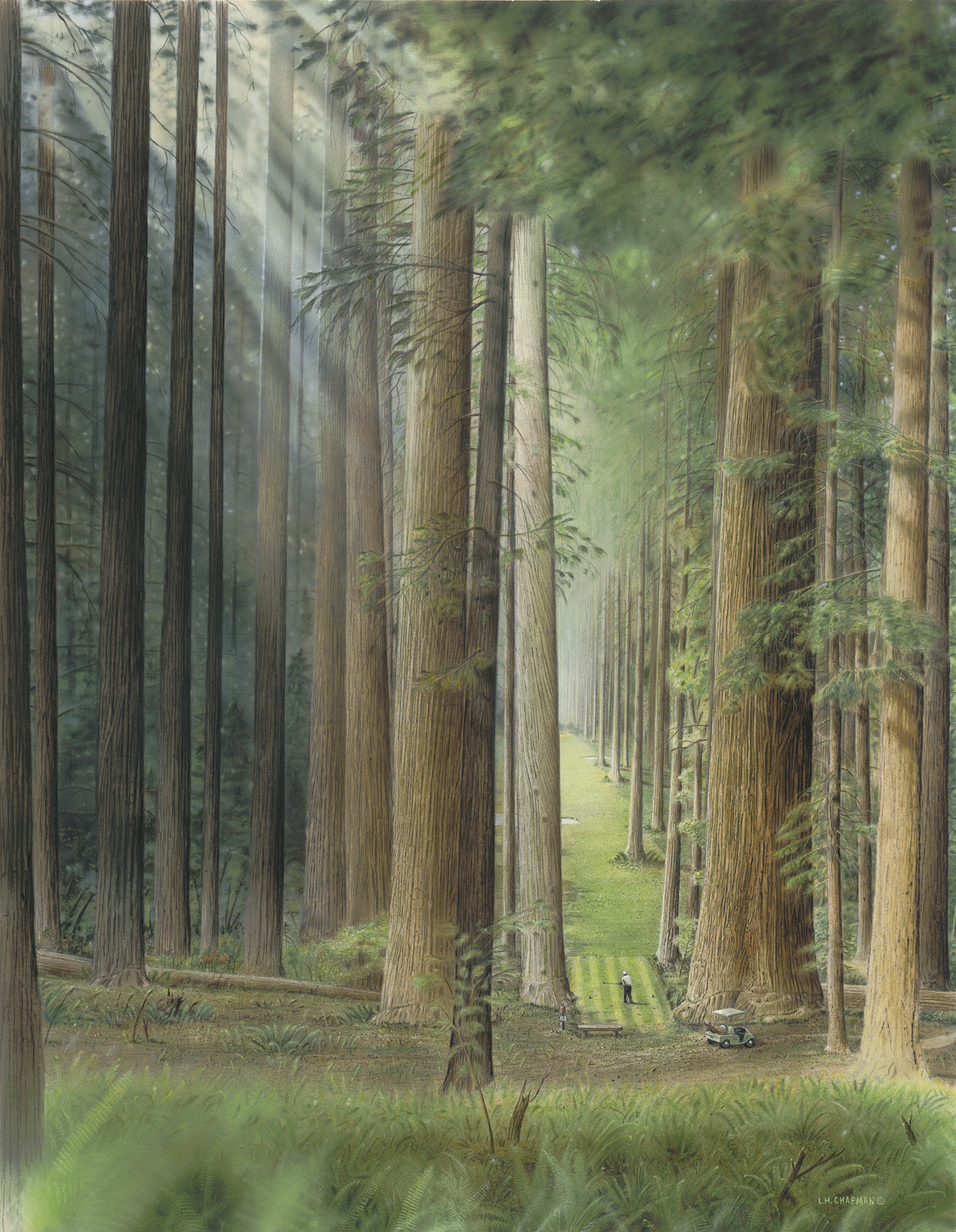 While some of today’s younger golfers may not be aware of them, I’m sure that many of their parents do remember seeing the “Infamous 18 Holes” painted by golfer/artist Loyal H. (Bud) Chapman when they were introduced in the late 1970s and featured on the cover of Golf Digest. Many purchased art prints posters of the unique imaginary course.

These posters were produced by the four-color separation printing process used at the time and came close to duplicating the originals, but now the new Gicleé printing process is able to produce true replicas of the original paintings, allowing TPK Golf to re-issue them with sets of art collector quality prints.

“The difference in color, brightness and shading, and how that affects depth perception. is amazing,” says Vlad Gribovsky. “This is the only edition that will ever be produced, making them true collectibles that will likely appreciate greatly in value.”

A 10-set special early edition of artist’s proofs, signed and numbered by Chapman and also including a Remarque on each print, was also produced. “One set sold to a collector immediately after we printed them,” says Gribovsky. “Sets numbered 1-9, will be available for $63,000 on a first come first served basis by contacting me directly on my cell phone at 1-612-229-75021-612-229-7502.”

Gribovsky points out that no one has seen all 18 of the originals in any exhibit previously. “Four were shown at a gallery as a favor to Bud’s daughter,” he adds.

Go to tpkgolf.com for additional information on the “Infamous 18 Holes” and to get glimpses of the unusual holes.

Chapman, 91, is a native of Minnesota who now lives in Florida. He began painting at an early age and got his start in golf as a caddie at age 12. He was a commercial artist after his discharge from the service as a pilot in World War II. He was a perennial champion at his own club, won several state tournaments and participated in many USGA national events. Today, he regularly betters his age.

As famed golf course architect Pete Dye once noted,” Bud’s innovative thinking certainly influenced many designers to make contours a little steeper and the bunkers a little deeper and generally to think outside the box with news designs, and, in that way Bud made a great contribution to the game.”