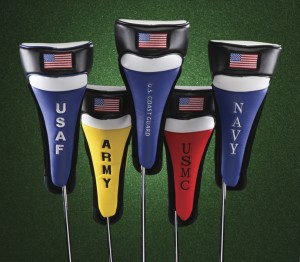 All branches of military personnel are invited to attend the U.S. Senior Open at Indianwood CC.

When the The U.S. Senior Open heads to Michigan’s Indianwood CC in Lake Orion this week, top senior amateurs and golf hero graduates from the regular PGA Tour aren’t the only heroes you’ll see on the grounds.  In an increasing effort to honor the great work and sacrifices of our military, the USGA and host club Indianwood will offer free admission to all military personnel – both retired and active –  on Wednesday, July 11.  The actual tournament runs July 12-15, 2012 but practice rounds are well known to offer the best opportunities for up close and personal interaction with players.

By showing official Military Identification at the gate, guests will receive one free grounds ticket for Wednesday’s practice rounds. As always, children 17 and under are admitted for free and parking for all spectators is free.  In addition, a special arrangement has been made for those who work at the U.S. Army’s Detroit Arsenal.

“The USGA is pleased to honor our nation’s military at the U.S. Senior Open,” said Tim Flaherty, the USGA’s senior director of the U.S. Senior Open Championship. “The U.S. Army’s Detroit Arsenal has more than 8,500 associates, and we are proud to assist in a program that provides quality of life for soldiers, their families and civilian employees. We appreciate the efforts of those soldiers, whether on active duty or retired, as well as those working behind the scenes as civilians in military work.”

Together, the USGA and Indianwood have coordinated efforts with the U.S. Army TACOM LCMC to show appreciation for those soldiers currently serving, retired soldiers, and those behind the scenes. These efforts include:

“Military Hole” – For the first time at a USGA event, the 451-yard 16th hole at Indianwood will be designated the “Military Hole” on July 11. At the hole, the everyday pin flag will be replaced by an American flag. When golfers reach the putting surface, a caddy will deliver the flag to a local soldier who will hold the flag at attention, effectively “tending the pin” – and keeping the flag safely off the ground. Caddies will replace the flag as groups move to the 17th tee.

“I am equally happy and proud that our folks at Indianwood and the USGA are able to provide this kind of recognition and have Army participation at the U.S. Senior Open Championship,” said Keith Aldridge, General Manager of Indianwood Golf and Country Club and U.S. Senior Open Championship chairman. “This is the type of community involvement and spirit unique to the sport of golf and one that really hits home here in Michigan.”

Detroit has always been known for its car production but many younger Americans are unaware of the role Detroit factories played during WW II in supplying tanks, jeeps, aircraft and other military hardware to the war efforts.