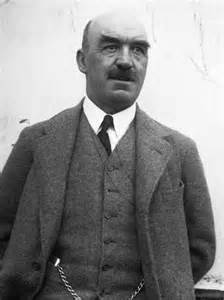 Dr. Alister MacKenzie would be proud to judge this contest.

Have you ever played some poorly-designed golf hole and thought, ‘Wow, I could do better than this!’?

Here’s your chance: The Lido Design Competition is yours to win if you can best other fledgling golf architects who enter the contest. Co-sponsored by Golf World and the Alister MacKenzie Society, the Grand Prize is $3000 cash as well as an invitation to Ireland, September 1-3, so you can play golf at the Society’s meeting at Lahinch GC. An extra $2000 will help with travel expenses to the Emerald Isle.

This design contest began in 1914 and was won that first year by none other than…..Dr. Alister MacKenzie. His winning entry was used as the final hole at the now-defunct Lido GC on Long Island, hence the contest’s name. Back then, the rules dictated designing a two-shot hole. This year, however, the contest rules have been bent a tad. In honor of the centennial and in keeping with the artistry of some of MacKenzie’s best holes like the 16th at Cypress Point or Augusta National’s 12th, organizers are looking for an original one-shot wonder which 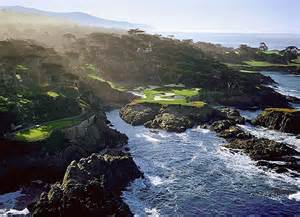 The feared but respected 16th at Cypress Point.

reflects the good doctor’s design philosophy. MacKenzie was a purist and favored variety in routing and hole design, keeping natural features intact, using bunkers as guides rather than being penal, crafting greens with tiers and contours, and above all, believed that courses should be fun and playable for everyone, with alternate routes available for higher handicappers.

Not a computer graphics wizard? No problem. Last year’s winner, Will Kendall of Melbourne, Australia, sent in a pencil sketch; so grab your paper, pencils, or your kids’ art supplies and fashion the hole of your dreams. But do it by May 15, 2014….or rather a few days before that in order to mail in your entry. The old-fashioned way. You can review the rules and download an application at http://www.golfdigest.com/golfworld/2014-02/golf-lido-competition-rules#ixzz2u7ErJ9Me

This year’s judge will be architect Jay Blasi, a former associate of Robert Trent Jones Jr.; Blasi is the co-designer of Chambers Bay, which will host the 2015 U.S. Open. It might not be a bad idea to check out his design philosophy at chambersbaygolf.com.