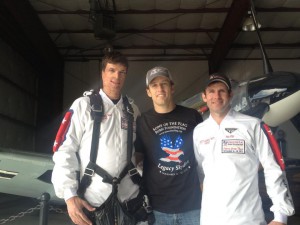 In light of the tragic death of 19 elite firefighters during their attempt to put out wildfires running rampant last week in Yarnell, Arizona, one cannot help but consider the devastation of any burn injury. The only thing which might be considered worse would be to survive such a blaze.  Thousands of people do live through serious fire injuries, both civilian and military.  The pain of recovery is unimaginable and burn victims endure some of the most brutal procedures as they heal.

My nephew, former Navy SEAL Ryan Parrott, left the service in January 2011, after eight years, and is now the Executive Director of Sons of the Flag, a non-profit 501 (c) (3) foundation based in Dallas, Texas.  There, he and his organization are not only aiding burn victims both military and civilian, but are also trying to bring in cutting edge technology and burn treatment methods from all over the world.  Over Memorial Day, Ryan ran the 100 miles from Waco to Dallas in 30 hours to bring awareness to the Sons of the Flag mission.  Here, he was interviewed on the Channel 11 News segment Profiles Of Courage.

Ryan is no stranger to the severity of burn injuries.  In 2005, he was manning the gun turret of a Humvee in enemy territory when his vehicle was hit by an improvised explosive device (IED), causing a flash fire and throwing him from the Humvee. Though burned himself, Ryan saw that his fellow team members were in deeper trouble.  The subsequent explosions and fire left three of his teammates severely wounded and bleeding. His teammates are still recovering from these devastating injuries, but all three are alive.

“Surviving an IED explosion in Iraq opened my eyes to a pain stronger than anything I have ever endured,” said Parrott. “Still, my wounds were superficial and pale in comparison to the wounds of others who have have survived traumatic burn injuries.”

Most people are unaware that severe burns are the most traumatic and difficult injuries to treat and are also the most expensive.  Burn survivors typically suffer through countless surgeries and treatments with little gained for the effort.  Burn surgery is a limited field that is vastly underfunded with newer and better technologies being developed slowly.  Through the foundation, Parrott hopes to partner with other burn centers and medical facilities throughout the world and to encourage young doctors to consider specializing in this field.

In April of 2011, Ryan met Ret. Capt. Sam Brown, an Afghanistan veteran and burn survivor, and was both encouraged and humbled by Sam’s display of strength and courage. “When we first met, Sam and I talked about his injuries and my experience.  I asked him what the medical community was doing for those in a similar situation.  We always hear about the lost limbs and gunshot wounds, but we never hear about burn injuries.  I knew just from one meeting with Sam that I had to do something about it.”

This initial meeting spurred Ryan to embark on a journey to help burn survivors get the help and medical attention that they deserve.  And thus, Sons of the Flag was created.  He added, “my own experience and the experiences of others keeps me emotionally involved to achieve the goals of Sons of the Flag.  Still being able to put forth the fight, I know it is my duty to successfully carry out this mission with honor and integrity for those who have survived traumatic burn injuries.”

To find out more about Sons of the Flag, please visit the website www.sonsoftheflag.org.

One Response to “‘Sons of the Flag’ Aids Burn Victims”