The idea that pumping iron would adversely affect golfers began to fade around the time Lee Trevino was a promising young hustler.  And it seems obvious that improving flexibility through yoga, Pilates and other regimens could help golfers of all ages.  Few doubt that Brooks Koepka’s guns are a formidable part of his game.  But Nicholas Rizzo is determined to prove it. 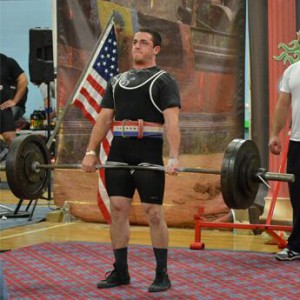 Nick is a powerlifter who believes cardio comes in the form of more heavy ass squats. Based on over 1.5 million lifts done at competitions, his PRs place him as an elite level powerlifter.

A young power lifter, Rizzo is also Fitness Research Director for a company called RunRepeat.com, which analyses and reviews athletic shoes.  Bugged by “vocal minority (that) tends to be hyper critical of strength training,” Rizzo went to work, compiling a detailed paper complete with academic citations.  Rather than paraphrase his findings, Peter agreed that I could publish them verbatim, but perhaps with some condensation.

The following is a lot to gobble, but for those who like data points, read away: 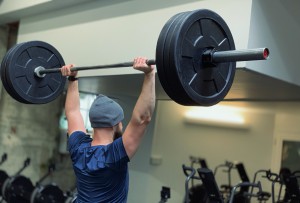 The Most Important Muscles

No matter your age, level of competition, or experience, studies show that strength training for golf carries significant benefits. What is clear from the scientific literature is that weight training can be hugely beneficial for improving your swing, distance on drivers and irons, putting, flexibility, and even your longevity in the sport.

With that said, as with all training protocols for athletes, strength training is only a singular tool that can be strategically utilized in enhancing the performance of golfers.

Utilizing traditional training modalities such as swing training, flexibility training, plyometrics, and golf-specific training can optimize your performance by aiding the transfer of strength gains to your game.