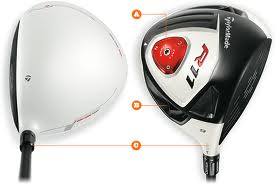 The R11 and its adjustment points.

There’s something about TaylorMade’s new drivers with the novel ivory-colored heads that compel golf writers to stretch far and wide for headline puns, and then wax poetic about the product.  Aside from several novel and technical advanced features in the R11 and the Burner SuperFast 2.0 TP, the pearly top is one of the most distinctive aesthetic developments to hit the PGA Tour and local golf courses since John Daly’s pants and Ricky Fowler’s cringe-worthy coordinated outfits.  Thus the inspiration for evocative review titles.

After testing an R11 last weekend, I originally wanted to call this piece The White Supremacy, a take on the Jason Bourne movies.  Alas, fearing that might be perceived as insensitive–or taken the wrong way by tattooed fellows residing in San Quentin and Northern Idaho–I instead went with the old Billy Idol song.  And heck, when a ProV1 is struck well with the R11, it is indeed a nice day for a white wedding.

I’m not alone following this line of thinking.  After spending a month pounding drives with his Burner SuperFast 2.0 TP driver, fellow GearEffectGolf.com and A Position Contributor Ken Van Vechten reached into the way-back machine for the classic Procol Harum standard from the late 1960s and termed the club “A Whiter Shade of Never Fail.”   Now,

Van Vechten is either a student of music history, had parents who played the original vinyl on the turntable during his childhood, or there’s a portrait of a deceptively old Ken in some closet.  In any event, he clearly loves the club, which you can read about at the following link:

Then our boy Jeff Wallach checked in with his personal take on R11, and for his title went with a riff from a beer commercial so ancient that the Super Bowl in which it was first featured was less than X.   But he too liked the white crown. 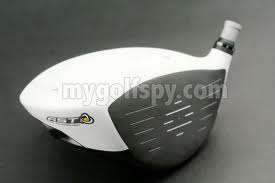 The black face and white head make the R11 the most unusual looking club on Tour and on ordinary golf courses.

My feelings were mixed only because I was unfortunately stuck testing the lone demo model from Marin Country Club, which had a stiff flex shaft rather than the regular to which I’m accustomed.  (Thanks to six weeks of steady rain, TaylorMade is behind on its demo days and short on loaner clubs.)  However, the TaylorMade rep did watch me hit a few balls and adjusted the loft up a half from 9.5 to 10 degrees and then used the nifty little plate on the club’s bottom to slight close the face, to see if we could promote a draw instead of my normal straight drive or gentle fade.

In fact, the R11 is the first club that allows one to change its loft, face angle and spin rate with some fairly simple adjustments.  It also has adjustable inserts to put more or less weight in the toe or heel, yet another means to promote a fade or a draw.  In many ways, the R-11 is a short cut to getting a custom-fit driver without hitting dozens of different clubs or having it built to specifications.

Another difference from my Ping Rapture is the feedback, especially from the sharp aural report from a perfectly struck R-11 shot.  I of course had one pull drive on the 9th hole, which is customary.  And I even managed a couple of gentle fades despite the closed face.  My friends said it looked like I was playing a driver with a headcover, but also acknowledged that on my better drives I was a few yards longer than normal.

While the white headed driver represents something of a risk for TaylorMade, its initial popularity suggests other manufacturers will follow, perhaps with different colors.  And then we’ll be struggling to find even moldier titles, perhaps from back when Ben Hogan, in his prime, no doubt enjoyed Roy Acuff’s  Blue Eyes Crying in the Rain.