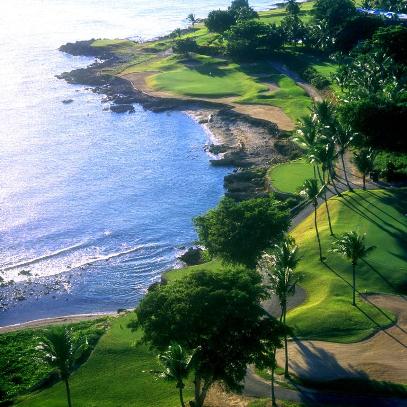 On its 40th birthday, Teeth of the Dog remains the highest ranked course ever built in the Caribbean.

It’s hard to believe it’s been 40 years, but that is exactly how long Teeth of the Dog, the most famous golf course in the Caribbean has been open.

When Pete Dye first designed the course, there was nothing but jungle on this 7,000-acre swath of the Dominica Republic’s southern  coastline, and much of the work to build the course was done by hand, with picks and axes and wheelbarrows. The tiny water filled ditch that bisects what is now the Links course at the resort was built by Dye as a canal to bring water to the site, which had no infrastructure whatsoever. It’s hard to imagine any golf course being built in this manner today, and impossible to imagine one by a name brand architect, but then Dye was not a name brand architect until after he built Teeth of the Dog and garnered international acclaim for it. It has never wavered as the highest ranked course in the Caribbean in every major magazine, and while he is loathe to admit it, he has inferred that it remains his all-time favorite, and he has a house alongside its fairways.

After Teeth of the Dog got built, with its famous series of holes not just on the coast but on the beach and very nearly in the ocean, the Casa de Campo resort came to be the biggest golf complex in the Caribbean, and among the biggest resorts period, and today it remains the gold standard that many newer competitors have tried and failed to match. Dye returned to build a second course, the Links, which frankly is not very good, and quite poorly named, then a third, the private La Romana Country Club, just for residents. Then there was a considerable gap before he returned to build another masterpiece, Dye Fore, set on stunning headlands overlooking the wild Chavon River, where scenes from Apocalypse Now were filmed. There are no other golf courses quite like this one, perched on the edge of oblivion, and honestly, I have thought since opening that Dye For is even better than Teeth of the Dog, which is really saying something. 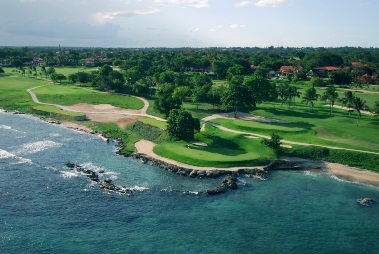 Well it just got even better; 2-weeks ago Dye unveiled a third nine at Dye Fore, expanding the facility to 27 holes, and the resort to 63-holes, the first step towards splitting Dye Fore into two full blown courses. The new nine is called Dye Fore Lakes, and comes on the heels of a $40 million renovation of the rest of the resort last year.

Casa de Campo is simply a fantastic place to go and play golf. For the most part, it is run as an al-inclusive resort, with lodging in a variety of hotel rooms, villas, and lavish private homes, with numerous bars and restaurants dispensing free flowing food and booze throughout. The place is huge and self-contained and includes a vast state of the art shooting facility, equestrian center, world-class marina with its own retail and dining village, and most shockingly of all, an entire hilltop village built by stone artisans to resemble a Tuscan medieval town. It even has its own airport. At Casa de Campo, when you go to play golf it is hard to decide where to tee it up, and when you are not playing golf it is nearly impossible to choose from all the options of what to do next. The easiest choice is just to go, period, especially with the new nine.