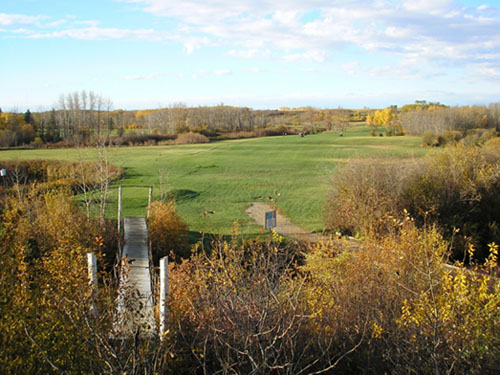 You cannot tell from this picture, but this is one of the hardest fairways to set foot on in the world - but I found a way for you to play it!

At least according to Golf Magazine, which ranks The Maidstone Club the sixty fifth best public or private in the world, its most competitive ranking list. They also rank it 37th best in the US, while stingier Golf Digest only accords it 86th.

By any measures, Maidstone is one of the world’s great courses – and the world’s most private. Set in the same part of the world as Shinnecock Hills and National Golf Links, it is about as easy to get on – which means near impossible. Except this one time.

First, a bit about the Maid, or Maidstone as it is simply called, though I like the fact that in its formal name the golf expectation is so great they don’t need the world golf, just “Club.” It is a classic, and one of the oldest – built n 1891 it predates Shinnecock by a whopping 40 years and National and most of the Golden Age of Golf Architecture in this country by 20 years. It’s a decade older than Pinehurst Number Two, the first real resort course in America. That’s old.

The best way to appreciate what the hoopla is all about is to see how the design geeks who live and die at Golf Club Atlas fawn all over the place.

So well-regarded golf journalist Ann Liguori has a foundation, and her foundation has an annual outing at Maidstone, where she belongs (I lied, it’s not a one mite chance, just once a year). The long and the short of it is the money goes to charity, there is good food, good prizes and good swag, but hey, it is the Maidstone Club after all, so it is gong to cost you a thousand bucks to play.

And no, I haven’t played it.