The world's most acclaimed golf instructor is finally taking his act to the New York metro area.

He’s the most famous golf instructor in the history of the game, a one man teaching franchise who now employs over one hundred instructor disciples in his name at a whopping 28 full time academies in 13 different countries. Yet he has never had a presence in the nation’s population and wealth center, the New York tri-state area, home to some 30 million people, lots of Wall Street cash, and scores of the world’s top private clubs.

That is all changing, as David Leadbetter sets up shop at Crystal Springs, the under the radar New Jersey golf resort an hour from the city – a resort that just happens to be the biggest in the Northeast, the second biggest in the nation and one of the largest golf resorts in the world, with seven courses, including Ballyowen, consistently rated the Number One Public in the Garden State.

Pros under his tutelage have won a combined 20 Majors and more than 100 tournaments worldwide in the 30 years since Leadbetter came on the scene, and chances are good that he can help you too. I took a lesson from him once, and he has that great eye the best instructors have where he can not only instantly diagnose your flaws, but also look you over and find a fix within your body’s means, not some textbook generic fix that many instructors still try to superimpose on all types. Anyway, that really doesn’t matter because your chances of actually getting a lesson from Leadbetter at Crystal Springs are about the same as you going on to win his 21st student Major, but he does a good job of promoting consistency in his organization, and there is a reason why golf students worldwide eagerly flock to his 28 academies.

So New Yorkers take note: seven public golf courses, resort accommodations and now David Leadbetter (coming by summer) are all in your backyard! 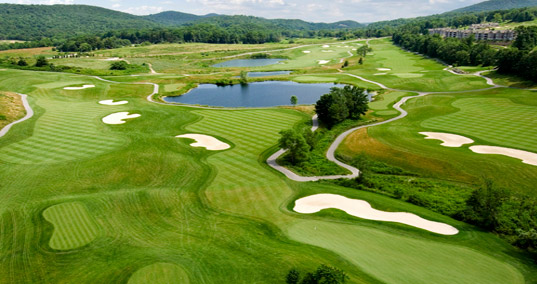 Crystal Springs is one of the nicest gofl resorts you may not have heard of.