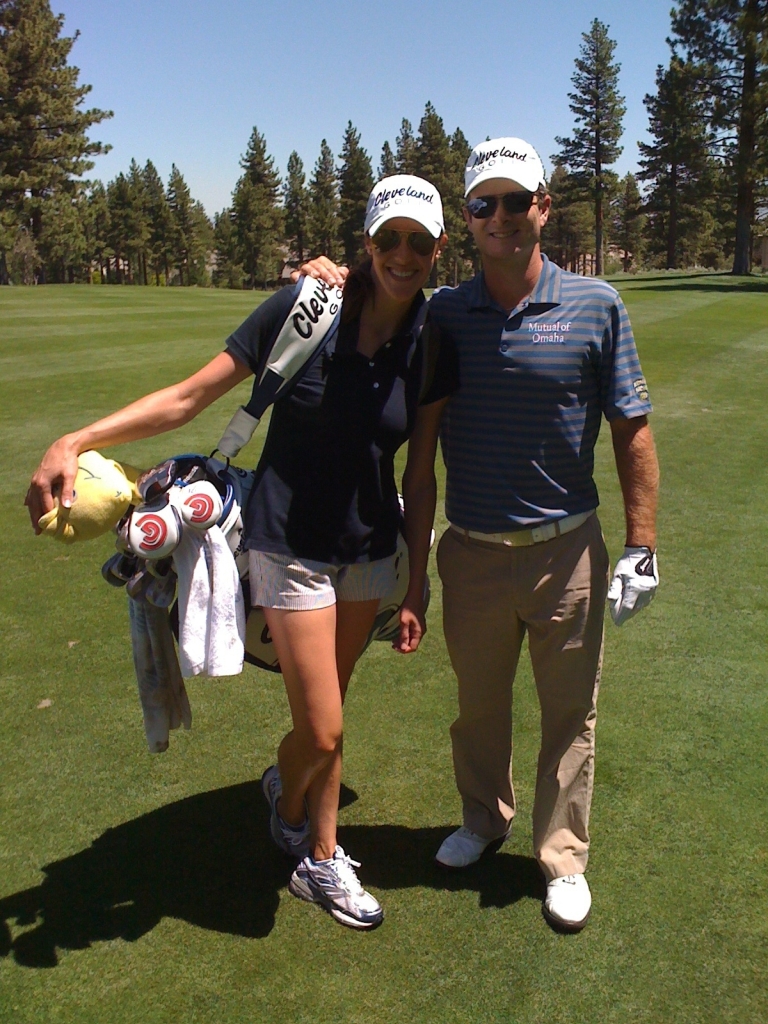 As a two-plus year member of the PGA Tour with no career victories, it would be fair to say Kevin Streelman does not have much of a rooting section. But it just grew by four.

As I write this, Kevin Streelman is atop the leaderboard in the second round of the Reno Tahoe Open. That is a very big deal.

I had the pleasure of playing in the pro-am of the Reno Tahoe Open on Wednesday with Streelman. I am a big fan of the pro-am experience, and think it is something that amateur golfers owe themselves to try, sort of a once in a lifetime experience.

I am going to follow this up and talk more about what the deal is with pro-ams, how to get into one, and which are the best.

But for now, suffice to say that I have been paired with a variety of players, including world top tens, Major Champs, multiple PGA Tour winners and journeymen. In my experience there has been pretty much a direct correlation between how famous the player is and how nice they are – a direct opposite correlation. So while the JJ Henrys, Kevin Sutherlands and Tim Petrovics of the world have been great fun and great company, some of the more accomplished players have been, well, not so great.

To the fun to be with list, let’s add Kevin Streelman and his lovely wife Courtney, who is on his bag this week for the first time in his PGA Tour career because his regular caddie had a conflict. Good luck getting that job back if Streelman gets his first Tour win! (Yo can follow him on Twitter and his site).

Anyway, they were a pleasure to be with. Our group, which included my fellow golf writers Ken Van Vechten (Las Vegas Golf: The Ultimate Guide, buy it on Amazon!), Mike Buteau (Bloomberg) and Robert Kaufman, had a blast. Hence four new Streelman fans. In fact, the reason we picked Streelman in the pairings lottery over better known names was because Mike Buteau, who covers the Tour regularly for Bloomberg, said he was a good guy. Mike, you were right!

We also won third place in the pro-am and I like to think my putting stroke rubbed off on Streelman and contributed to his success (not – just kidding!)

But he did hit the ball great. Not one bad shot all round, and my last words to him and Courtney were “win a lot of money this weekend.”

I hope he does and think he will.