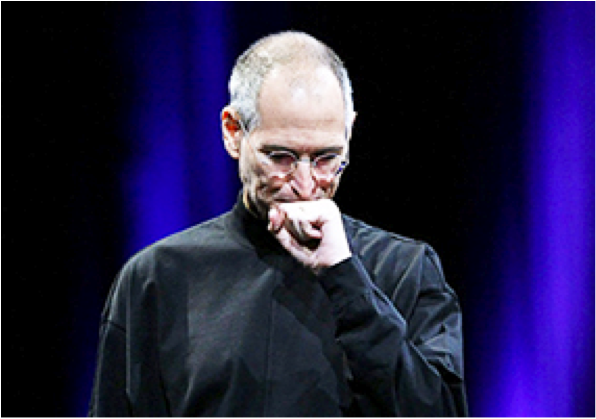 No these are not my words, but the essence of a graduation speech that Apple Co-Founder Steve Jobs delivered to a 2005 Stanford University commencement – less than a year after he first learned he had cancer.

“Remembering that I’ll be dead soon is the most important tool that I’ve ever encountered to help me make the big choices in life.  Because almost everything-all external expectations all pride, all fear of embarrassment or failure-these things just fall away in the face of death, leaving only what is truly important.  Remembering that you are going to die is the best way I know to avoid the trap of thinking you have something to lose.  You are already naked.  There is no reason not to follow your heart.”

Steve Jobs’ remarks remain some of the most cogent, wise ones I have experienced in recent memory.  One thing that you and I have in common with Steve Jobs is that we are all going to die.  While Jobs is still living a productive life a half-dozen years later, we all share the same fate and therefore it would seem reasonable to ask ourselves the same question.  Have you?

I know I have made many choices for what I can now view as for the wrong reasons.  The nice thing is that I realize that we can grow more accepting of ourselves and others and move on in a better way.

“For the past 33 years I have looked in the mirror every morning and asked myself:  “If today were the last day of my life, would I want to do what I am about to do today?”  And whenever the answer has been “No” too many days in a row, I know I need to change something.”

So how do we change things?  That is an issue that both I as a Coach and an individual have to confront time and again.  Sometimes it is as easy as just stepping aside and viewing things from a different perspective.  Other times, it takes for our discomfort to grow to such unpleasant and extreme proportions that we simply must change.

Recently I came a brief article by Erick Calonius who drew upon a fascinating study by Richare Wiseman, a psychologist at the University of Hertfordshire.  I will paraphrase Calonius who wrote that Wiseman surveyed a number of people and, through a series of questionnaires and interviews, determined which of them considered themselves lucky—or unlucky.  He then performed an intriguing experiment:  He gave both the “lucky” and the “unlucky” people a newspaper and asked them to look through it and tell him how many photographs were inside.  He found that on average the unlucky people took two minutes to count all the photographs, whereas the lucky ones determined the number in a few seconds.

How could the “lucky” people do this?  Because they found a message on the second page that read, “Stop counting.  There are 43 photographs in this newspaper.”  So why didn’t the unlucky people see it?  Because they were so intent on counting all the photographs that they missed the message.  Wiseman noted,

“Unlucky people miss chance opportunities because they are too focused on looking for something else.  They go to parties intent on finding their perfect partner, and so miss opportunities to make good friends.  They look through the newspaper determined to find certain job advertisements and, as a result, miss other types of jobs.  Lucky people are more relaxed and open, and therefore see what is there, rather than just what they are looking for.”

I think Steve Jobs would agree wholeheartedly with this.  In fact, in his Stanford address he described how he dropped out of Reed College after a mere six months.  After that, he said he hung around the campus, slept on the floor in a friend’s room, walked seven miles across town on Sunday nights for a good meal at the Hare Krishna Temple, and took a few classes, whatever he wanted.  It sounds like a waste—like Jobs should have been “counting the photographs” in life rather than meandering about.  But as you can imagine, it isn’t true.  Says Jobs:

“Reed College at the time offered perhaps the best calligraphy instruction in the country.  Throughout the campus every poster, every label on every drawer, was beautifully hand calligraphed.  Because I had dropped out and didn’t have to take the normal classes, I decided to take a calligraphy class and learn how to do this.  I learned about serif and san serif typefaces, and about varying the amount of space between different letter combinations, about what makes great typography great.”

“If I had never dropped in on that single course in college,” Jobs explained, “the Mac would have never had multiple typefaces or proportionately spaced ones.  And since Windows just copied the Mac, it’s likely that no personal computer would have them.”

“Of course it was impossible to connect the dots looking forward when I was in college.  But it was very, very clear looking backwards ten years later.  Again, you can’t connect the dots looking forward; you can only connect them looking backwards.  So you have to trust that the dots will somehow connect in your future.  You have to trust in something—your gut, destiny, life, karma, whatever.  This approach has never let me down, and it has made all the difference in my life.”

Sometimes a lost job, broken relationship, or a disappointment or supposed “failure” can really turn out to be a huge blessing.  We must not be too anxious to judge.  Often the dust may have to take years to settle until we can see or reap the blessings from our detours.

Perhaps what Jobs meant by “changing something” was not a decision to do this or that, but an emotional choice to keep our minds open.  To stop counting the “photographs.”  To look around.   To open our eyes, your ears, and our heart, to bring real life–raw, untamed and full of promise—into our world.  And thank you Steve Jobs and Erik Calonius for your insight.

So I ask you, are you keeping your mind and heart open?  If not, could you?  Would you?  If you would, when?  How about now?

“Unlucky people miss chance opportunities because they are too focused on looking for something else. They go to parties intent on finding their perfect partner, and so miss opportunities to make good friends. They look through the newspaper determined to find certain job advertisements and, as a result, miss other types of jobs. Lucky people are more relaxed and open, and therefore see what is there, rather than just what they are looking for.”  – Richard Wiseman