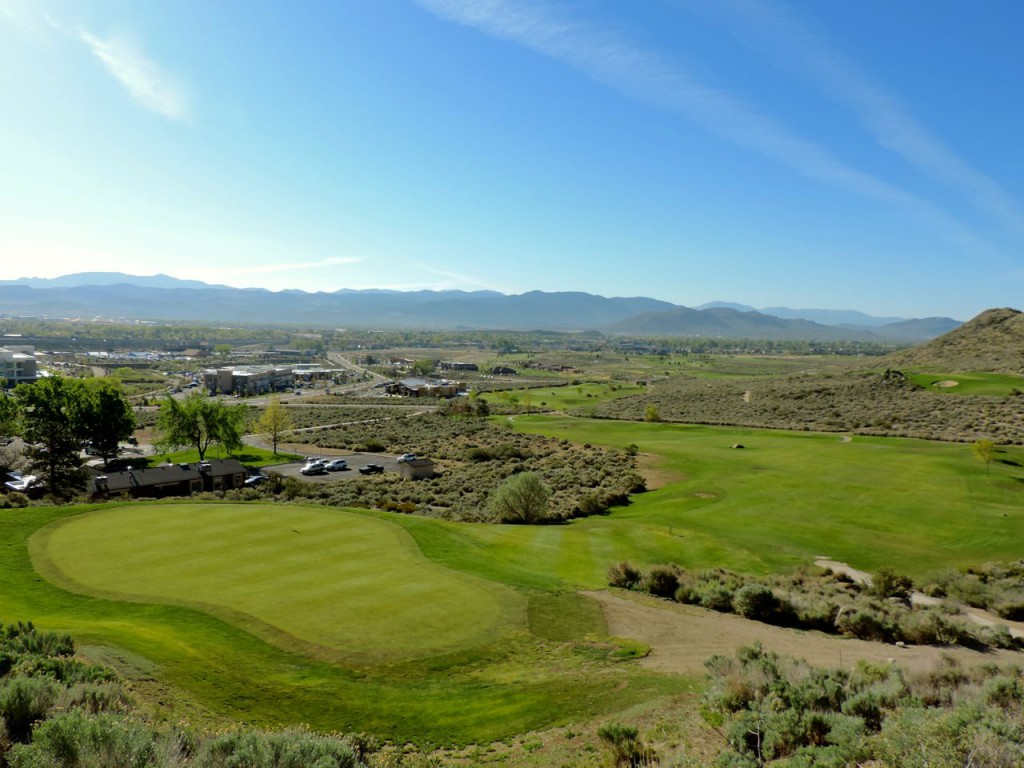 The vistas of the Carson Valley as shown from above the 337-yard elevated 5th green at Silver Oak are spectacular. This little hole is anything but routine and easy. You must find the fairway if you hope to hit this highly elevated putting surface and the big hitters may also be tempted to go for the green on their drive. Lots of trouble and a tricky green await. (Photo by Robert S. Fagan)

The Silver Oak Golf Course is one of several moderately priced options in the Nevada State Capital area of Carson City – and a popular offering at that. The story is that the course has two distinctly different personalities. Conveniently situated just west of Interstate 395 on the north side of town, the outgoing nine visits a dramatic natural hillside while the incoming nine sits on largely level terrain and meanders through a residential area. Both, however, qualify as high desert terrain and it’s a fun layout though not advised for walkers because of some long transitions between holes. 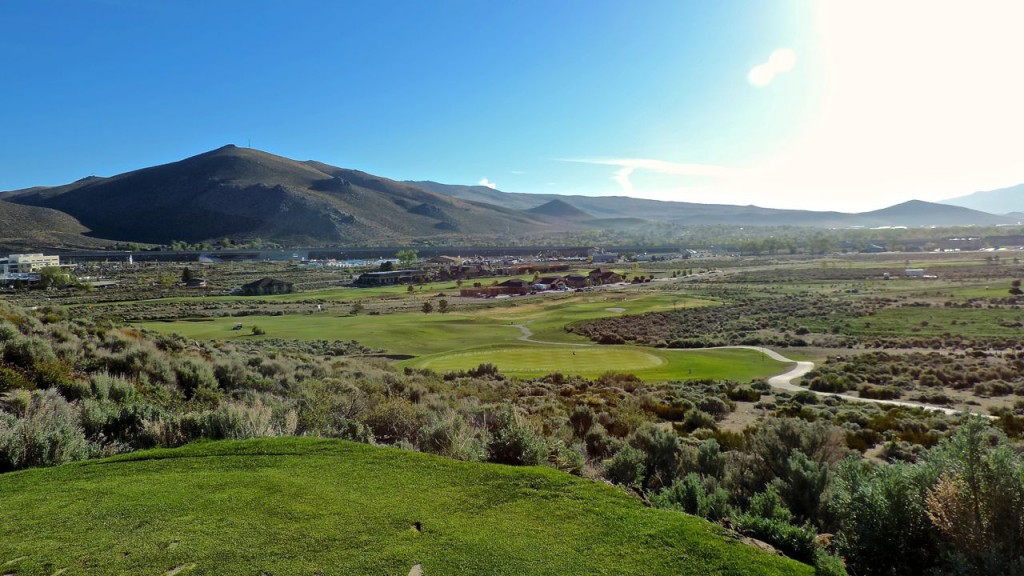 The second hole is just a little wedge to the green below, but you are quickly introduced to the spectacular views of the Carson City area. (Photo by Robert S. Fagan)

Nestled adjacent to the hillside, you climb up and experience some really spectacular holes, particularly from the 2nd through the 7th. The shaping and bunkering is nominal, but the views and outcroppings make for four or five places you’ll be reaching for your camera to capture the valley below and to the east. The flatter holes are solid, but nothing you would want to travel a distance to play. 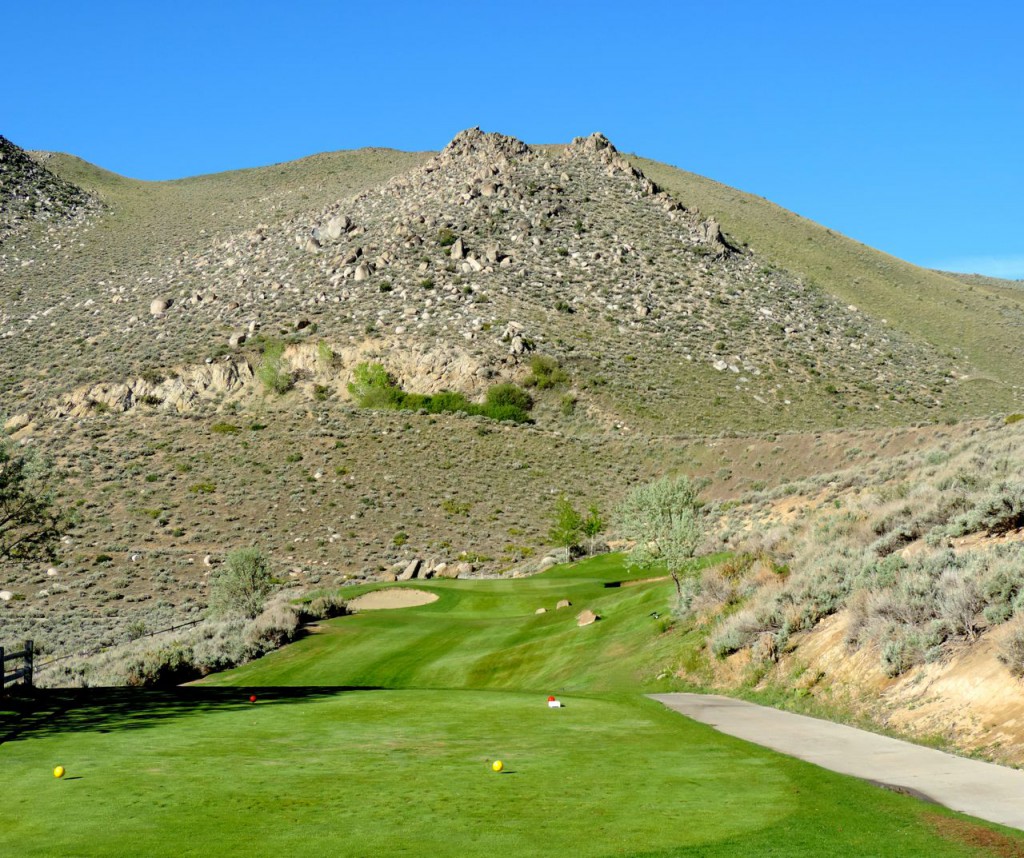 I love the back-to-back par threes beginning on the 6th hole measuring 173 yards (above) and below 192 yards. Essentially both are all-or-nothing holes meaning if you hit the green you’re in great shape and if you don’t… (Photos by Robert S. Fagan) 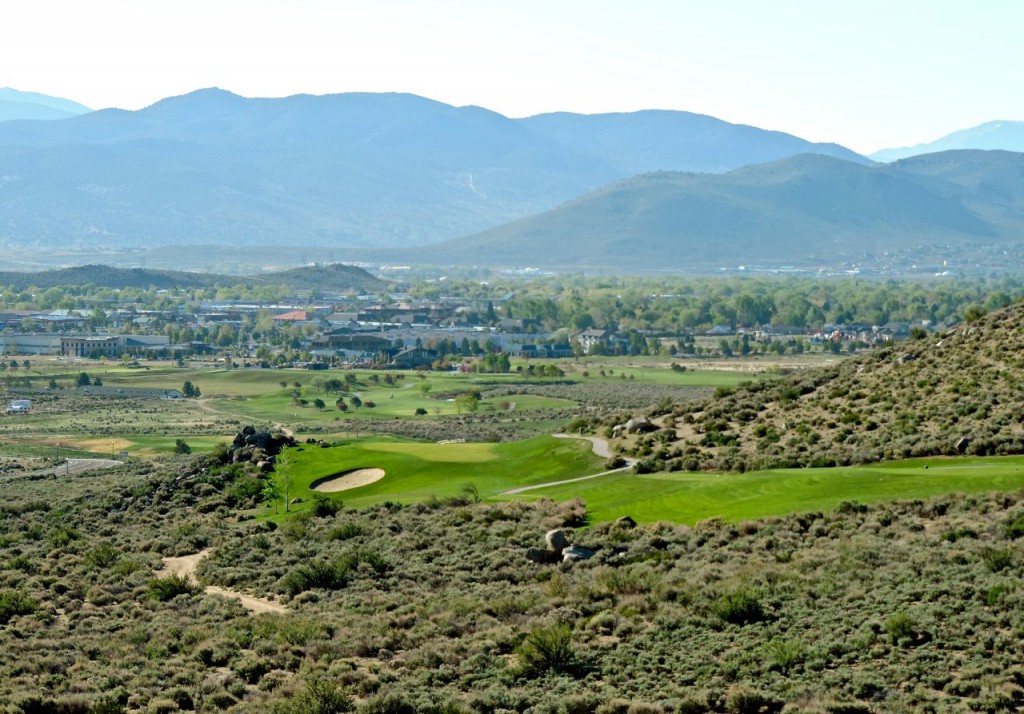 The back nine, in contrast, plays at the lower levels through housing. While the holes are more ordinary in nature, this entire side has impressive backdrop views of the Mountains to the west and is considerably longer than the front nine. One somewhat bizarre feature is that several greens on this nine are unusually difficult to spot as they are tucked just beyond mounded rough and appear to fall away from the golfer, offering no run-up or shaping to suggest a putting surface lies beyond.  The 217-yard 12th hole plays as a blind tee shot even as the hole features just an ever so slight incline, while I had to be directed to find two other par-four greens – something that has almost never before happened to me. Water also comes into play on the back nine particularly off the tee and with a few approach shots. 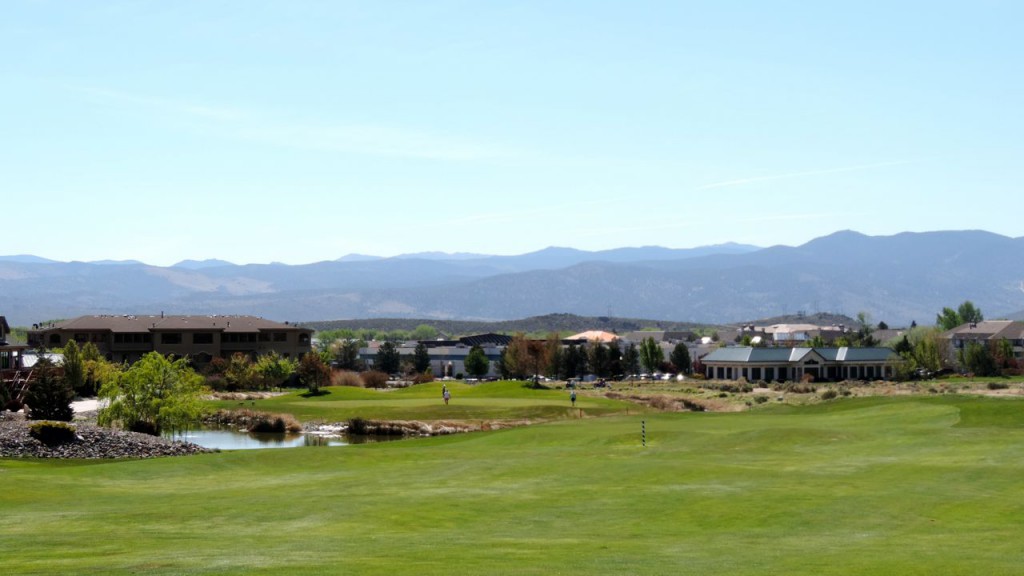 The approach to the 544-yard 18th features lots of water lurking and is more typical in look of the back nine holes.  (Photo by Robert S. Fagan)

While Silver Oak has several mundane holes, it also has some memorable ones. At only 6,392 yards from the tips, unless the wind blows, this is very playable and not particular testing layout, but a fun one nonetheless – what golf needs. What’s more, the folks are friendly, the service good, and the clubhouse features a fun 1950’s motif. A well-situated full practice facility and driving range completes this offering. It’s convenient location makes it definitely worth a stop if you are traveling through.

Below is the view looking back from the green toward the tee of the par-three 6th at Silver Oak. (Photo by Robert S. Fagan) 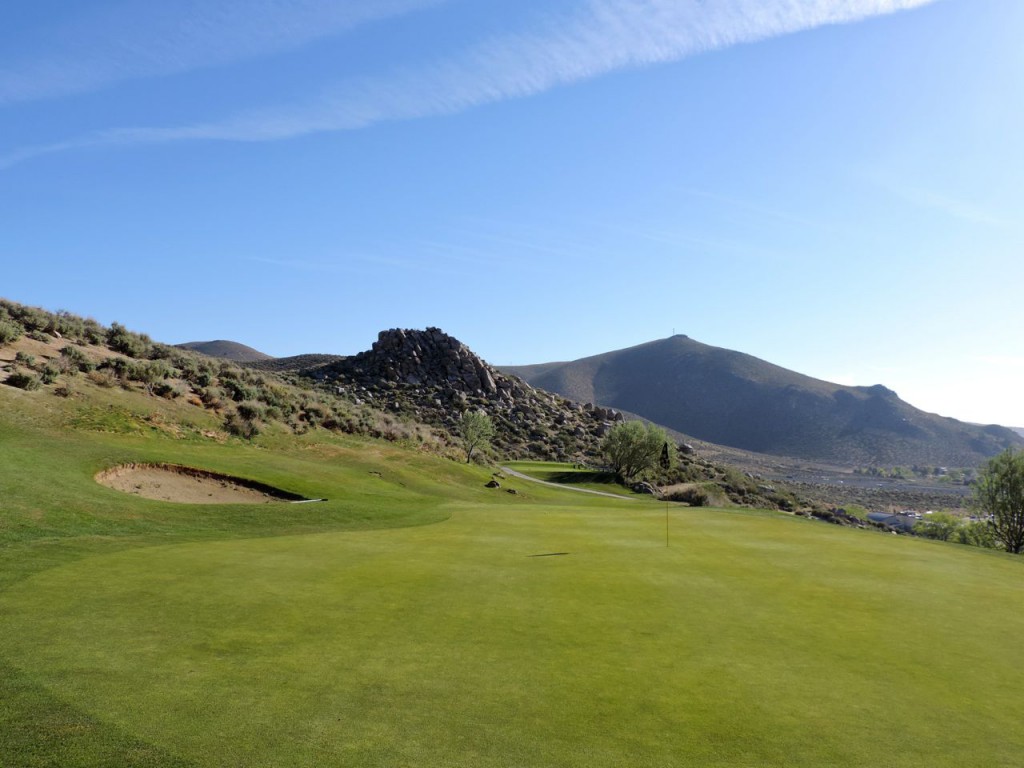