New Zealand is an absolutely wonderful golf destination, heretofore often overlooked. If you want to play the very best courses, the good news is that all are open to visitor play. Here are ten really enticing golf challenges. There are about eight layouts that stand out for me beyond the rest, but trying to decide among the final two became extremely difficult so while I defend my inclusions, I apologize for any courses left off. They are listed alphabetically. 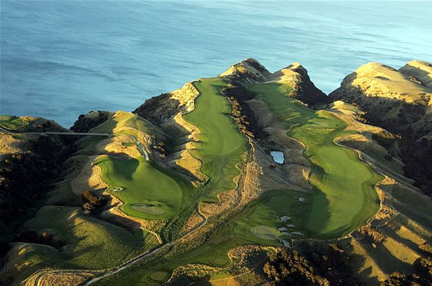 Cape Kidnappers – Perhaps the best course in New Zealand and one of architect, Tom Doak’s top five designs by most any count. It features a mix of terrific inland holes to combine with the exhilarating cliffside ocean ones looking out on Hawke’s Bay. Expansive fairways seamlessly blend into undulating greensites that appear to have existed since time began. 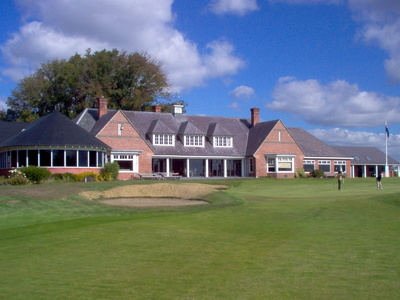 Christchurch Golf Club – This classic club, the second oldest in the country started in 1873 hosts a rich tradition and is one of the best examples of the wonderful old classic tree-lined courses you will find in New Zealand. I found the terrain and the greensites here to be just a bit more interesting that many of the other contenders. I knew I was in for a treat when I discovered the first green also served the 17th hole as well!

Hills (The) – This is the exclusive property of jeweler Michael Hill set in a protected area guarded by the Southern Alps outside of Queenstown, and shared with only a few dozen members at present. The good thing is that very limited outside play is possible though a $500 NZ green fee is charged. Be that as it may, playing this course is an absolute delight, as its conditioning and design will delight as it did in hosting the New Zealand Open for several years beginning in 2007. Love it or hate it, the par-three 16th with its canted green and tiny creek pinching the right side is one of the most unique holes I have ever encountered. 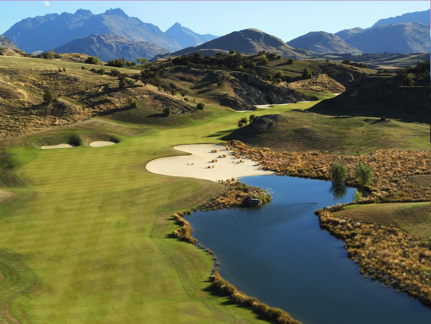 The Par-5 Seventeenth at The Hills (Courtesy of The Hills)

Invercargill Golf Club – This classic parkland venue near the south tip of the South Island was a delightful surprise. The tree management, course landscaping and conditioning, challenge, and bunkering were the best of the many parkland golf courses I encountered. 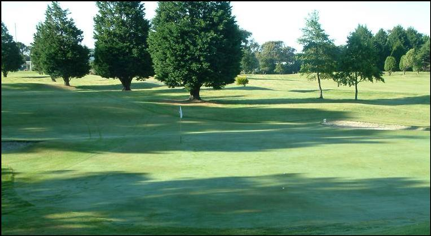 The Subtle Bumps and Rolls of the Parkland Invercargill Golf Club  (Courtesy of Invergargill G.C)

Jacks Point Golf Club – This John Darby design opened in 2008 really added to the golfing attractions of Queenstown in the South Island. Either the view of The Remarkables snow-capped mountain range or of Lake Wakatipu greets golfers on every hole. The challenge is tough, but playable and the bunkering is very attractive – a terrific golf course! 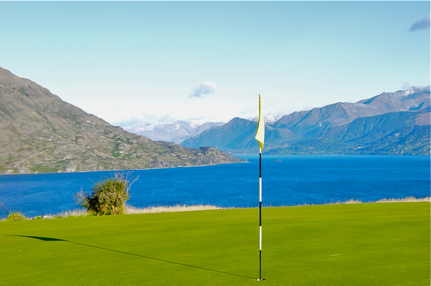 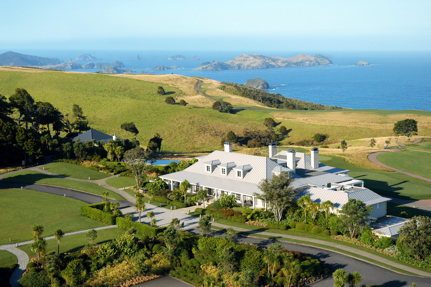 Kauri Cliffs – This is simply one of the most visually spectacular golf courses in the world. Built on a grand scale with expansive views and features, it is much more than just a “pretty face”. The layout also offers many solid and interesting holes that are challenging, but also playable as well. I will also nominate this facility as the single golf course resort in the world, and it doesn’t get much better than that!

Kinloch Club (The) – Some are calling this layout the best new golf course in the Southern Hemisphere with it being Jack Nicklaus’ first Signature Design in New Zealand. A rugged and wooly layout with lots of scruffy bunkering, it is actually the firm, fast, undulating putting surfaces that make it such a challenge – the toughest course in New Zealand. Terrific views of Lake Taupo and the surrounding hills will mesmerize you. 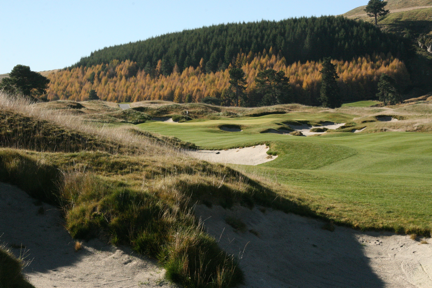 The First Hole at Rugged Kinloch (Courtesy of Kinloch)

Paraparaumu Beach Golf Club – This is the only links course on the list, but it is a classic, championship test and one of the best links outside of the British Isles – a wonderfully charming course that regularly has made the World’s Top 100 rankings. .

Titirangi Golf Club – This Alister MacKenzie redesign has been thoughtfully restored to capture many of the trademark characteristics of this architectural master, particularly the ragged-edged bunkering. The terrain and trees are so reminiscent of a classic San Francisco area course. This very popular club has a great set of challenging par-threes and watch out for the greens as well. 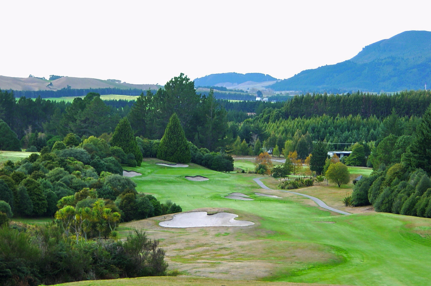 natives. Americans will enjoy it to for its rolling, tree-lined fairways and bunkering are so reminiscent of the great American parkland venues.

Gulf Harbour Country Club – the back nine was one of the best I encountered, especially the 16th pictured to the right.

Queenstown Golf Club – though not quite of championship caliber, this hilly little layout is perhaps my favorite course in New Zealand! 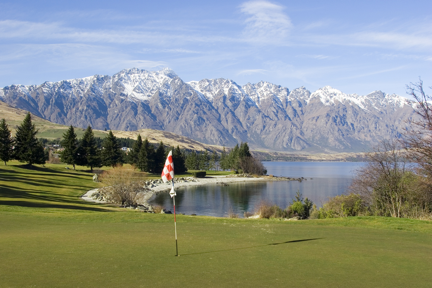 Looking Back Toward the Tee of the Par-4 5th at the Queenstown Golf Club  (Photo by Robert S. Fagan)

Russley Golf Club – the last eleven holes are quite demanding and attractive.

Terrace Downs – breathtaking scenery of the river valley and Southern Alps at a spectacular resort setting.