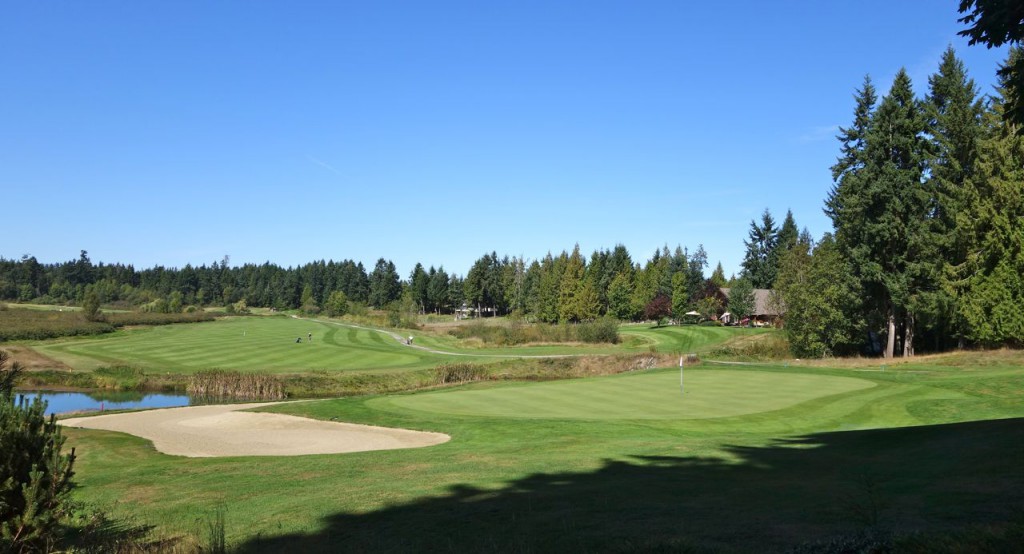 Undisturbed and natural spells part of the challenge and allure of the tournament-tested Pheasant Glen Golf Resort. Situated just a few minutes inland from Qualicum Beach, Vancouver Island, it has been the host to both elite men’s and women’s amateur events including the 2008 Canadian Men’s Mid-Amateur. What’s more, this course plays a bit tougher than the yardage and the largely flat topography might suggest. 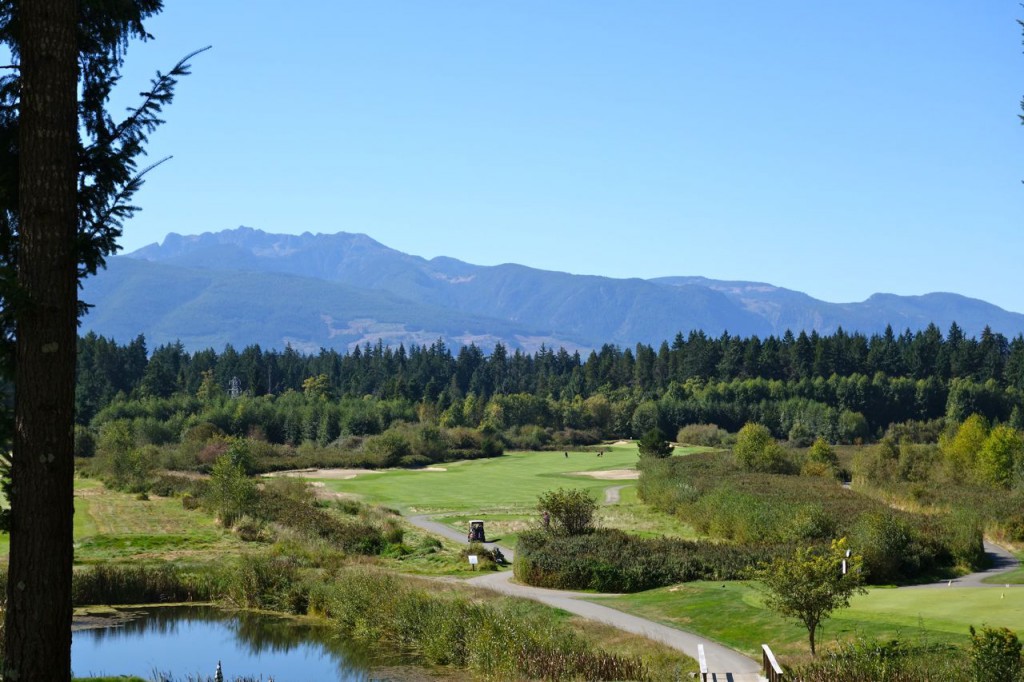 Who wouldn’t be excited to play this opening hole that ranges in distance from 413 to 605 yards?  (Photo by Robert S. Fagan)

Pheasant Glen is tale of two landscapes – the meadowlands and woodlands, and except for the owner’s and a few other homes adjoining the par-five 9th, no other housing is observed from the golf course. I particularly enjoyed the tranquil beginning and finishing in those grassy meadows while visiting the woodlands from the tenth through the fourteenth holes came as a pleasant interlude. A spectacular view of Mount Arrowsmith provides a beautiful natural backdrop from the clubhouse/restaurant area as well. 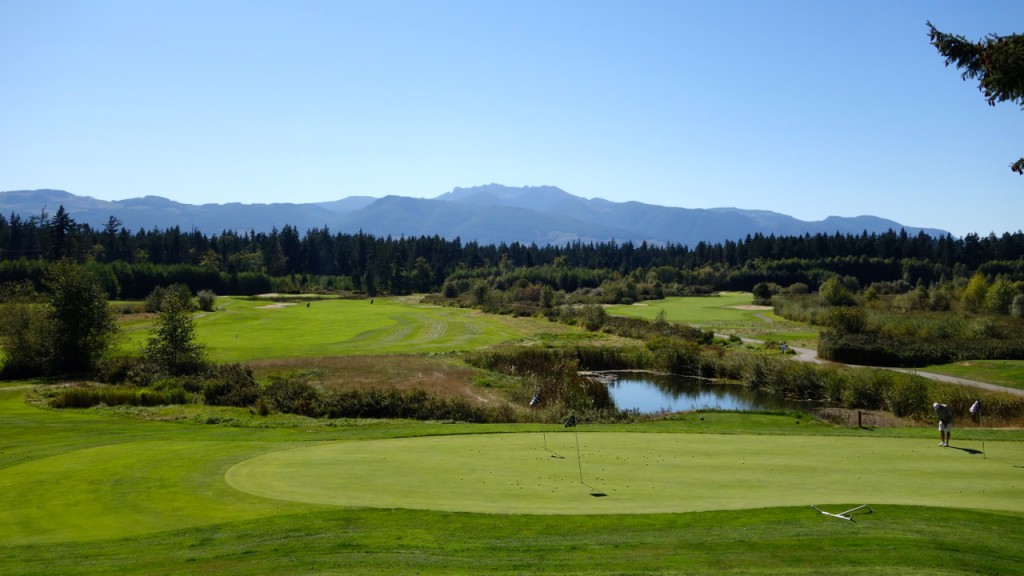 Beyond the short-game practice area, are two par-fives, the 18th to the left and the 1st hole to the right.  (Photo by Robert S. Fagan)

There is a wide range in total course yardage too, depending upon which of the five sets of tees you choose. Go to the tips and the yardage is a healthy 6,928, but the next of the five tees is only 6,300 yards and the forward tees are a very playable 4,812 yards. The word “playable” is often overused in golf course descriptions, but it really applies here. The design of the quick, smooth putting surfaces with their plateaus and undulations makes securing birdies pretty challenging for the expert player, but bogeys from a more forward tee are not too much of a problem for the less skilled golfer.

The landing areas are generous, but stray from them and either woods or water are there to penalize you. Firm up the course, grow the rough, and narrow the fairways, and all of a sudden Pheasant Glen has championship character. Add in a breeze, and you’ve got all you can handle. I discovered this quickly on the first 4 to 5 holes as you have to hit excellent approaches to have makable birdie putts, especially with some hole locations – lots of interesting architecture incorporated into the putting surfaces! 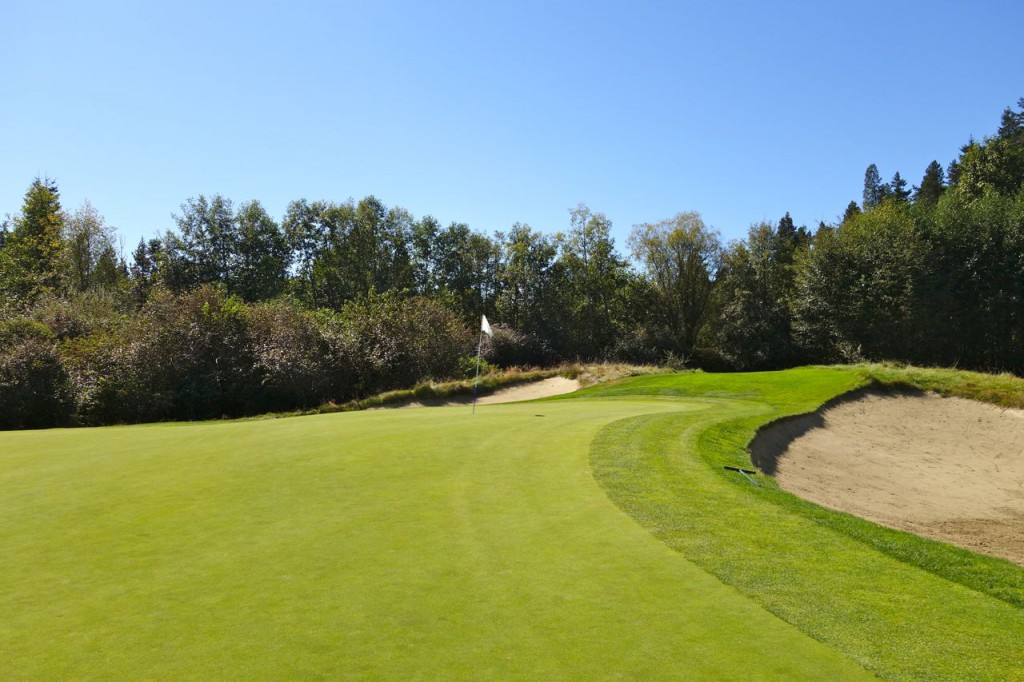 Several, but not all of the putting surfaces have really testing slopes to effectively hide the hole or make the putting/recovery shots extremely challenging. The 605-yard opener (shown above) or the 400-yard 3rd quickly come to mind.  (Photo by Robert S. Fagan)

The golf course was originally built as 9 holes. Some holes were later abandoned, as more were later added to replace and strengthen the layout. As I continued my round, I discovered many varying subtle changes and even seemingly flat, featureless holes such as the par-four 14th and par-three 15th, and actually both holes were a delight to play – far from uninteresting. Yes, chasing down birdies from the tips at Pheasant Glen takes some doing, but playing from one of the four forward tees, bogeys are not too difficult make the layout fun. What’s more it’s easily walked too. 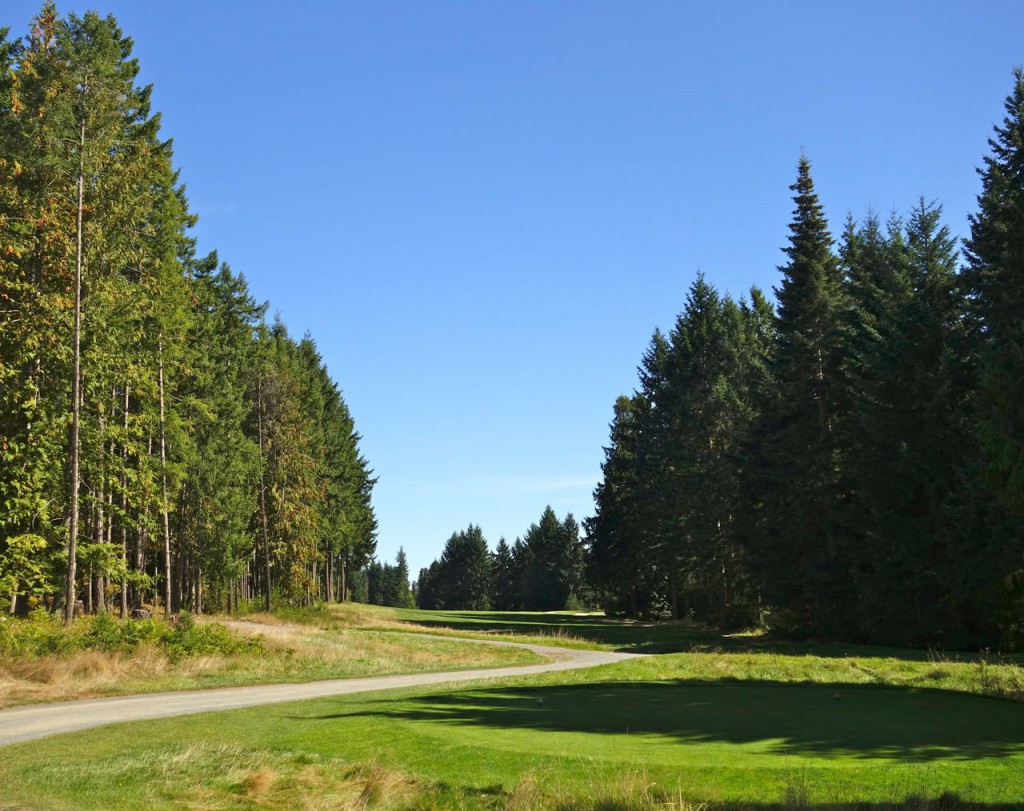 Evidence of two very contrasting, but attractive looks, the back nine begins with a jaunt into the thick forest as shown by the par-five 10th (above) and the par-three 11th (below).  (Both photos by Robert S. Fagan) 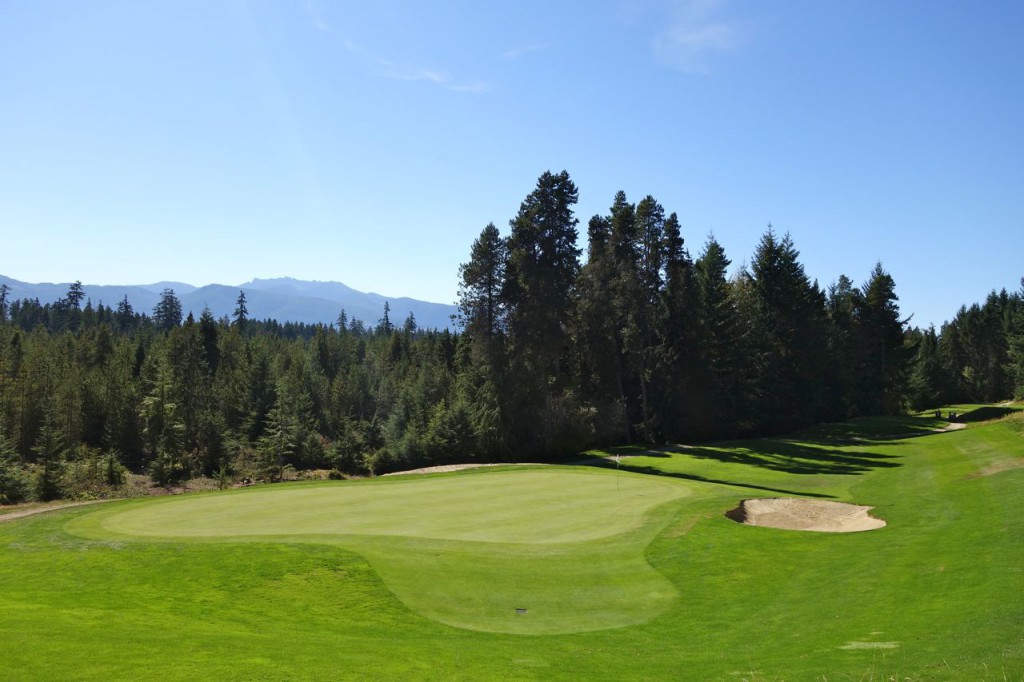 Pheasant Glen also features friendly folks, that together the beautifully maintained course and an unhurried atmosphere in such a wonderful spot make me yearn to return!

Below:  Pheasant Glen’s challenge can be very subtle, but very real as evidenced by the par-three 6th hole. It looks benign enough and fairly flat with only a left greenside bunker, but ranging from 113 to 230 yards, its slightly elevated, convex putting surface is a challenge to hit, let alone putt.  (Photo by Robert S. Fagan) 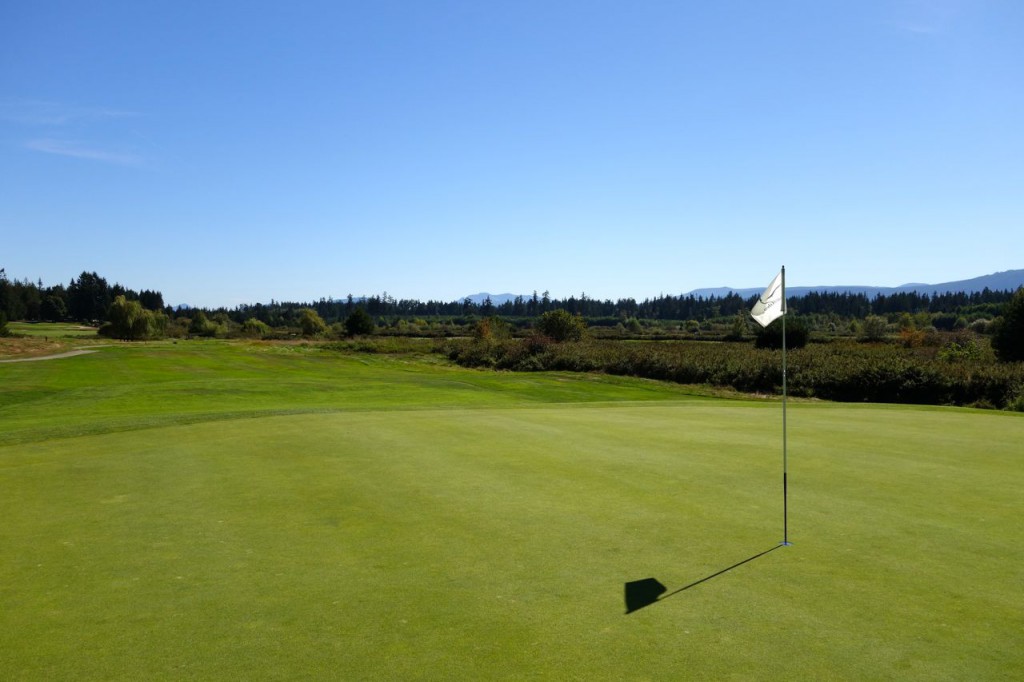