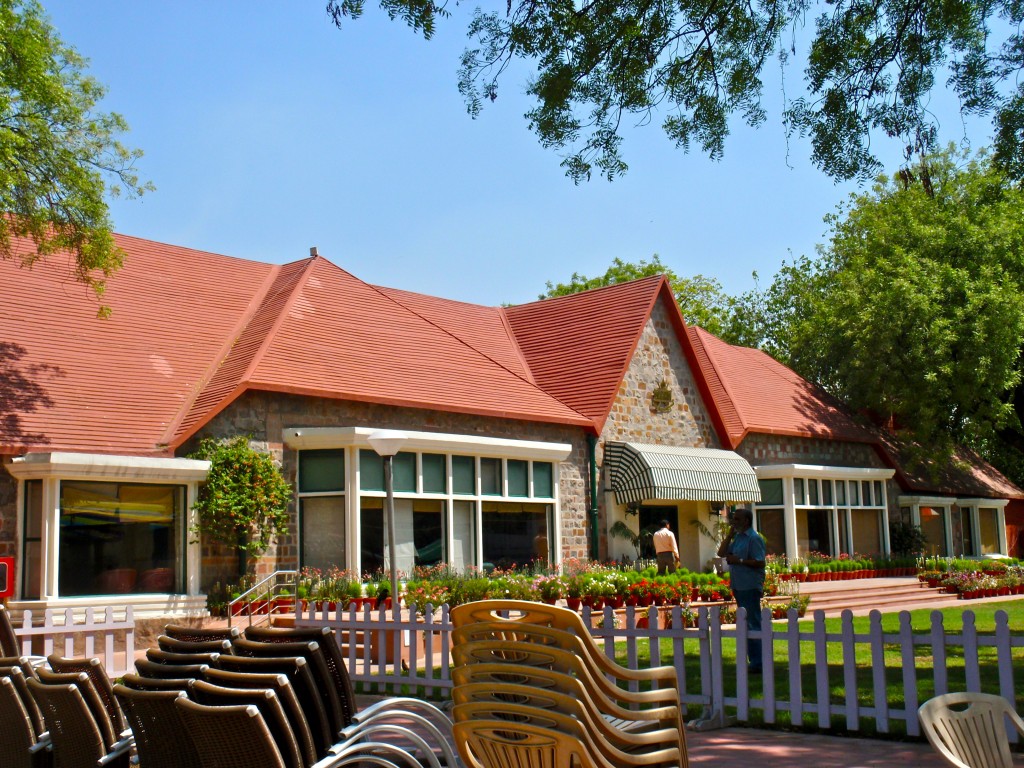 The private Delhi Golf Club is the oldest and most socially elite private golf club in Delhi, India taking as long as thirty years to secure full membership even for the children of members.  The look, feel, and the energy of this 27-hole facility reminded me much of the older established East Coast US private clubs in which history is proudly displayed and a true respect for the game is exhibited at every level.

Looking at the scorecard, there is little indication of the test that awaits you on this rather benign little track thought the tips are just over 7,000 yards.  The facility hosts both a championship level 18-hole course and a very short, but extremely tight little 9-hole executive style course in which touring pros have been known to frequent in order to sharpen up their play.

The Lodhi Coure is cut through the jungles hiding more than one hundred tombs and hundreds of different birds and along with many deer among a host of wildlife.  While the fairway cuts are actually fairly wide, the looks are almost claustrophobic in spots.  And when the course plays firm and fast as it usually does, the avenues of play do actually play very narrow on many of the holes.

You need not be long to score well here, but you had better be precise, with some green targets being very small and narrow while a few others are large and undulating.  The Course opened in 1951 and had several hands in reshaping starting with champion golfer Peter Thomson creating more steep-edged bunkering in the 70s, followed by American Ron Fream, and more recently Indian architect Ranjit Nanda making further improvements.

From my perspective including a brief conversation with architect Ranjit Nanda, it would appear that the course needs to tie these changes together as there are too many differences in the greensites.  The par-three 5th and 7th holes feature far too small a target for the length of the approach in contrast to the flattish large 18th green that accepts many short approaches, or the big undulations on the large putting surface of the tricky 353-yard 15th.  As for the driving areas, most are bunker-free while a few are heavily bunkered and feature some mounding that is out of place with other holes.

More than any other course in recent memory, the Lodhi Course negates the advantage of the power players and at a firm 7,036 yards from the tips definitely qualifies as a shot-maker’s course – and members will have a distinct advantage over their similarly skilled guests over the first couple of rounds.  Americans Payne Stewart and Bob Tway have won here.

The little nine-hole layout is actually a really fun little test though it is very claustrophobic.  It takes a very accurate player to score here where the landing areas are indeed tiny.

The Delhi Golf Club is very heavily played by its membership to the tune of 400 players per day, but the ambiance is a delightful departure from the hustle and noise of the city just beyond its protected borders.  First time visitors will be intrigued by all the ancient tombs that populate the landscape.  In one you can even climb up ancient stairs to look down to a strikingly attractive vista from its upper deck.

Fagan Rating:  B-. The Delhi Golf Club is a very good layout that has and continues to stand the test of time hosting the Asian Tour.  I loved the energy of the place, its people and staff.  My only criticism with regards to the golf course is that the changes made to the layout provide a schizophrenic look as if you are almost playing two or three different courses.  That said, the energy and people of the club and the course are all superb and this is a delightful walk in the park should you be so fortunate to gain an invitation to play there.