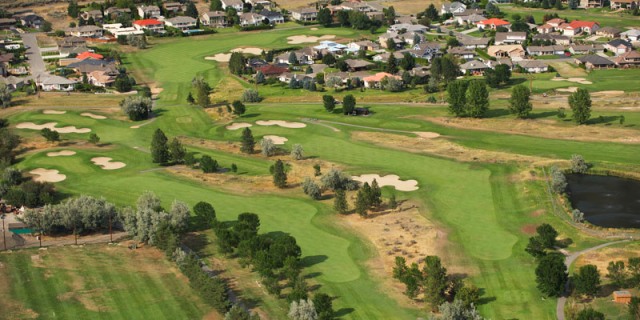 Big bunkers frame the fairways and greens at Rivershore.

Rivershore is one of the stalwart golf courses of the Kamloops area and a favored tournament site in British Columbia.  Designed by Robert Trent Jones, Sr., the layout is a straightforward one with many of his hallmarks, long rectangular tees, big bunkers, and large greens.

The course has hosted the 1999 Canadian Men’s Amateur Championship and more recently has been the co-host for the Canadian Professional Golf Tour Qualifying. 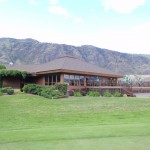 Playing just 5400 yards from its front tees to just over 7,000 yards from its back tees, Rivershore presents an exciting and fair challenge for golfers of all levels.  Accuracy with your irons is essential for a good score at this links course or you may find yourself in one of the many bunkers or numerous water hazards that pepper the course.  The principal defense of this golf course does not come from the ground though. 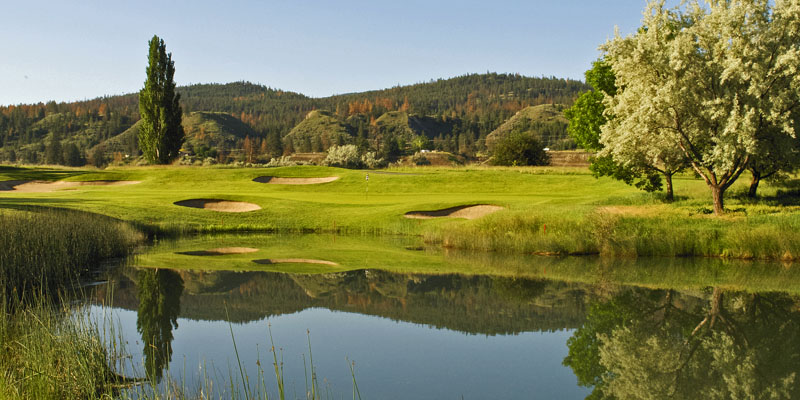 The 537-yard par-five 8th hole is guarded in front by water.

The course is set alongside the South Thompson River, but you only get a glimpse of it on the final two holes and it never directly comes into play.  Instead you begin and quickly meander between homes on the third through fifth holes, but thankfully the course returns to a “core” layout with no intrusions after that.  The landscape is a flat river plain with the attractive backdrop of rugged high desert hills just beyond and sage brush and natural desert terrain buffer holes.  Jones kept the look fairly natural as there are no manufactured high mounding, only his stylized low-laying ones that softly frame each hole.

The Rivershore test as one might surmise from Jones’ work is definitely solid, fair, unpretentious and liberally bunkered with 95 such hazards.  The fairways are relatively generous and somewhat uniform from hole to hole, providing flat lies throughout.  There is little in the way of hidden trouble and water comes into play on five holes.  Many of the Jones bunkers involve the approach shots there often you will have small avenues of only five yards or so if you intend to run your ball to the green. 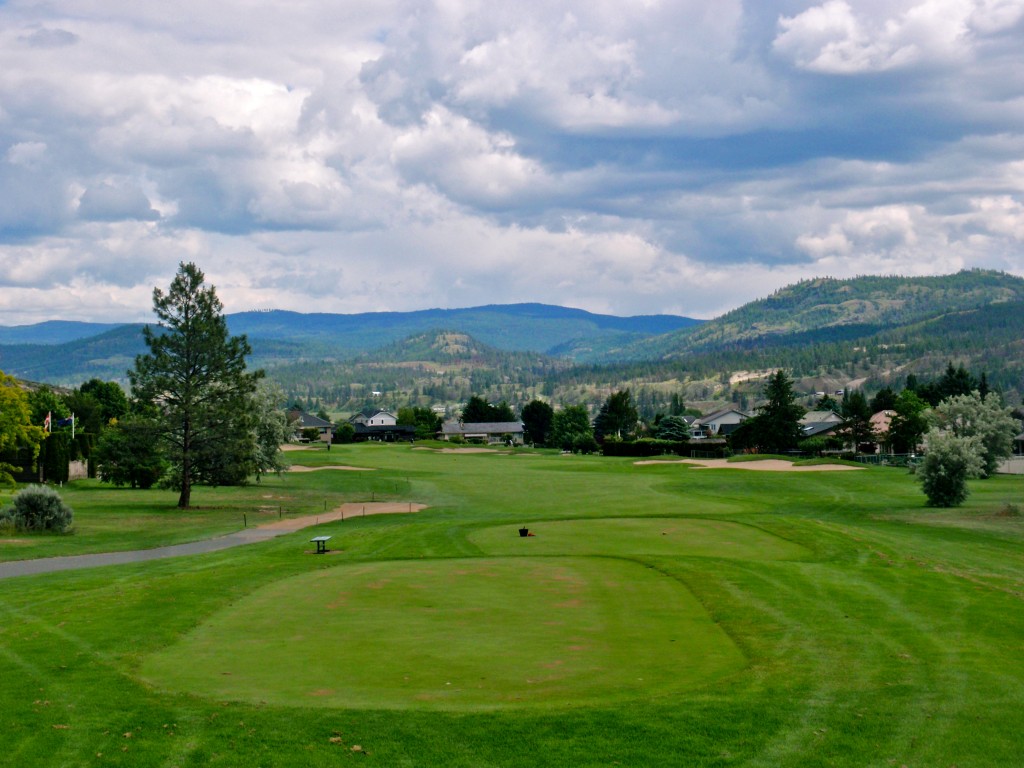 Rivershore is flat, but fun.  Show here is the 489-yard par-five 4th hole – one of the best birdie opportunities!

At only 7,000 yards from the tips, this flat layout might seem a bit short by championship standards, but that invisible hazard, the wind, is its great defense.  The wind can whip around the Thompson River Valley making an otherwise tame course into a real challenge.  Jones understood this when he designed the layout and built versatility into it, making it fun for all levels.   Rivershore is an easy and pleasant walk and you will quickly realize why the layout is so popular. 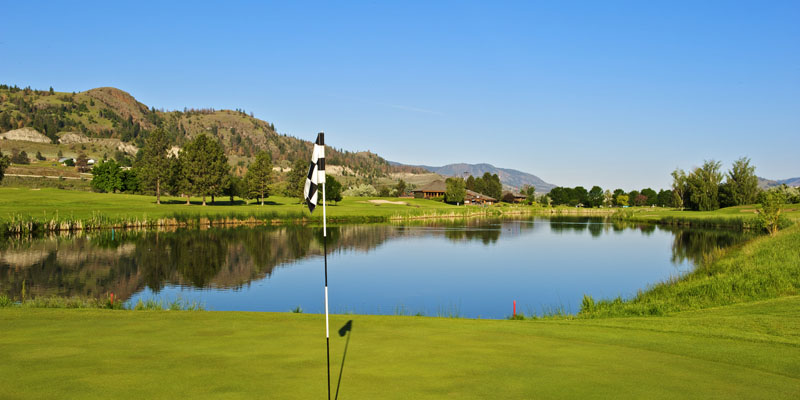 Fagan Course Rating:  B-. Rivershore is easily an above average course though it doesn’t enjoy the benefit of interesting terrain.  It is certainly a solid, straightforward, and good test of golf reflective of its designer Robert Trent Jones, Sr.  It is a course you’d enjoy playing when in the Kamloops area – a thoroughly enjoyable layout that doubles as a bona fide championship test for the regions’s best amateurs. 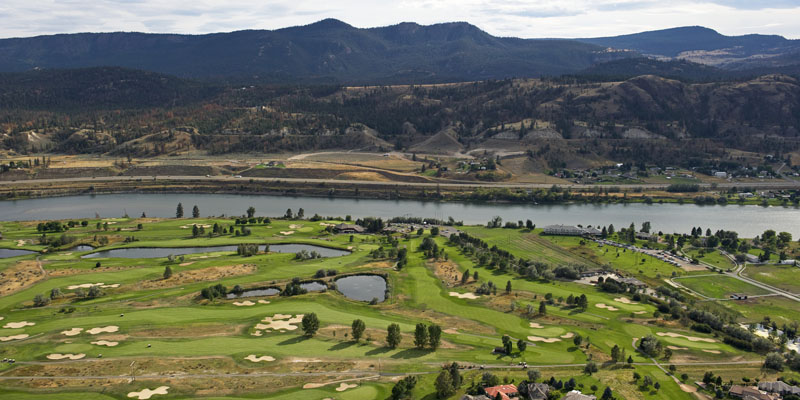