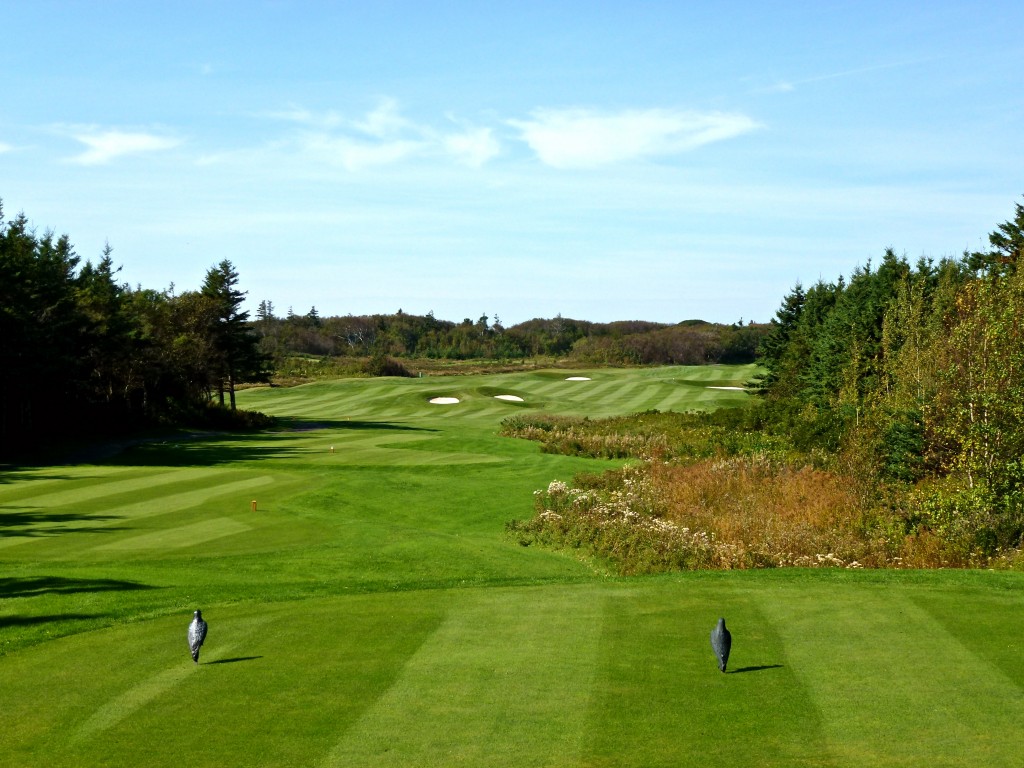 The dogleg right par-four 10th at The Links at Crowbush Cove is but one of many first-class two-shotters.

The Links at Crowbush Cove is one of four elite courses owned by the provincial government and typically the first on the tips of the tongue for invading golfers.  Set upon the north shore dunes of the Gulf of St. Lawrence where the winds can blow strongest, Crowbush as it is typically known is a fascinating course and a “must play” when visiting PEI. 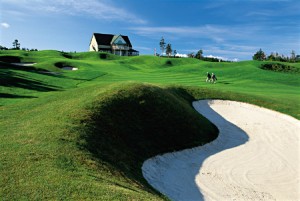 Opened in 1994 at the hand of Thomas McBroom, Crowbush is at or near the top of the Canadian course ranking charts and only a 30-minute drive of the provincial capital of Charlottetown.  If he were designing courses in America, the talented McBroom would be a household name among Americans.  Entering the grounds you sense you are in for a treat and as you later exit the property with your memories, you will doubtless feel the same way – completely satisfied.

Crowbush actually has two distinct personalities – the seaside holes and the inland holes.  While you can see and feel the presence of the water, the beach never really comes into play, but the holes closer to the water are THE attraction.  The inland holes are excellent in their own right, but are not as unique.  Firm wide fast rolling fairways spotted with pot bunkers and undulating fast greens are supplemented by lakes and trees on the inland holes and more water and marshland closer to the Gulf.  When you add the likely wind factor, the course can become a downright nasty challenge at only 6,903 yards from the tips with a 148 slope.

A view from the green on the par-four 16th.

The best hole for some and worst hole for me at Crowbush is the par-five 11th.  From its elevated tee it is all glamor as you can enjoy wonderful vistas of the course and the beach, but with its forced carry and narrow second shot landing area, the hole is too severe for most golfers in contrast to the rest of the course.  Forget the views, this is the kind of hole that forces people to give up the game.  Provided you choose the proper tees, the remainder of the golf course is imminently playable and enjoyable.  And if want a dash of quirky, there may be no better hole that the short uphill 113-yard 17th to a semi-blind table top putting surface that even without the wind is a really tough little shot.  For me, I also found the the par-threes on the 6th and 8th holes beautiful and intriguing, but the strength of Crowbush rests with its two-shotters.  It is wrong to single out a single one for they all are fun, attractive, and engagingly testy.  No two are remotely alike and all are very playable as you weave through McBroom’s thoughtful routing of forested avenues and then wide open holes.

There is no doubt for me that The Links at Crowbush Cove is the “Crown Jewel” of Prince Edward Island golf. 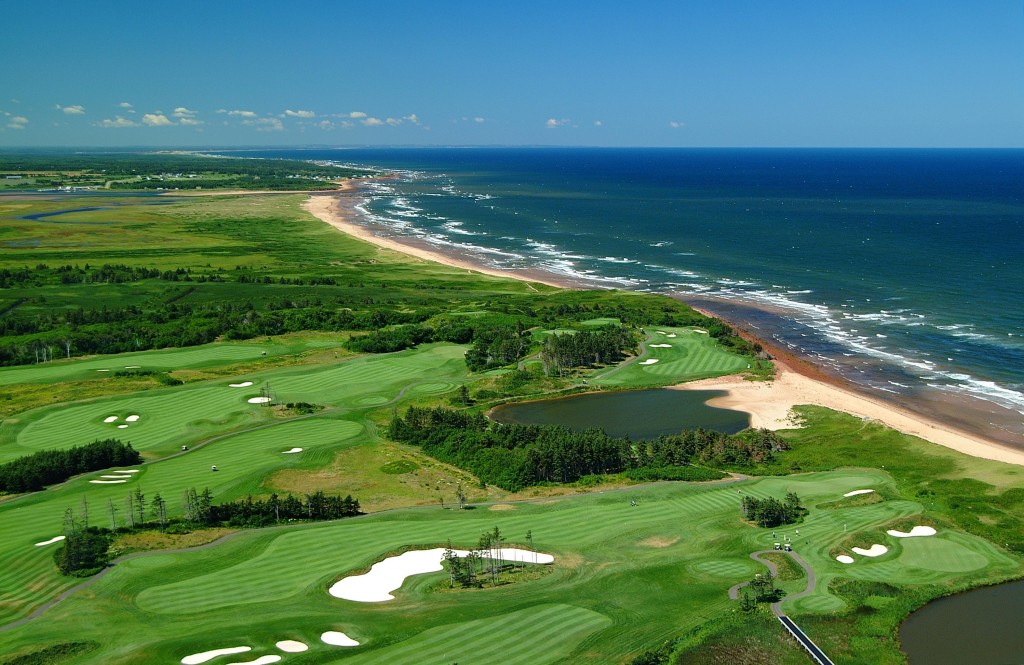 Fagan Rating:  A-. The Links at Crowbush Cove will disappoint no one and thrill all and deserves its exalted position as one of Canada’s and North America’s best resort courses.  If the course has a weakness, it is the par-fives, but the routing in which McBroom takes you away from the water and then increases your anticipation with returning to it on both nines is masterful.  The shaping, green sites, and bunkering are as good as its waterfront site and its simple clubhouse perched on a knoll is in keeping with all that is tasteful about Crowbush.  This layout is a delight. 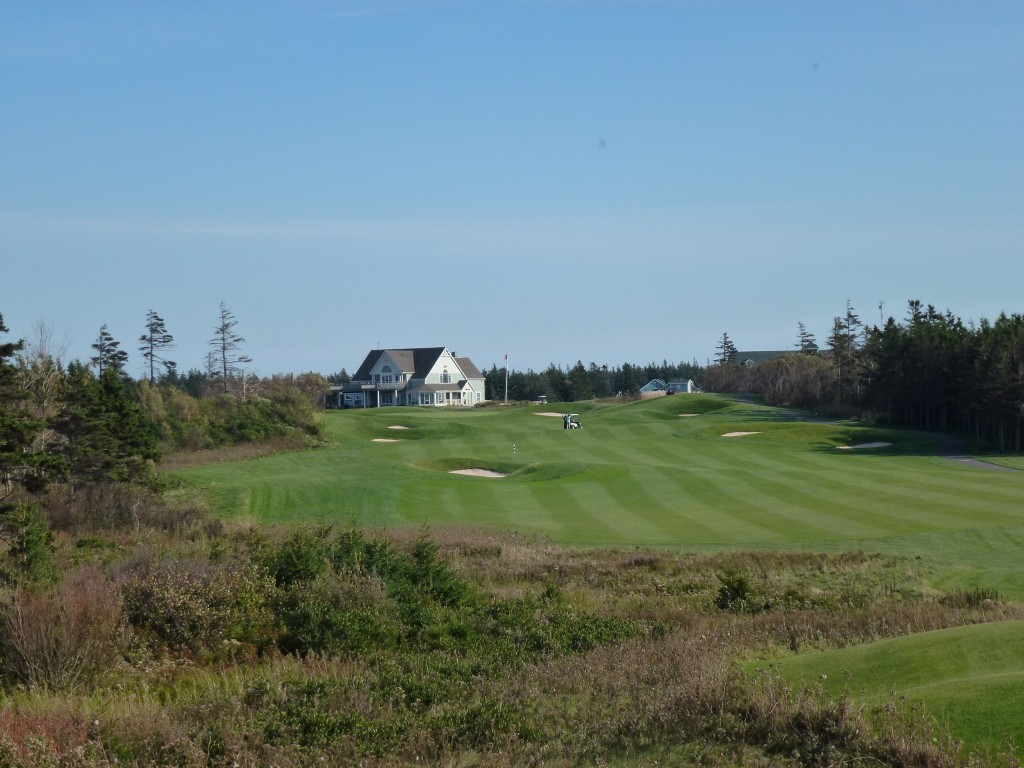