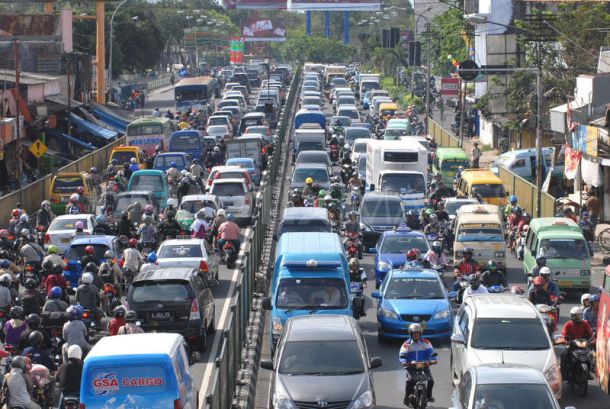 “Road rage” simply doesn’t exist in Thailand and incredibly you will seldom hear honking in spite of the traffic!

In my travels, I’ve discovered that you can learn much about a people by observing the way they drive. In Germany, everyone driving a reasonably speed respectfully stays out of the fast lane because on certain roads, there is no speed limit and the faster drivers will often operate their vehicles over 140 m.p.h. In Italy or New York, everyone aggressively drives like a race car driver and the Americans are so impatient that “road rage” is a genuine concern. In India, you will nearly always find six lanes of traffic covering four lanes and they use their horn for everything – not so much as an item of frustration but as a signal to other drivers. I am not exaggerating when I claim that on the busy roads around New Delhi you will experience at least 300 horns blasts per minute. Then there is Thailand. The Thai don’t use their horns at all. It is not too far fetched to speculate that an auto manufacturer could leave the horn out of the Thai cars and few would notice.

In Thailand the use of the automobile horn is considered rude and provocative, if not downright offensive. And if you hear a quick “pip, pip” of the horn (never a long blast), it is done as a thank you. I am not saying the Thai are better drivers or that driving is safe there, but the Thai are among the most courteous and polite drivers anywhere – and they reflect that as a people too.

It was my third trip to Thailand and if you’ve ever been in the Bangkok area, you appreciate that like New York City, Rome, or New Delhi, the streets are jammed with traffic among the world’s most congested. Only in Thailand and Bangkok for example, it is curiously quiet of automobile horns. Thus I inquired about this more than once, but the answer was always the same. “We are a kind, peaceful, respectful, courteous people and we are more apt to stop than to challenge another driver.” “Using a horn would not be respectful of one another.” “No one is in such a hurry that they cannot afford to wait for their fellow man as a sign of courtesy and respect.” In a land where the natives don’t only bow for guests or tourists, but also for each other, it began to make perfect sense. My hosts and others went on to explain that even where safety might be involved, it’s very unlikely a Thai driver would use their horn. Instead they would probably just stop. Now consciously aware of this, I noticed the lack of honking the remainder of my trip. After all, this was not something somebody was doing for me to impress me as a travel writer, but rather a genuine way of life so integral to the Thai people.

Anyone who has visited Thailand probably has left with a special feeling about the Thai people. It is the “Land of Smiles;” they are warm, patient, courteous, non-confrontational, and oh so respectful. If you play golf as I have, the women caddies who with their warm, fun personalities are unique and make an indelible impression. And on the highways, the drivers are oh so courteous. It all makes for a special blend of people and culture and assurance that your trip to Thailand will be a most enjoyable one. And should you hear someone honking, there’s a very good chance it’s a foreigner. Yes, this courtesy is something the rest of the World could model from Thailand!