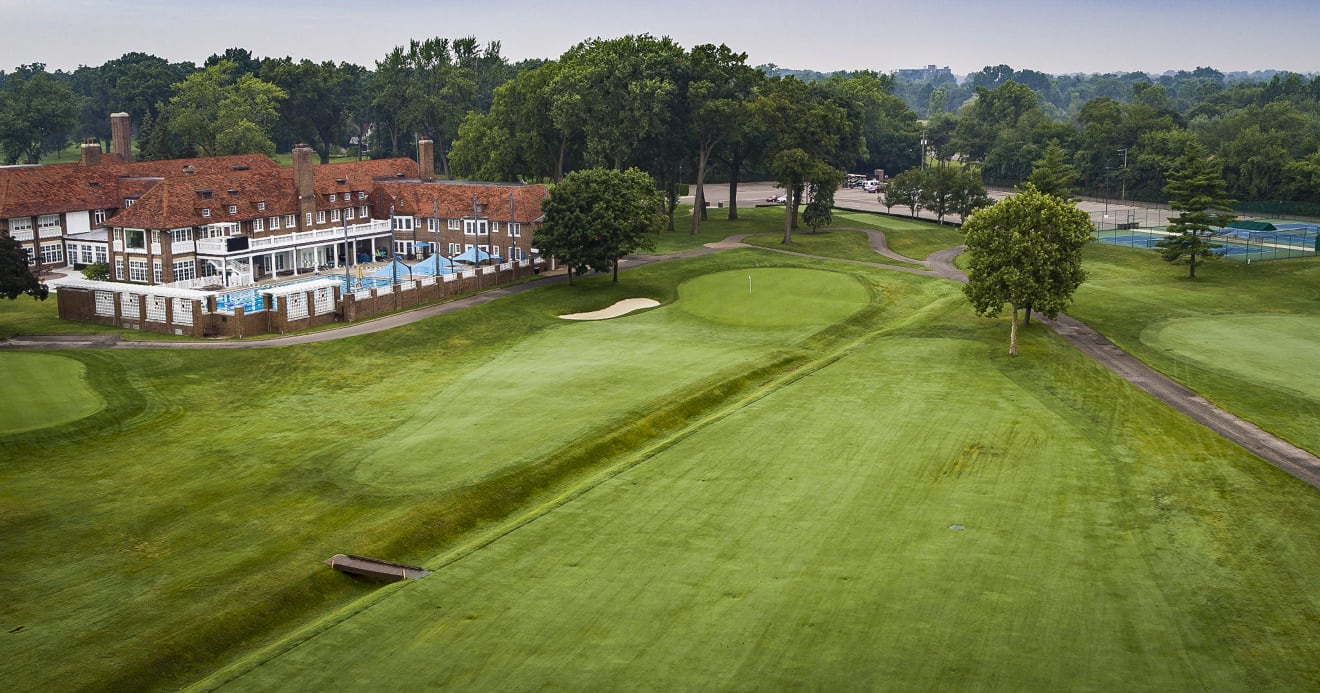 This week I’ll be on the road checking out two important tournaments occurring at the same time. First, there’s the much anticipated Rocket Mortgage Classic to be held at venerable Detroit Golf Club in the city of Detroit. It’s the first ever PGA Tour stop in the Motor City. Led by U.S. Open winner Gary Woodland, Dustin Johnson and Ricky Fowler among others, there’ll be a strong field for its $7.2 million purse.

On the other side of state, there’s also heightened interest in attending the 40th U.S. Senior Open at the Warren Golf Course at Notre Dame in South Bend, IN. It’ll be the first time the Senior Open will be hosted by a university golf course. Adding further local interest will be the appearance of Kentwood’s Tom Werkmeister, a Michigan Golf Hall of Fame member, who qualified for the second consecutive year for the tournament.  Last year, Werkmeister had his best finish of the year at the Senior Open at The Broadmoor in Colorado Springs with a T-52 earning $9,087.

In addition to the players, I’m drawn to the courses at these fine venues. In Detroit Golf Club, you have one of the grand old courses in the state, designed by Donald Ross. In fact, in 1916 Ross designed two courses, a North and a South, for the club. In the past 40 years, the club has hosted the Horton Smith Invitational each spring, honoring its Masters-winning and long time head golf professional, attracting the state’s best amateurs in a 72-hole medal play competition. In May, Ryan Johnson won the tournament with rounds of 73-70-72-66 after alternating between the North and South courses.  Besides the Horton Smith, the only other notable tournament the course has hosted was the 1992 U.S. Mid-Amateur Championship won by Atlantan Danny Yates.

Unless the weather turns wet and windy, one can expect the Tour pros to go very low at DGC. And that’s not because there are weak holes or that the course is a pushover. It’s just the state of the modern game where elite players with their prodigious length off the tee can shred these historic parkland courses. Case in point was a few weeks ago when Hamilton G & CC hosted the Canadian Open and Rory McIlroy laid waste to it in a 22-under birdie fest. At “only” 6967 yards, the H.S. Colt-designed gem is just too short for today’s brawny player. And the fact the club removed over 1,000 trees in recent years probably made long and errant driving less risky. Unless there’s penal rough as in some past U.S. Open, missing fairways after hitting a 300-yard drive is not a major concern anymore.

What will confound the game’s best players at DGC will be its greens. In true Donald Ross fashion, in addition to some deftly re-contouring by architect Art Hills, the slopes and undulations of the greens will demand a player’s utmost attention. Michigan’s celebrated designer Tom Doak, in his insightful The Confidential Guide to Golf Courses, says DGC “became something special thanks to a fabulous job of contouring the greens…some are abrupt, and some are mellow but there is none which could be described as ordinary, and a couple (such as the 2nd) turned ordinary holes into world-class stuff.” Case in point will be the undulating green at 18. In 1992, the final match was decided by a four-putt on this green. 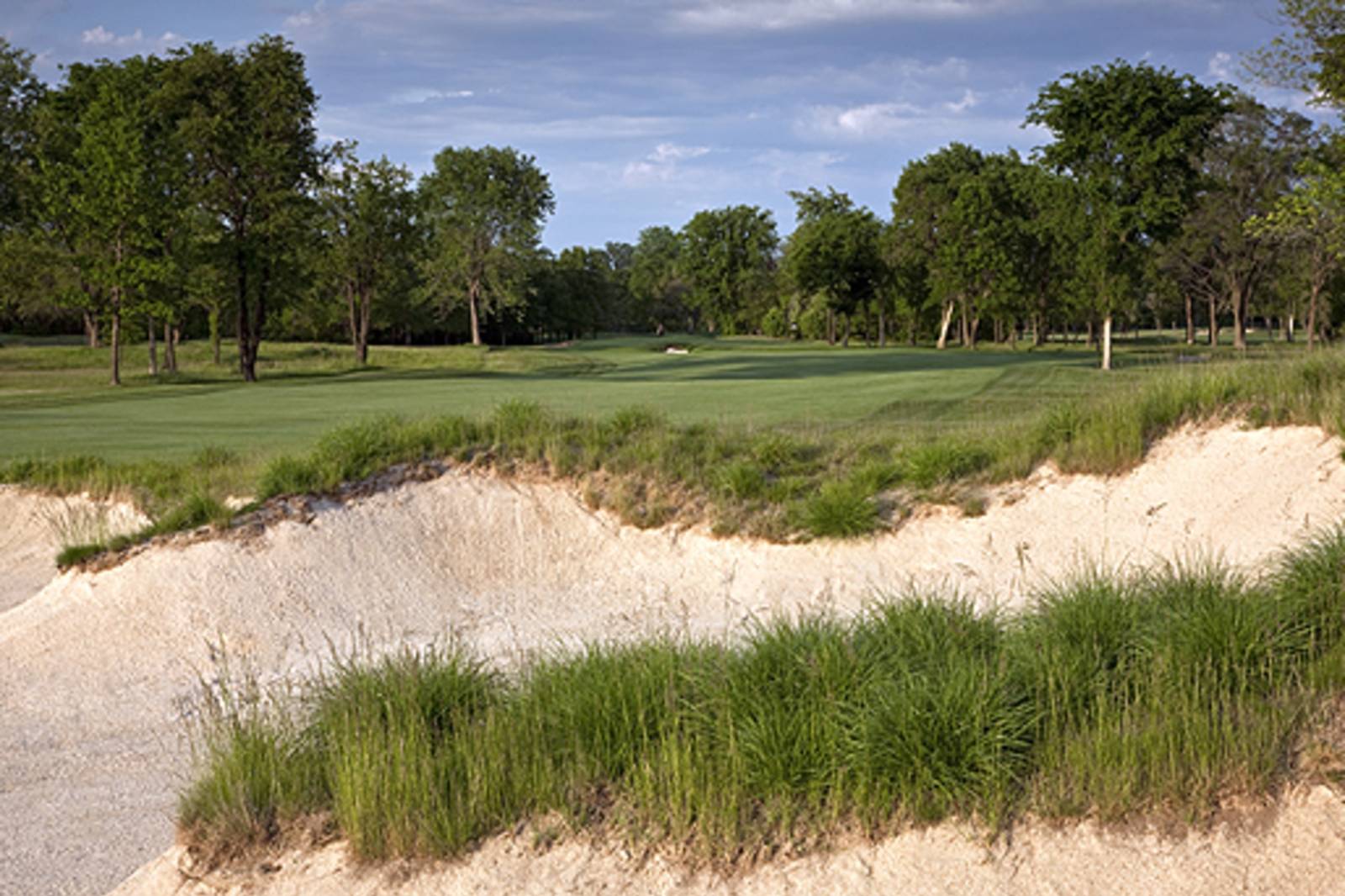 The Warren Course at Notre Dame should be a good test for the game’s best senior professionals. I’ve played the course several time and have always come away impressed with the design sensibility of Ben Crenshaw and Bill Coore. In keeping with their philosophy, very little is unnatural and contrived. Holes were discovered rather than forced into the gentle rolling layout. It has an “old-timey” and classic feel to it and it’s eminently walkable as in the courses of yesterday. That’s a relief for galleries on a hot and humid day.

The course has ample space for a major golf championship like the U.S. Senior Open. It’s a 250-acre layout located near the northeast corner of the Notre Dame campus. The terrain makes for some inviting holes with bluffs and wetlands along Juday Creek, a 13-mile stream that winds its way through most of the course.

I’ve met Warren’s Director of Golf and manager John Foster on several occasions and he’s someone who has a steady, knowledgeable and friendly grasp on the golf operations. Almost a decade ago, he expressed interest in hosting a major championship and began a smart and methodical plan to make it a reality. For one, he built up the credibility and standing of the Warren Course by successfully staging a number of tournaments including NCAA Division I’s Regionals,  Big East Conference Finals, the 2010 U.S. Women’s Amateur Public Links, and a number of USGA qualifiers. And Notre Dame as an institution knows how to organize and execute major sporting events.

Second, Foster and his staff led by Superintendent Matt Cielen have continued to make improvements to the layout. One area has been in the extensive top-dressing of the fairways, a godsend due to the wet spring in the Midwest.  Expect the course to be in tip-top shape when tournament week arrives.

Another aspect I noted and admired about the U.S. Senior Open at South Bend is in hotel planning and cooperation. Twenty-nine area hotels agreed to be part of a block that won’t charge exorbitant rates for the week. With 1,000 rooms already booked, and another 1,000 rooms expected, the tournament will be treated by those proprietors differently than a football weekend when rates are raised to a premium.

In keeping with the Fighting Irish on the gridiron and given the civic cooperation, the 2019 U.S. Senior Open promises to be a spirited all-in  event.

For more information about these tournaments visit https://www.pgatour.com/tournaments/rocket-mortgage-classic.html  and https://2019ussenioropen.com/usga/