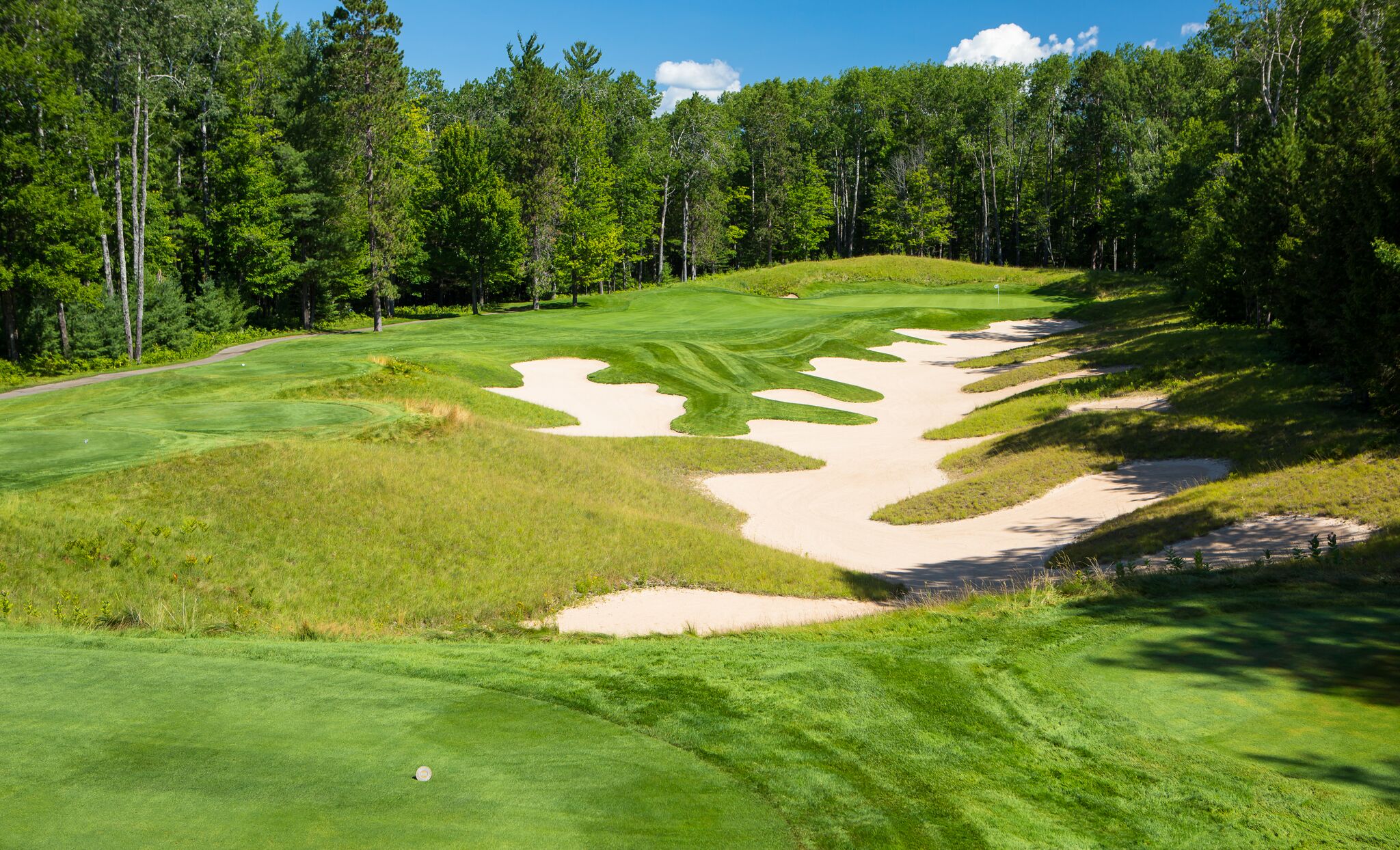 (Onaway, MI) There are only a few essentials for a successful fall golf buddies trip in Michigan. After agreeing on a date and the friendly wager guidelines, one can ensure success by reserving a tee time at a northern Michigan award-winning golf course. That’s what I did a few weekends ago at the often overlooked and under-appreciated Black Lake GC in Onaway.

Especially in west Michigan where I reside, it’s mainly overlooked due to its location, 45 minutes north of Gaylord and 45 minutes south of Mackinaw City. Another reason is the misconception it’s a private golf preserve for the United Auto Workers (UAW) which owns and manages the course. Despite being in its 20th year of operation, Black Lake has always been open to the general public while providing special rates to UAW members and retirees.

The exceptional experience at Black Lake centers on the strong and inviting design by noted architect Rees Jones set amid 300 acres of pristine and secluded forest and marsh land. As one of my buddies exclaimed during the round, “It’s just you and the golf course here with no outside distractions.” As such, Jones was blessed with an ideal site for a championship layout. He had a big canvas to paint a masterful landscape.

One would be hard-pressed to find a golf course with such a variety of holes and appearances. There are straight away holes, doglegs, short par-fours, three-shot par-fives and reachable ones. There are no cookie-cutter holes at Black Lake. And the penalty areas are invariably lateral and easily avoidable if one plays smartly. As always, choosing the proper tees is a recipe for a more enjoyable round. Being seniors, we opted for the white tees at 6391 yards but moved up to the shorter silver tees on the longer par-fours. Due to recent rains, the course was soft and played longer. But the rain proved to be a blessing in disguise. More on that later.

Although this was probably my sixth round at Black Lake but first in five years. I still marveled at certain holes, like the oft-photographed par-three 5th hole (originally the 14th) which Jones designed around an existing sand pit while constructing a captivating and immense bunker alongside and fronting a portion of the green. It appears daunting from the tee box but Jones provides a run up area from the left side of the green.

The other huge plus, besides the design, is the condition and care of the course itself. The fairways, greens and bunkering are exemplary. In particular, the sand in the bunkers was well-groomed. And due to the recent rains, the scheduled aeration of the greens was pushed back until the day after we played. It was a nice break as the greens were smooth and rolled well.

One of Jones’s design tenets makes putting a fair test. Although there are several multi-level greens, Jones allows for ample flat areas to accommodate accessible and fair pin positions. In other words, you won’t find a back pin on a sloping and confounding surface.

Our group mused about these attributes after the round on the outdoor patio as we quaffed a brew and settled up bets. Then we strolled over to the “Little Course” for a brief “emergency nine.” It’s a walkable par-three pitch and putt course where only two or three clubs are needed. It’s a fun way to end a most enjoyable day at Black Lake especially for the team that took it on the chin on the “Big Course.” 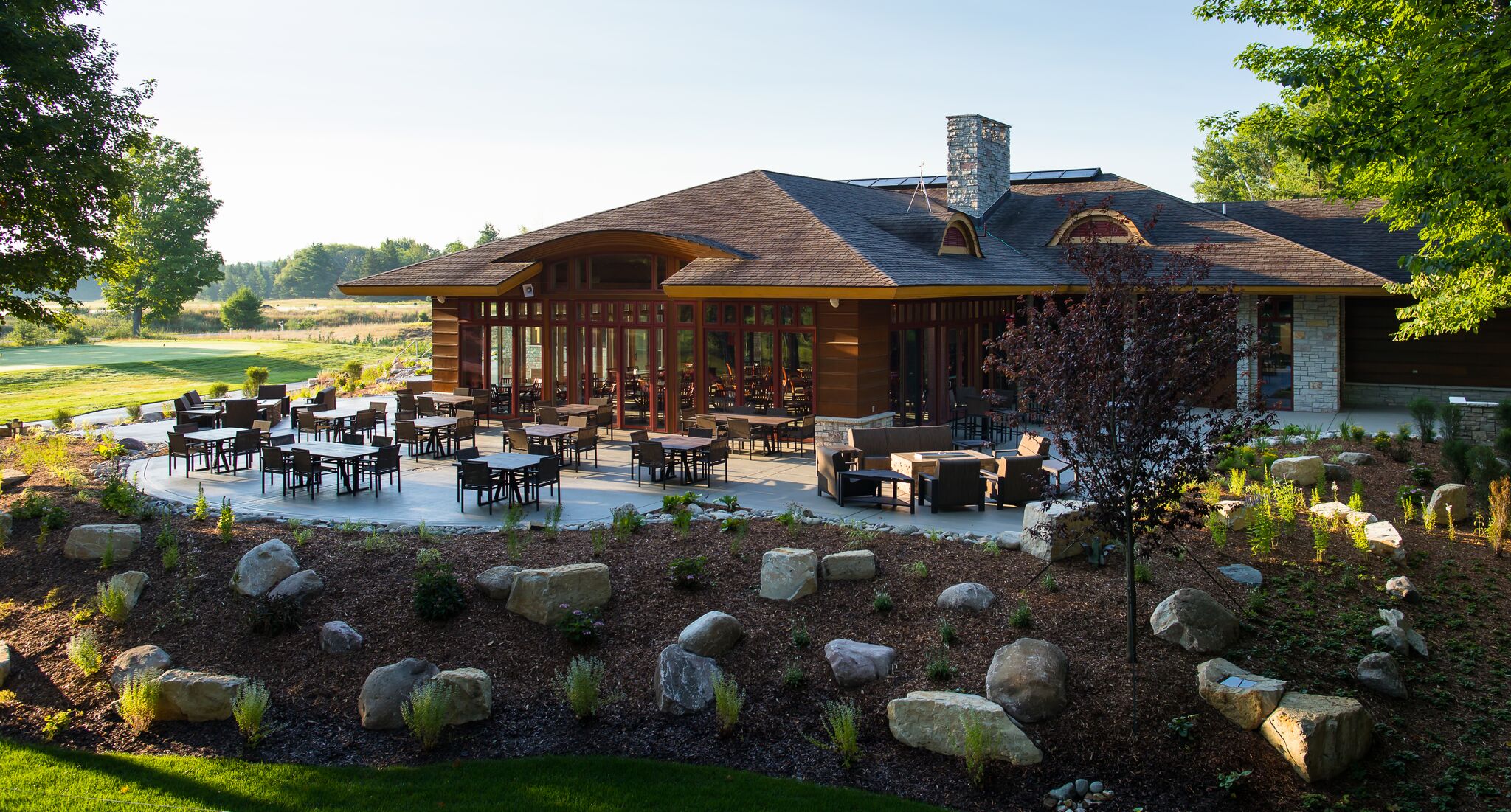 Black Lake also boasts a handsome clubhouse which serves breakfast, lunch and dinner with full bar service. There’s also a golf shop with a nice assortment of logo items. And along with the “Little Course” there’s an expansive practice range and practice putting green.

Best of all, one can conveniently stay at Black Lake at the adjoining UAW Black Lake Conference Center, the 1000-acre site founded by the late Walter Reuther who envisioned it as an educational and recreational retreat for UAW members and their families. And the pricing is very affordable. Packages for the fall and spring shoulder season start below $100 and can include golf with cart, one night’s lodging and breakfast. Multi-course packages are also available. For more information, visit www.blacklakegolf.com

Again, a successful golf buddies trip all begins with a tee time. Black Lake will take care of the rest.