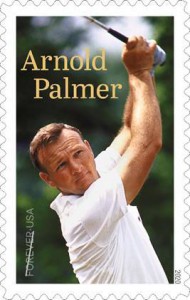 Take a ride as I recap some of my favorite golf memories of 2020.

“I poured through a lot of images before I found one showing Palmer swinging his club. In that pose you could see his grip, his concentration, and his determination. Also, it was an image of him at the top of his game,” said Antonio Alcalá, U.S. Postal Service’s Art Director and designer of the stamp whom I interviewed for a story posted in January. My Q & A with the Palmer stamp designer

Favorite golf round during the pandemic: In April and like most staying-at-home Michigan golfers, I was chomping at the bit to get out and play. As soon as the Governor announced at a press conference that Michigan courses could open, I immediately called The Meadows @ GVSU, where I’m a member, and secured the very first tee time. Our happy foursome took special notice of the excellent course conditions, thanks in part to the lack of play. But most impressive was the energetic hustle of Meadows’ limited staff—two from the golf shop and two from course maintenance—who had already aerated the greens (fully healed) and made other course improvements over the non-golf period. The course was in such top shape it could’ve hosted another Division II national golf championship. Thank you Don, Steve, Ron and Jeff! 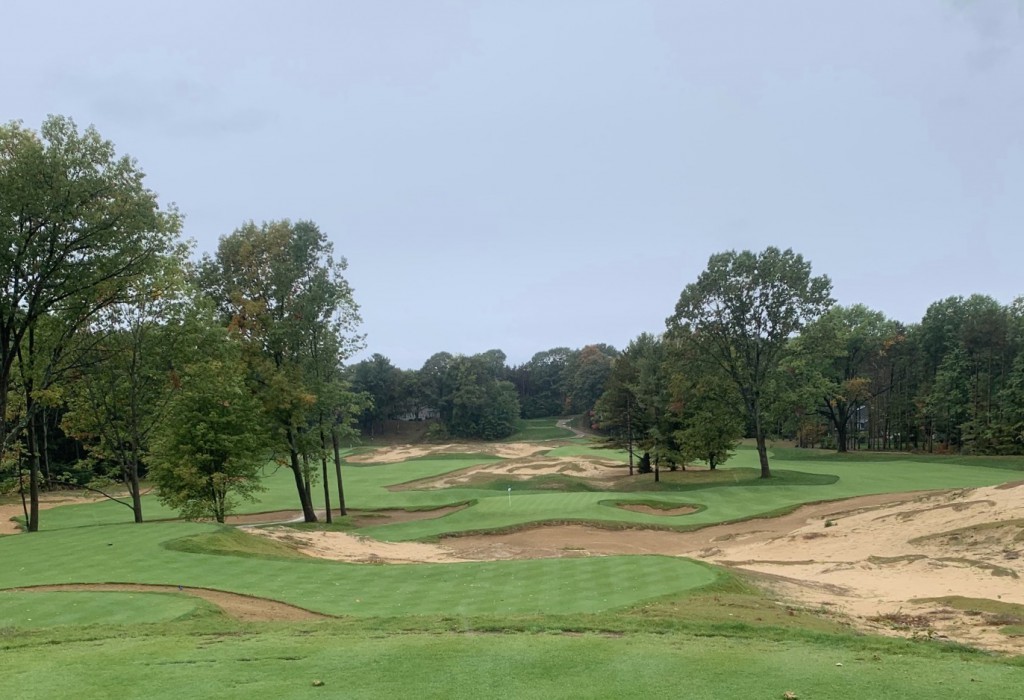 Favorite new Michigan golf experience: American Dunes GC, a massive and impressive redoing of the former Grand Haven GC, is a winner and ticks off all the right boxes: intriguing layout, eye-popping bunkers and exposed dunes, walkable, not penal and exemplary course conditions. Plus, it’s all dedicated to a worthy cause, the Folds of Honor. (Note: American Dunes officially opens for public play in May.) A brief take on American Dunes column

Favorite out-of-state golf experience: Another tap-in because it’s hard to match the golf, the remote locale and spot-on accommodations and amenities at Sand Valley Resort in Wisconsin. Located two-and-a-half hours north of Milwaukee, Sand Valley’s two sublime courses are owned and managed by the same savvy people that delivered Bandon Dunes, Barndougle Dunes and Cabot Links. Like some of the operators in northern Michigan, they know “destination golf.” A brief take on Sand Valley 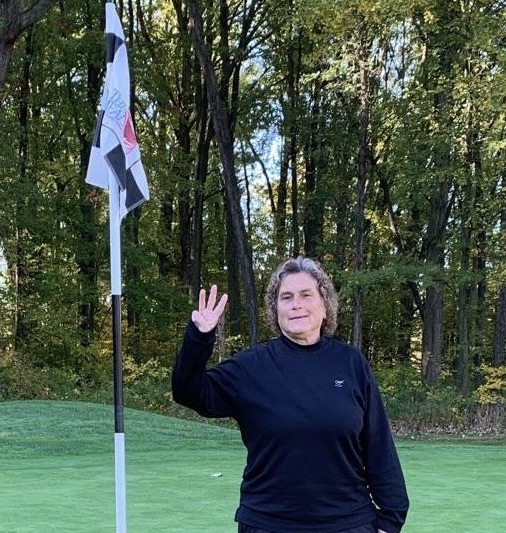 Favorite feat of the year: Getting one ace will make any golfer’s year but how about three? That’s what The Meadows member Lori Pospiech did in remarkable fashion at three different par-threes at the course in 2020.

Favorite impression of a Ben Hogan comeback: Here’s a nod to crony BR (darn HIPAA!) who successfully recovered from three major surgeries (one lasting 15 hours!) at the Cleveland Clinic in early July and then, after a long and arduous rehab period, managed to play golf again on Oct. 15. In December, he earned a few precious bucks in a hotly contested Nassau while going even par over a 11-hole stretch. Golf is good medicine. 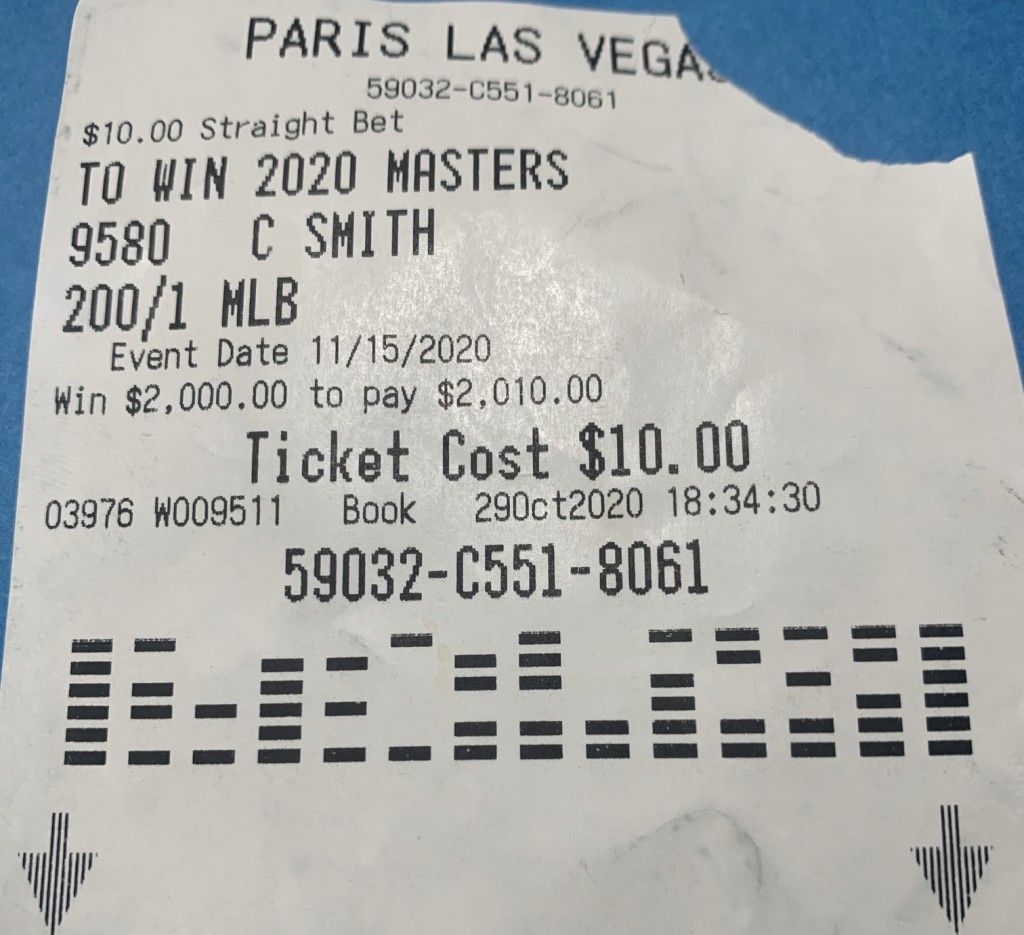 Best Emotional Return on a $10 Masters bet: Thanks to another golf crony Pat H. (darn IRS!) who placed some $10 Masters bets for me while he was in Las Vegas on a golf trip in October, I held a 200-to-1 straight bet to win on Cameron Smith for this year’s Masters. Using an old Bob Newhart line, holding that ticket as Smith battled Dustin Johnson down the final nine “didn’t necessarily make me nervous, but I was incredibly alert!”

Favorite foreboding golf line: Was uttered to me by my friend JJ before I teed off in the second round of the GAM Super Senior Championship in July. Knowing the day before I had birdied the first three holes of the tournament, he good naturedly quipped, “Good luck today. And I hope you get off to a better start!” In a typical reversal of golf’s fortune, I then went par, bogey and triple bogey—a seven shot swing from the day before!

Favorite quote lending another perspective to the value of a municipal golf course in an urban area:

Favorite putting tip: PGA teaching pro and putting guru Mike Boogaard of The Pines in Grand Rapids urged me “to accelerate thru the putt. If you can’t lead with the back of your left hand (as a right-hander) then do it with the palm of your right hand.” Bingo! (Incidentally, a guy named Jack Nicklaus used the same putting thought in his prime.) 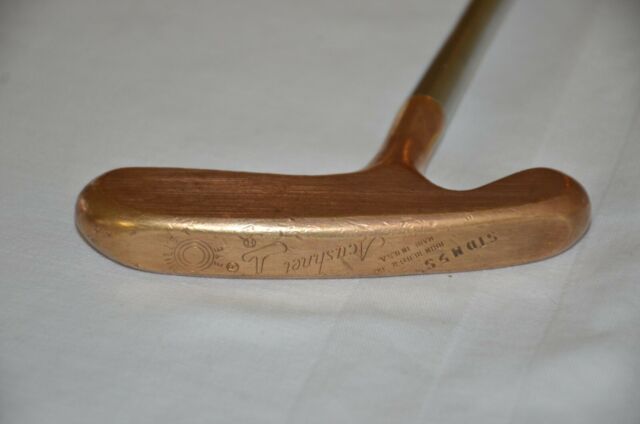 Favorite column as indicated by reader feedback and a friend’s “new” putter: In a column titled ‘Hoard Harden’ (a lame pun on the former Masters chairman) I asked various golfers to list some of the “old and trusty” golf clubs still in their possession. The aforementioned JJ was inspired to find and dust off his old Bullseye, bringing it out of retirement and lifting him out of a putting slump. As my depleted wallet will attest, he holed a lot of putts! Hoard Harden column

Favorite er best shot of the year among the cronies: Fellow Meadows member JR (he’s too modest to reveal his full name and wants to avoid autograph seekers) was inside a deep fairway bunker for his second shot at the always demanding par-four 18th at The Meadows. Facing a stiff two-club wind and 155 yards out, JR rocketed a towering 7-iron to within 20-feet of the back pin and later drained the putt. Suffice to say, the rare birdie was a skin. 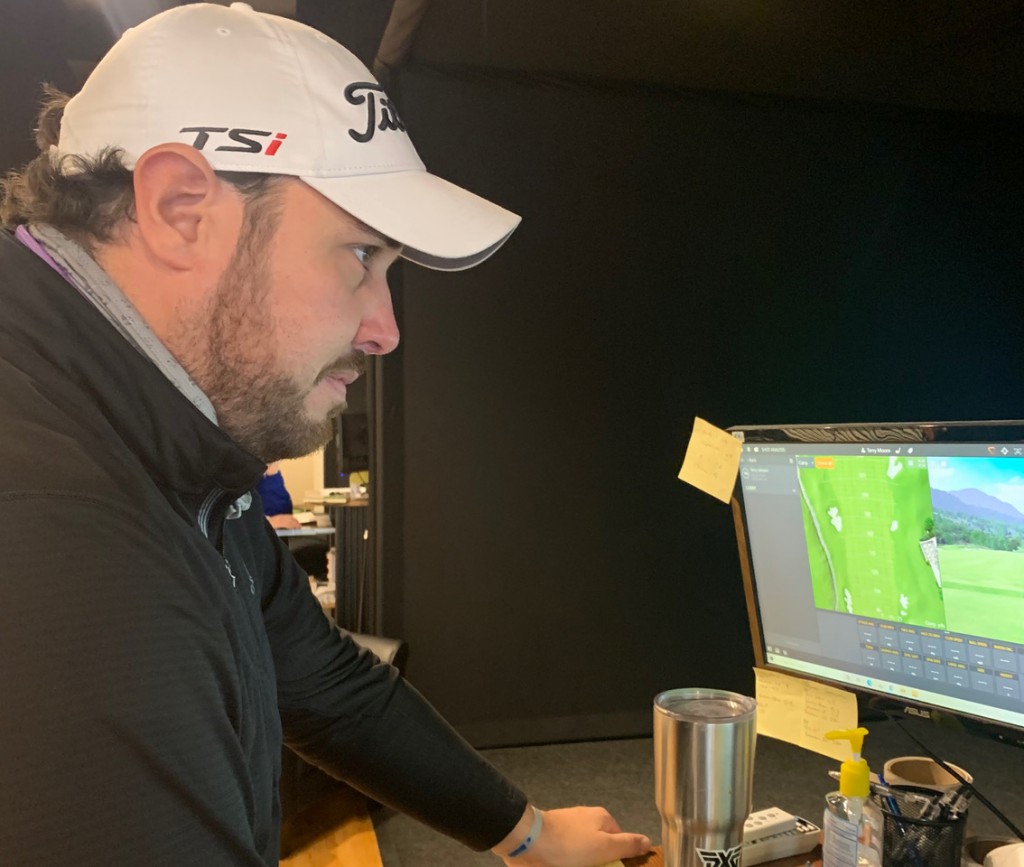 Favorite late season golf purchase: Blame it on the pandemic but I purchased some new irons for the first time in a decade. Thanks to the expert clubfitting of Jake Hamilton, Manager at GR’s Club Champion location, the irons performed beautifully out on the course. A gleaming new iron well struck is a thing to behold.

With that, let me say I can’t wait for the 2021 golf season to arrive. More favorite moments lie ahead among golf friends, new and old. Happy New Year!