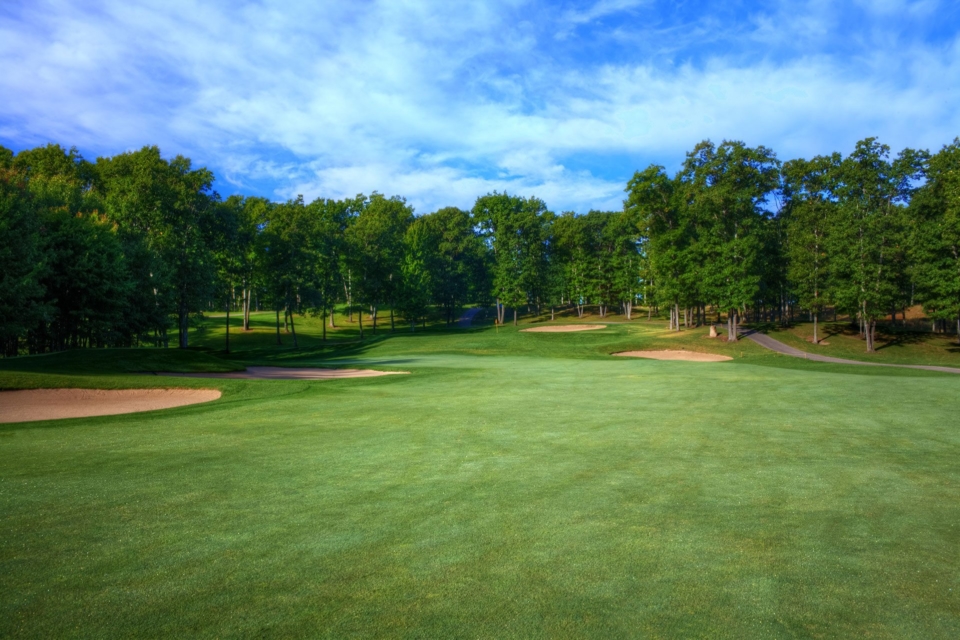 The Nightmare is beautifully set inside a former hunting preserve

Every fall a foursome of close friends makes our way to northern Michigan for our annual hotly contested matches at two or three courses. We often return to favorite courses but like to venture out to new ones or ones not visited in a decade or more.

As someone who has covered Michigan golf for almost 40 years, I’m rarely surprised to play a course that’s been under my radar. On the other hand, Michigan leads the nation in public golf courses so it’s inevitable I’d miss a few.

That was the case with The Nightmare in West Branch. It’s a winner and I’m embarrassed not to have played it before now.

It opened in 2003, six years after The Dream, its sister course only a few miles away. I was at The Dream’s opening but not The Nightmare’s. Maybe the penal-sounding name of the latter discouraged me from playing it. It opened in the fading era of “this course is tough” that unfortunately beset Michigan golf for well over a decade.

But The Nightmare, despite the name, is not a penal or an overly difficult course. It’s playable with wide fairways, open approaches to the green, and big greens with lots of sensible pin positions. And the penalty areas are usually lateral or behind the greens. Likewise, the handsomely designed bunkers rarely front the putting surfaces.

Dan Courtemanche is part of the family that owns The Nightmare and The Dream as well as several other northern Michigan courses. In fact, his family has been in the golf business now for 50 years. About The Nightmare, Dan was quick to mention that its friendlier design was the result of listening to customers.

“They liked The Dream but their feedback on a new course was to avoid blind shots and bunkers directly in the front of greens,” said Courtemanche who graduated from Ferris State but also attended Michigan State where he earned a Turfgrass degree.

On that note, I’ve never played a course with a Superintendent-trained owner that didn’t boast excellent course conditions. That’s true of The Nightmare. Tees, fairways, greens and bunkers are all in top notch shape.

“We take pride in our conditions and our players regularly compliment us,” said Courtemanche.

And he quickly credited his superintendent, Justin Bickel, for maintaining that standard.

The property for the course is stunning. It’s all golf isolated and set within a former hunting preserve. The only golfers one will see will be ones ahead or behind you. No housing, no distracting roads or highways.

Working with a design by Jeff Gorney, Dan along with his father Tom, his uncle Dan and his brother Darcy (who oversees The Dream) started work on The Nightmare by having thousands of trees cleared from the fairways.

“When the cutters first finished up the fairway clearings, I didn’t think they were wide enough so I told them to take out more trees and make them wider,” said Courtemanche. “I didn’t want to be behind the counter listening to players complain about losing too many balls.”

Today, Courtemanche says the average round is four and a half hours. “Golfers can still spray the ball and enjoy their round.”

The head golf professional at The Nightmare is Kyle Middleton who attended the PGM program at Ferris State and has been at the course for five years. He said 80% of its play comes up on I-75 from southeast Michigan but he’s seeing more from west Michigan, too.

“We attract guys’ golf trips and other large golf groups,” said Middleton. “Once they play here they invariably come back. They like the fact we have two courses and some groups will also play Forest Dunes, which is only forty minutes away.”

Although the course lacks a permanent clubhouse—using a large trailer instead—one is on the horizon. “Right now, Covid, high material prices and labor have delayed plans for it but it’ll happen,” said Middleton. “At the same time, our customers appreciate how we’ve invested back into the golf course and its conditioning.” And let’s be honest, large clubhouses at public golf courses are often unnecessary and can be drag on budgets and staff.

There are few if any shortcomings at The Nighmare. With four sets of tees ranging from 5061 to  7019 yards, it’s well-suited for all types of players.

In sum, don’t be misled by its name. When it comes to a golf experience, it’s a sleeper rather than a nightmare.

Golf rates with cart are only $50 until Nov.1. For more information on The Nightmare and The Dream visit www.thenightmare.golf