So here was my basic game plan for visiting Washington D.C. last fall: take in a few carefully selected attractions and museums—new and old—while also getting some business done at a centrally located hotel in the heart of the always inspiring nation’s capital. What’s true about real estate is also true for selecting a hotel in D.C.: it’s all about location, location and location. Well almost, because comfort, service and price are darn important, too. That’s why I selected the Crowne Plaza The Hamilton hotel. It’s ideally located off K Street and only a short walk to the Convention Center, the White House, the Verizon Center and, most importantly, a nearby Metro subway station. It neatly summed up what I was looking for in accommodations. Before talking about the hotel itself which was expertly renovated in 2012, let me digress about a few diversions during my stay. 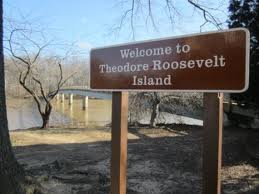 Accessible only by a pedestrian bridge

Theodore Roosevelt Island—Part of the National Park Service, this tiny island in the middle of the Potomac River serves as lasting and fitting tribute to our 26th President, known for his active love of the outdoors. Due to it being off the beaten path—thankfully— the island and its memorial are not a frequent stopping point for tour busses. In fact, only 160,000 people visit the island per year and most of them are area residents who enjoy it as a hiking, dog walking and family excursion spot. No cars or bikes are permitted on the island which is accessed by a pedestrian bridge from the Virginia side of George Washington Memorial Parkway. There are a variety of trails on the island but the big surprise is the memorial plaza and majestic 17’ foot statue of Roosevelt in the island’s center. There are also decorative fountains and moats and four monoliths carved with some of TR’s most famous quotations. In all, it’s a splendid living memorial to the memory and legacy of a truly great President, noted outdoorsman and conservationist. 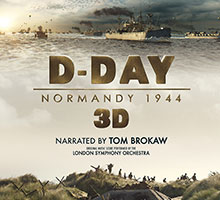 The National Air and Space Museum—Located off the National Mall, the Air and Space Museum is one of the most popular and busiest museums in D.C. No matter how many times you’ve been there it’s always worth it to pay a visit. The must-see iconic displays of the Wright brothers’ Flyer, the Spirit of St. Louis, and the Apollo 11 Command Module Columbia, and countless other planes and rockets still continue to inspire and inform. However, my primary reason to visit the Museum was for a particular IMAX show, D-Day 3D: Normandy 1944. In October, my wife and I visited Normandy, the WW II landing beaches and the heart-rending American military cemetery. Being there whetted our interest to learn even more about history’s biggest military operation. Narrated by Tom Brokaw and with exceptional production values, this IMAX film should be required viewing for history buffs of all ages. It particularly shines as a modern teaching tool, thoroughly explaining D-Day by the use of various cinematographic techniques—including animation, CGI, newsreels, and live-action images. 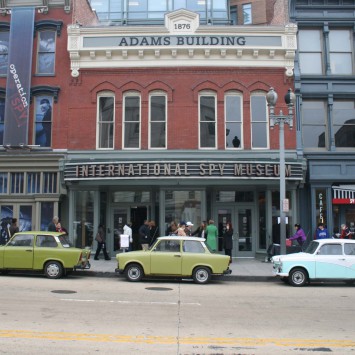 International Spy Museum—Unlike of the Smithsonian and Federal museums, this privately run and managed museum charges an admission fee. It’s not inexpensive but it packs plenty of whiz bang for the buck. Thoughtfully conceived and laid out, although somewhat cramped for space especially on busy weekends, it provides an exhaustive and detailed history of espionage through history. Although James Bond aficionados might favor the Museum’s hip 50th anniversary of the 007 film franchise, I was drawn to a different exhibit with a current marquee tie-in. One of the “spylights” of the Museum is an actual German Enigma machine, made and used during WW II, that produced a cypher thought to be unbreakable by the Allies. This is the machine that’s the focal point of the new movie, The Imitation Game. Another highlight of the visit, was the Eight Annual Parade of the Trabants, the outdoor exhibit of vintage and small East German cars popular during the Cold War and used sometimes to smuggle freedom-seekers to West Berlin. Topped off by a festive German band, this rally of nostalgic and odd-duck cars was enlightening and entertaining.

Smithsonian National Zoo—It’s been over 20 years since I last visited the National Zoo, one of the nation’s best. Must-see exhibits include the Giant Pandas, the Elephant Trail, Great Ape House, Great Cats and as many others as time allows. Most of the exhibits are in state-of-art habitats with ample and native-type environments conducive to wild animals in captivity. Along with being well-organized and well-maintained, the Zoo is quite hilly so wear comfortable shoes. And if you’re with children or grandchildren, don’t miss a ride on the solar-powered Speedwell Conservation Carousel that celebrates 58 species found at the Zoo.

One of the best parts about an active day of sightseeing is returning afterwards to a well-managed and comfortable hotel in an accessible location. That’s the Crowne Plaza Hamilton. 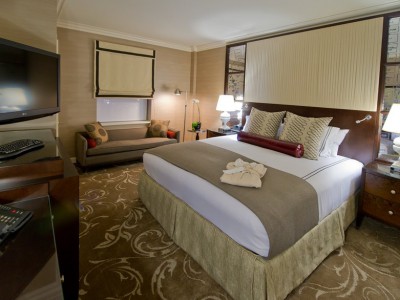 Room—Well-appointed and decorated, the room featured comfy beds with top-of-the-line pillow top mattresses. The workstation with reliable Wi-Fi access was terrific for tackling my business agenda items while the 37-inch flat screen HD TV was perfect for watching tackling on the gridiron. Other nice amenities were the coffee maker, the heavy window blinds, and the mini-refrigerator. I particularly liked the nifty individual reading lights on the bed’s headboard. Improvements could be made by making the door more soundproof from hallway noise but it was a minor issue. Overall it was a quiet and trouble-free experience.

Dining—Besides partaking of the Starbucks located off of the hotel lobby (spacious and welcoming), my dining experience was confined to morning breakfast at the hotel’s well-regarded 14K Restaurant. With a view of Franklin Park, the 14K provided a delicious and ample buffet to start a busy day. And the service was attentive and friendly. After just one visit, the staff remembered the type of coffee and juice I preferred.

Service—The hotel staff was diligent and guest-oriented. The best example occurred when I left a camera in my car. The hotel has valet parking only so when I was ready to head out for the day, the car wasn’t nearby for me to simply go fetch the camera. However, a parking staff member immediately went to the car, located the camera in the glove compartment and brought it to me at the reception desk. And he did it gladly. 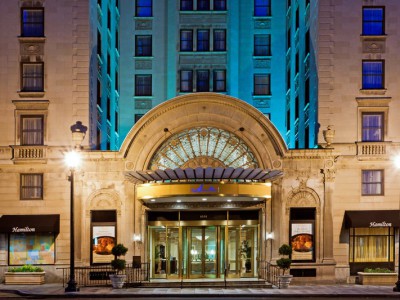 The Crowne Plaza The Hamilton was an ideal choice as a centrally located hotel adept at serving both business and leisure travelers. Despite its boutique-style and feel, the hotel and its 318 rooms are also popular for meetings and conferences. In fact, the laudable Shared Hope non-profit organization, that combats juvenile trafficking, was having its conference at hotel during my visit. It was the second consecutive year it held its meetings at the hotel.

No surprise here that meeting organizers happily returned to the Crowne Plaza. I plan to do the same.

For more information, visit washington.org and Crowne Plaza The Hamilton