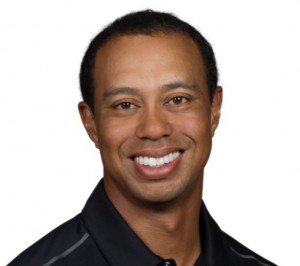 “If only I had visited Las Vegas last August.” That’s what I’ve been muttering to myself ever since I learned the Vegas bookies back then had Tiger Woods at 100/1 odds to win the 2018 Masters. Admittedly, those long odds made sense at the time because no one knew the physical condition of Woods after his fusion back surgery. Many observers, including several reputable surgeons familiar with the procedure, had deep doubts if the 14-time major champion might ever play again let alone be competitive.

Fast forward to this week before the Masters. Lo and behold Woods is listed as one of the co-favorites, sitting at 10/1 odds. Woods’ reemergence as a contending player and factor for this year’s Masters is one of the top stories not only for golf but for sport in general. His play and performance this season have been simply remarkable. And regardless what you may think of Woods as a person, one must be impressed with his resurgent golf game and a more congenial attitude during tournaments.

As Augusta Chronicle’s award-winning columnist Scott Michaux observed after watching him at Innisbrook where he finished second behind Paul Casey: “He’s interacting more with players, media and the fans, signing autographs after every round. He just seems more comfortable in his own skin, happy to be back in his comfort world.”

Along with this new and improved attitude and mindset, Woods’ on-course performance is also noteworthy. Although his driving is still at times inconsistent it’s not ruinous as it was before. His wayward tee shots are not that bad and that’s a huge difference. Championship golf is all about the quality of one’s misses. And at Augusta National, with its second cut and wider corridors, driving accuracy is not as critical as the short game.

And it’s in the short game—putting, chipping and pitching—where Woods is approaching the wizardry last seen in 2013 when he was the PGA Tour’s Player of the Year. Over the last five years, reoccurring injuries particularly with his back severely hampered Woods’ play. Probably most troubling was the appearance of the chipping “yips” in his game that prompted many pundits to write an early obituary for Tiger’s golf career. In fact, Golf Channel’s Brandel Chamblee said he knew of no one who came back from the chipping yips.

What wasn’t more fully considered at the time was the extent of Woods’s pain given his back condition. For anyone with back pain, even chipping can be a dicey proposition. Even the thought of pain could easily lead to a flinch and a hesitation—a recipe for disastrous chipping.

His successful fusion back surgery has resulted in pain-free ball-striking and posture. The person closest to him on the course is caddie Joe LaCava. At Innisbrook, he was quoted about Woods: “He’s, I think…healthier this time because of the different surgery. I can tell by the way he’s swinging and carrying on off the golf course. He seems healthier. That’s the big difference.”

And the metrics bear this out. After Innisbrook, PGA TOUR statistics showed Woods’s clubhead speed ranked second (!), the only 40-something in the top 30. It also revealed he’s also inside the top 30 in three of the four Strokes Gained stats: Approach-the-Green (19th), Around-the-Green (21st) and Putting (23rd). Furthermore, he ranked inside the top 20 in these Strokes Gained categories: Off-the-Tee, Approach-the-Green and Around-the-Green.

After his last tournament in Orlando where he finished T-5th, Woods’s stats reveal he’s ranked 7th around the greens, 14th in overall putting, T-13th in 3-putt avoidance, and 6th in scoring average. 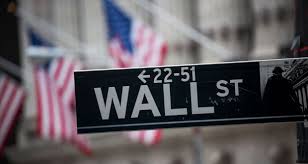 Will Tiger’s stock continue to rise or is it a bubble?

In my golf crony group, which meets annually around Christmas time for a holiday gathering, we’ve had a discussion whether one would be a buyer or a seller of Tiger Woods as a stock. Before this past December, most were sellers. His physical condition and lack of credible play made few if any takers of the Tiger stock, then trading at record lows. But not long after, several of us were buyers again, buoyed by his improved play in the Bahamas.

In fact, I predicted Tiger would win again and if it were a major it would be the Masters.

It wasn’t such a wild and bold prognostication. As far as the Masters, it bodes well for Tiger for several reasons. First, it has one of the smaller fields of most tournaments and smallest of all the majors. Second, he certainly can manage the enormous pressure even if he hasn’t really contended for a 15th major since 2008. Third, his course knowledge and rediscovered short game mastery make him an automatic contender. He will have to drive the ball well enough on the par-fives to reduce them to par-fours as they are for Dustin Johnson, Rory Mcllroy, Justin Thomas, Bubba Watson and other bombers. 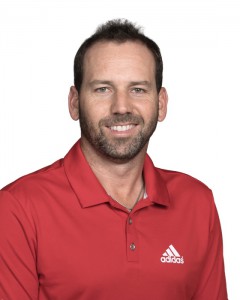 Looking at these numbers, I can see Woods matching if not exceeding those numbers in all but Driving Accuracy. And I expect his Total Putts to be lower than Garcia’s. That’s why I’m a buyer of the Tiger Woods stock. Only wish I had a Vegas betting slip on him at 100/1.

But all in all, this Masters is wide open with a host of players—Johnson, Mcllroy, Thomas, Garcia, Mickelson, Watson—all in fine fiddle to be contending on Sunday afternoon.