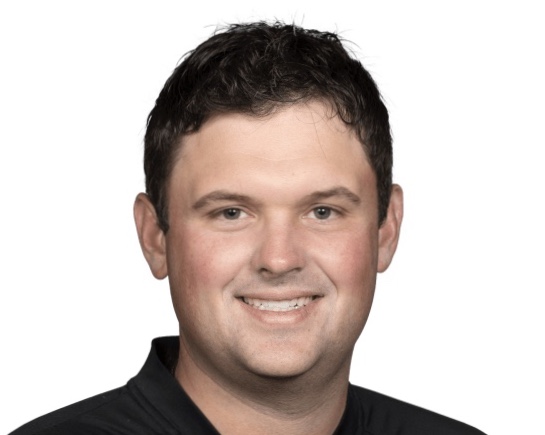 (Augusta, GA)  Game plan. That’s what Patrick Reed focused on and it became his week long mantra in winning the 2018 Masters.  He endured intense final round pressure but prevailed against challenges posed by Ricky Fowler, Jordan Spieth, Jon Rahm and Rory Mcllroy. So what was Reed’s Masters-proven game plan?

The short answer: one part preparation and course management, one part putting, one part good fortune, one part mindset and confidence, and one part execution. Okay, so it’s not a short sentence.

In four previous trips to the Masters, Reed’s record was lackluster: missing the cut twice and finishing just once inside the Top 25. His lowest score in 12 rounds was 70. This year, he took a different tack on his preparation.

“I feel like the game plan coming in was where it needed to be and I felt like I executed pretty solid,” said Reed after his Thursday round when he shot 69. “I feel like I’ve done all the work…I know where to leave the golf ball and it’s now just going out there and executing the game plan and staying disciplined enough to actually stick to that game plan.”

Although invited players may play as often as they wish before tournament week, Reed elected to play just twice on the Wednesday and Thursday prior. “It’s completely different when you get close to the Tournament week,” said Reed.

Playing earlier when the course is softer and the greens lack tournament speed can mislead a player explained Reed. “You don’t find the subtleties… and you miss in certain spots, you’re like, oh, that’s not bad, because you can get it up-and-down…That’s why I decided to come last week, to kind of see how it was and I was able to get a lot better notes and more crucial and important stuff.”

And the crucial and important stuff was tried and true Augusta National advice like staying below the hole on approach shots and missing it in the right spots. “It truly is a course knowledge golf course,” said the 28-year-old Texan.  “You need to know where to put the ball on certain pins and if you miss you need to miss it in certain spots…”

Reed accepted the demands posed by the slick and confounding greens and made some adjustments on how he read them. “I feel a lot more comfortable now than I did in the past…you just have to learn to see more than there is.  I mean no matter what, every time you read a putt here, you’re reading it…that’s a cup out.  Well, try two cups.  Because every time you play double what you see, the ball will either go in the middle or creep in on the low side.”

The cumulative putting stats revealed Reed’s short game wizardry. He was #1 in total putts with 104, with only two three-putts overall and four out of eight sand saves. And no one started off hotter in the first two rounds. He birdied all of the par-fives on Thursday and Friday and had 22 one-putts. That’s an unbeatable combo of power and touch.

In terms of “misses,” Reed had only a few and nothing disastrous ensued. In 72 holes, he never carded anything higher than a five or a bogey. Of course, a bit of good luck in dodging mayhem always helps before donning a green jacket. Case in point on Sunday was Reed’s seven-iron second shot on the par-five 13th green that came up short on the bank and somehow didn’t roll back down into the hazard. (Déjà vu: Masters winner Fred Couples’s tee shot on no. 12 in the final round in 1992 that came up short but refused to roll into Rae’s Creek.)

Even if he had found the hazard on 13, Reed probably would’ve saved par, given his short game prowess, but one never knows, as Jordan Spieth shockingly discovered in 2016 at no. 12 when he made 7.

Reed also avoided such an “implosion” by playing intelligently when in trouble. He and his caddie Kessler Karain, Reed’s brother-in-law,  added another caveat to the game plan: “Try not to make those big, catastrophic mistakes.”

At 11 on Sunday, his drive found the trees and he was faced with a daunting shot to the green. “I probably would have said two years ago, I would have tried to hit that slice 4‑iron around the trees and start it at the pond and try to get it back to the green.  But this time around, I was smarter.  I was just like, lay up and worst‑case scenario you’re going to make bogey.” And after a sublime pitch he narrowly missed his par putt.

In terms of his mindset, the self-assured Reed—labeled “Captain America” for his feisty and winning ways in Ryder Cup matches—also made it part of his arsenal. Several times in interviews, he voiced the sports psychology acumen of staying in the present. After he took the tournament lead after Friday’s round, he said: “…I have to go and not get ahead of myself and just take it shot by shot, hole-by-hole…and to keep to my game plan, play some solid golf…”

After Saturday’s round when he held a three-shot lead over Mcllroy, his Ryder Cup singles opponent whom he beat 1-up in 2016, Reed maintained a similar focus. “I think the biggest thing is just going out and playing golf.  You know, trying to not allow the moment to take over me.  Really just go out and play some golf and just hit golf shots.”

Later in that same interview, he distilled and simplified his approach to the final round of the Masters as “it’s still golf. You go out, you play golf, and you just try to go stick to your game plan, shoot as low a number as possible.  And hopefully at the end on Sunday afternoon, it’s good enough.”

Indeed, the execution was good enough and then some. It was the stuff of his childhood dreams.

“As a kid growing up, it’s always this putt is to win a green jacket; this putt’s to win the Masters.”

All in keeping with the game plan, Patrick Reed’s final and winning putt on Sunday fell into the cup.

photo courtesy of the PGA TOUR.