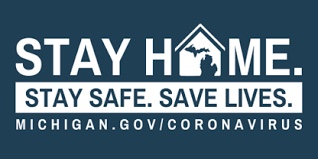 In effect until May 1

Based on the most recent findings and with a few local or county exceptions, 14 states in the US have closed down golf in the midst of the pandemic. And as cited in the Morning Read, GolfNow—the online tee time service—reports 41% of its courses across the nation have closed. Here in Michigan, avid players deal with the loss of golf as they wait out the Governor’s critical and necessary “StayHome/StaySafe” order.

Considering the gravity of the crisis, especially in SE Michigan where transmissions have soared and hospitals and their staff are under siege, I’m not going to rant and rave about the curtailment of golf in the past or in the near future. Closing down businesses was not an easy or thoughtless decision. And it was driven by the advice of medical experts. That being said, golf is a unique game, one conducted outside in a vast and open playing field and with your own ball and space. Added sanitary precautions like limiting tee times, not touching the flagstick and keeping one’s hand out of the cup all make sense and limit the risk. In short, golf is ideally suited for “social distancing.” A larger number of states have permitted golf to stay open with these precautions, including our neighboring states of Indiana and Ohio. (Note: Ohio deemed courses as “nonessential” in its original order but then reversed itself a week later.)

I applaud the Michigan Golf Alliance (MGA)—composed of the state’s major golf associations—in its past and ongoing efforts to inform our government officials about golf, both as a game and as an important business. (Full disclosure: I’m a Board member of one of these associations.)

Recently, the MGA urged the state’s elected officials and the Governor to open up golf again with necessary precautions and safeguards as cited. On Tuesday, the Michigan Legislature voted to extend the Governor’s State of Emergency until April 30. On Thursday, Governor Whitmer extended the “Stay Home” order until that same date and with no exceptions made for golf. She specifically mentioned both golf courses and landscaping, deeming them as “non-essential” in this crisis. In her brief remarks about golf, it appeared either she didn’t understand or disregarded the safeguards Michigan courses were ready to impose.

But the MGA made its case in a thoughtful, conciliatory manner. Maybe after this latest extension, and if the public health situation allows, golf will open up.

During this crisis, I’ve found it disappointing to see how partisan politics and loyalties have entered the public and private discourse over this major health crisis. Some of the public health guidelines issues—including closing schools— last month were immediately “dismissed and dissed” just because they came from this particular Governor. If there’s ever a time to put aside that kind of petty thinking and attitude, this is it. Let’s have more light and less heat on these vital matters.

Likewise, it wasn’t helpful for a very small number of private courses, some in the hot zone of the Greater Detroit area, to remain open during the past seven days for member-only play. The Governor’s Executive Order and subsequent clarifications made it clear there would be no public or private play, regardless of the sanitary measures taken. A few private clubs and their members in the GR area also disregarded the order. In some cases, law enforcement officials appeared on the scene. But big picture: almost all courses are in compliance and doing their part for the common good.

See you on the other side soon. 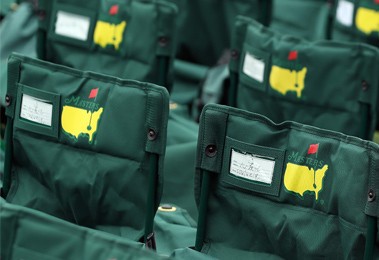 A happier thought is the prospect of the Masters being played in November. A number of public health metrics and safeguards will have to be known before the tournament is actually held the week of Nov. 9. But just the idea of a Masters in the late fall is hopeful.

The course won’t be in colorful bloom but the weather and course conditions should be fine. The average November temperature in Augusta is 64 degrees and the average rainfall is similar to April’s. With the course closed over the summer, the fall is a very popular time for Augusta National’s membership.

One pending decision is whether or the Richmond County School District, which includes Augusta, will follow past practice and close the week of the Masters. I checked its website and found a message saying that decision will be made soon by the school board. It recognizes the importance of the Masters to the community and hinted cooperation is likely. Many area high school and college students are also employed during Masters week. Think about it: for the 2020-2021 school year, those area students could have two weeks off because of the two Masters. Hey kids, expect to be in class around the other holidays!

Sadly, like the Drive Chip & Putt National Finals, the Augusta National Women’s Amateur was cancelled this year.  Instead, those player invitations will roll over to next year so long as the competitor hasn’t turned pro. Michigan’s sole entrant this year was Brighton’s Allyson Geer-Park.

One Response to “Remote Observations: Balancing public health/safety and the business & joy of golf”