Depending on your view, having two courses on site as diverse as Mission Inn’s Las Colinas and El Campeón are can either mean you have variety, or that you simply have an A course and a B course. Land planning concerns (read: selling houses) dictated that Las Colinas would be nothing like its intimately routed older sibling, but the younger course does more than just roam freely–it goes straight rogue. 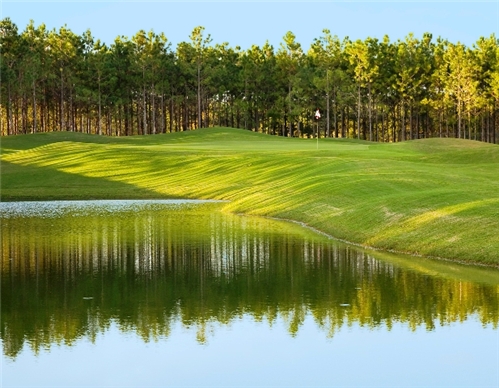 The raw material has potential. There’s vivid topographical movement (especially in the second nine), sandy soils, hardwood tree cover and a few streams and lakes to play with. But the routing wanders with little sense of purpose or foresight, jumping through the housing development early before reaching the best ground in an outback section to the far northwest. In fact, the routing was altered in 2008, with several new and attractive holes added to the best part of the property, in part to accommodate future home development that may or may never come.

There are some good holes like the par five 5th where you can reach the deep, three-tiered green perched on the other side of a creek in two shots with a strong cut drive down the right-side hazard (trees block the angle from the left). But some ill-suited shaping and strange bunkering undo whatever integrity the course has.

The symmetrical circle bunkers surrounding and backing several greens look like fingers were stuck in your icing. And there’s such a variety of hole widths (the tree-lined 12th might be the narrowest hole I’ve seen in Central Florida) it feels as if you’re playing at several different courses at once.

At any rate, Mission Inn indeed has two distinct courses, one with charm and old world bones and another that’s thoroughly late and occasionally awful 20th century Florida. (83) 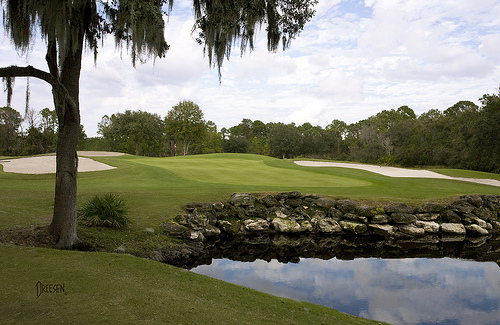