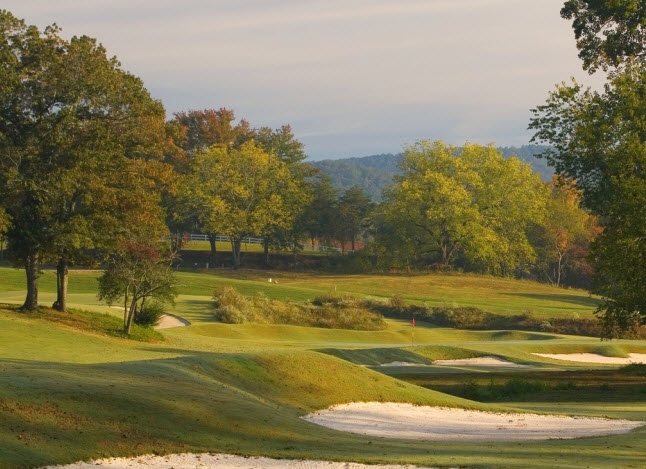 Denis Griffiths’ shaping at Old Union in Georgia is simultaneously fresh and reverential. (Photo from olduniongolf.com)

I’m not saying Denis Griffiths is old, but at Old Union in north Georgia’s Appalachian foothills near Blairsville the architect created a look that might have come straight out of the early part of the 20th century. Or before.

Old Union is enlivened with distinctive features I call ramparts–steep vertical faces cut from stacked piles earth that front and flank greens and rise sharply out of flat-bottomed bunkers.

Where modern architecture is so often about curves and soft, billowy flow, Griffiths went Old Time Golf and chopped the hell out of those curved lines. The features look hand- or horse-cut, with some of the bunker design reminiscent of Seth Raynor and Charles Banks. Elsewhere you see elements of early Ross in the shapes and orientation, as well as some bunkering inspired by classic links courses. And the overall in-your-face attitude of the ramparts can be seen as a nod to the more primitive, turn of the century Willie Dunn/Tom Bendelow penal school. Finding your ball resting against the base of a sharp upslope in either the fairway or a bunker is no joke. 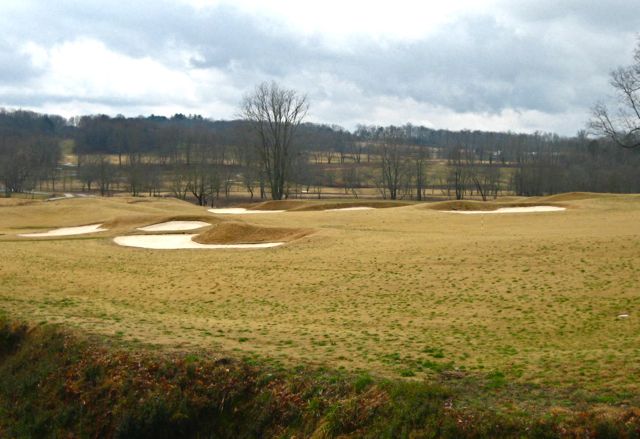 The distinctive shaping at Old Union draws inspiration from many mothers…

All the more remarkable is that this is completely unexpected. For several decades Griffiths has been sort of the house architect for Atlanta and parts of north Georgia with dozens of regional designs and renovations to his credit. Though he did build a course at St. Andrews, and a couple of his immediately preceding courses had toyed with a steeper style of bunker, nothing predicts what he’s done at Old Union. This dog’s been holding back a trick or two. Griffiths purchased the property from the original developer while still under construction–being the owner doubtlessly encouraged a freedom he probably never had before.

Old Union works for several reasons. One, the assertive shaping is reverential without being derivative. These shapes and features may not be new, but you can’t exactly place where they’ve been done before–they’re not template and they’re certainly not replica. It’s a tribute to Griffiths that something reminiscent of the past feels this fresh and exciting. 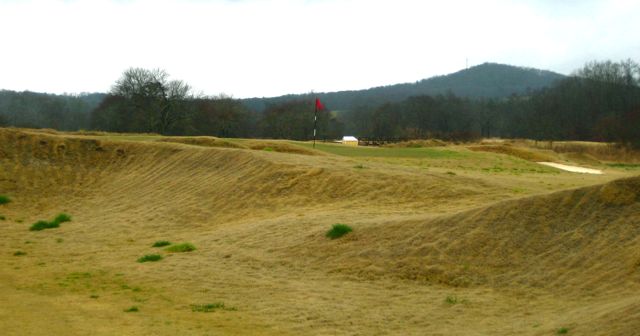 These features can cause all kinds of madness.

Two, it works with the setting. Most of the course curls along the flood plain and wetland bogs surrounding Ivylog Creek. This portion of the property is flat and basically featureless and therefore the perfect candidate for such dramatic, hard-edged shaping. You couldn’t make this land interesting without creating bold, elevated shapes.

It also sits in a scenic pocket of nature at the center of an unbuilt development–not good news for Griffiths, but great news for players who get views of the surrounding Chattahoochee National Forest foothills.

The strategic variety is also entertaining. Holes like the par-4 4th are just wide and brutish (514 yards) with two staggered bunkers pinching the landing are. The next hole is the opposite, a shortish par-4 with a chain of bunkers splitting the fairway into high and low sections. The big pedestal green at the par-5 8th can be reached in two, but you have to challenge the hazardous left side with a second shot that carries the edge of a wetland. 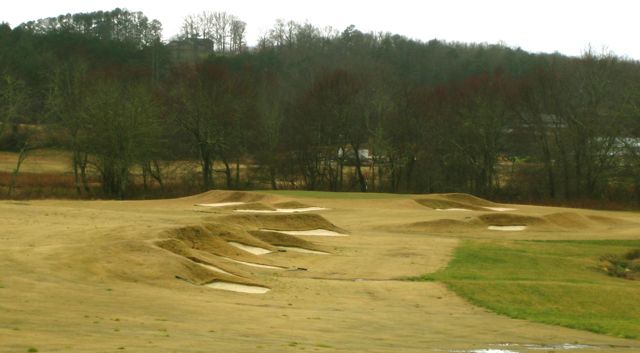 The second nine has slightly better terrain and the shaping is accordingly more muted, but not by much. Eleven is a fun, downhill par-4 across an phalanx of bunkers. The muscular middle holes run back and forth around a series of ponds toward more large, built up greens, and the final two holes close with style, including an improbably wide par-5 that narrows toward a heavily fortified green and another hi-lo driving hole split by a large bunker at that par-4 18th.

If there’s one drawback to Old Union–and it’s no small one–it’s the lack of internal contour on the greens. Griffiths favors of using a minimal amount of slope on his putting surfaces for two primary reasons: it allows for more pin placements, which in turn helps reduce wear and lowers maintenance costs; and he believes subtly breaking greens can be more difficult to read than those with large, obvious breaks. 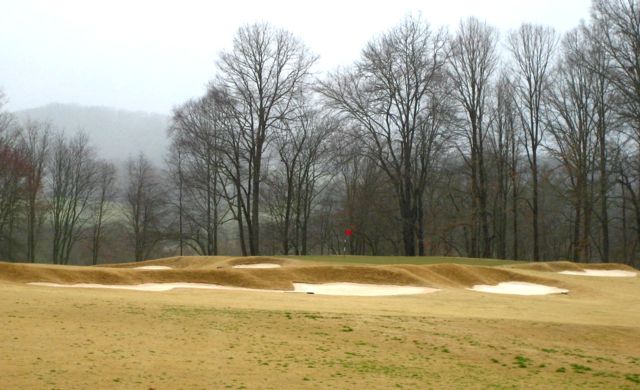 The shaping and bunker style, here at the 18th, create contrast and depth in the absence of natural movement.

Whether this is true or not, for many players like myself the lack of character on the greens is a severe liability. I’m sympathetic to his argument as a golf course owner and operator, but an opportunity was missed with this design. The greatest courses in the world, if they share anything, have interesting, dynamic and occasionally extreme greens. Old Union is interesting, dynamic and occasionally extreme–it’s too bad Griffiths didn’t carry it all the way through. (91) 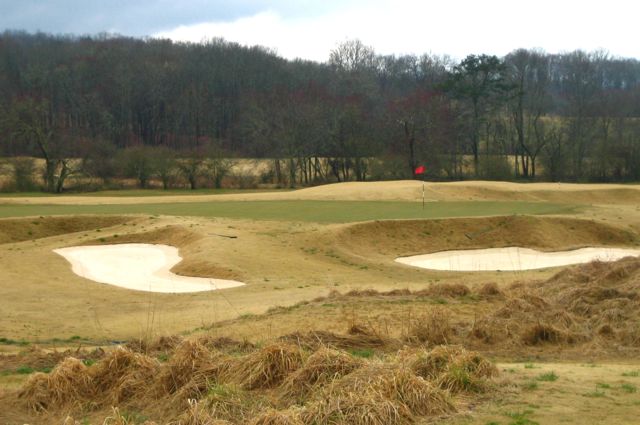