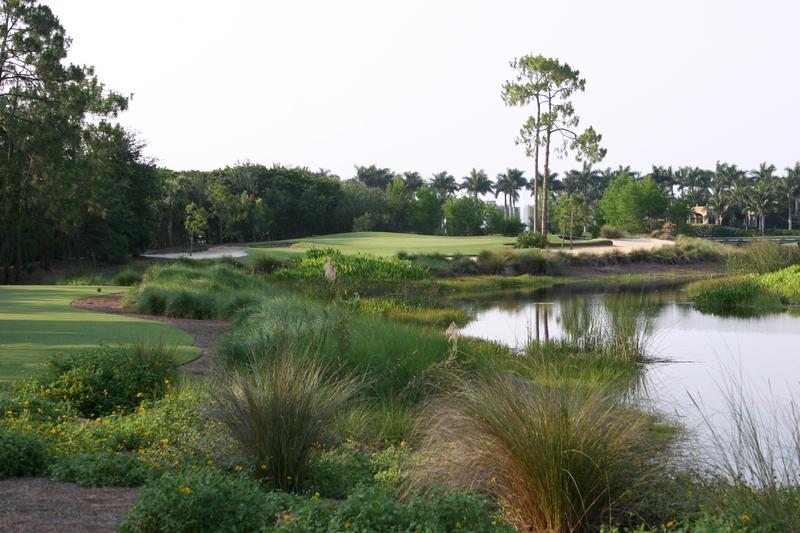 Sod-wall bunkers with crisp upper lips. Wall to wall fairways. Waste areas bleeding into the underbrush. Greens that bubble like natural expressions of the fairways.

When this describes a course in Australia, our mouths water thinking of clubs like Commonwealth, Victoria or Metropolitan. When they describe a golf course in Naples, you start thinking “gimmick.”

I suppose there’s no way around it–these features at Tiburón Golf Club, built by Greg Norman’s American design team, are an injection of pure novelty, even if orchestrated by someone intimate with Australian golf, even in a region with no authentic golf identity or meaningful attributes of its own.

In this kind of choked-off environment, if you can’t blow up the land like at nearby Calusa Pines, then crafting a low, ground hugging, strategic Aussie rendition is actually a pretty smart approach. The Tiburón property, like everything else in South Florida that’s not up against the coast, consists of ubiquitous, griddle-flat wetlands and, in this case, parts of an old tomato farm.

And it works in theory. With zero of the natural ground movement common to all good courses, something had to be done to punch up the design. If you’re not pushing some progressive vision around these parts you’re not trying hard enough, and as far as ideas go this one is pretty specific. 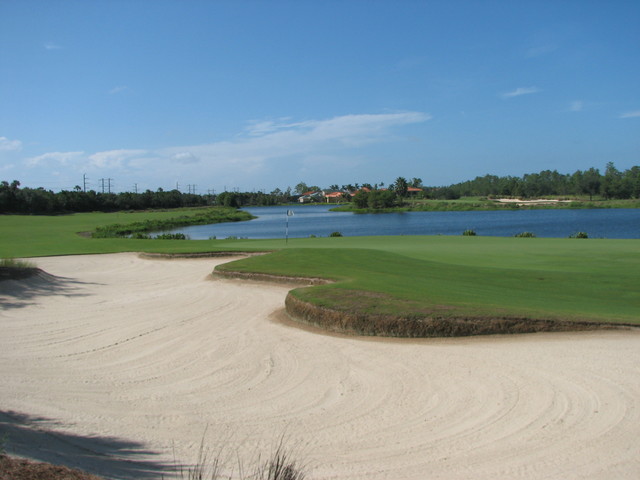 These sodded lips, while not an original idea, do give Tiburon an identity and add to the recovery challenges around the greens.

You can’t try to do this kind of thing–the no rough concept, the slightly crowned greens pitched at different orientations–without providing enough width to work angles and plan approaches. Tiburón does. The fairways range from 40 yards wide on the skinny side to some that are over 60 yards across. While not particularly firm or consistently windy, you still feel you need to play shots, particularly around the greens.

I enjoy the strategic simplicity–big wide fairways, the lack of obvious aiming references, the naked aspect of greens that slope away on numerous sides. The landscape is utterly redundant and a lot of the bunkering ventures into the mindlessly beachy, but the continued presentation of these concepts holds your interest.

But the problem isn’t the concept, it’s the continuity. The first 27 holes were built in the late ’90’s, and even these were wildly disconnected. Nine more holes were later squeezed into a lot on the other side of a 6-lane road which give the resort (in this case the marvelous Ritz-Carlton Golf Resort) two 18-hole courses a vast, untethered footprint. 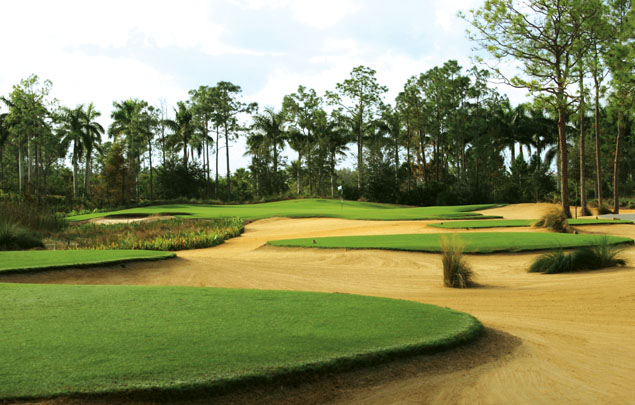 The shape and styling of Tiburon add character to the uninteresting land. Here, the Gold Course’s par-3 8th.

The best holes on the property are the Black Course’s original first nine that played out and back through a dense pocket of woods before suffering the indignity of having the new holes across the highway injected between the old 7th and 8th. The Gold Course, where they play the Franklin Templeton Shootout, spins out in two different directions though never feels like it has a core or center of gravity (because it doesn’t), and finishes with two stereotypical South Florida water holes–think Doral 18.

Usually you just shrug off or ignore residential courses with holes tucked into crowded corridors or broken off from each other by long passageways; the golf probably wasn’t going to be that enlightened anyway. But at Tiburón thoughtful hole designs and strong integration of bunkering and green shapes is compromised by all the meandering. There’s a pretty solid 18-hole course here–the Black’s original first nine and the Gold’s second nine might score an 88 or 89–but as is, the Gold is an 86 and the Black is just one point better (87). 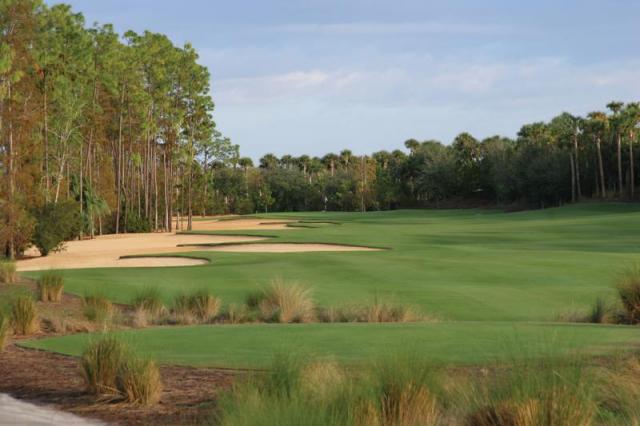 The border on Gold’s 3rd hole is too beachy, but there’s enough width in the fairway for the drive to yet hold meaning.