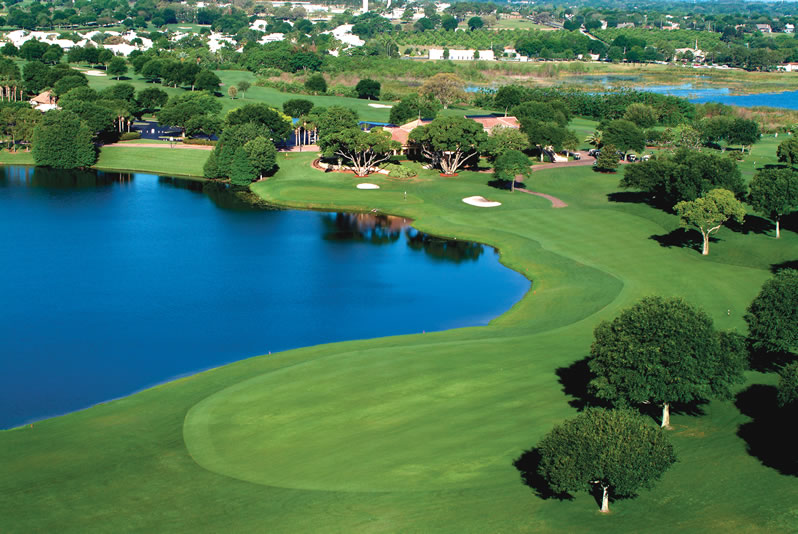 The 9th at MetroWest would feel at home at nearby Bay Hill.

MetroWest Country Club opened in 1987 and for a dozen or so years it was considered one of Orlando’s better public golf courses. But a lot happened to golf and golf design in those years, especially around Central Florida, and today the course feels old fashioned and ordinary, a banal but benign throwback.

The routing runs in two directions through small ponds and modest elevation changes, coupling out-and-back hole tandems through a ubiquitous Orlando neighborhood in the western lake region. Though there are few unique or compelling holes, the lack of obvious mounding and site manipulation is if nothing else refreshing for the vintage.

On the other hand, it seems like Robert Trent Jones was stuck in the 1960’s here rather than the ’80’s, pinching landing areas with amoeba bunkers, propping up multi-level greens over hazards and generally keeping with a retrogressive modus operandi. More than likely he saw the course only once or twice, and it shows–half the holes feel under-designed or awkwardly arranged, especially during the second nine. 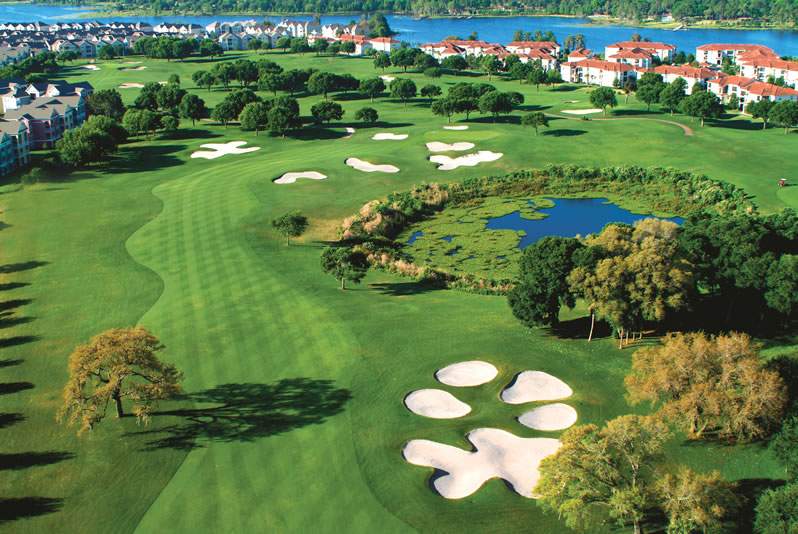 The big, slightly uphill par-5 4th is one of the few points of strategic interest.

If there’s a silver lining it’s that the first nine feels a little like Bay Hill a few miles south–the early Dick Wilson version (a Trent Jones contemporary) that is, not the course that Arnold Palmer rebuilds every few years. The best run of holes, four through seven, captures that slightly upland, muscular feel, and the 9th curls tightly around a lake as many of Bay Hill’s most famous holes do. But mostly MetroWest is caught in a stylistic and demographic vacuum, the middle-aged man sitting in the wrong bar, too young to charm and too old to seduce. (84)