The lovely 10th, working back toward the sea, shows how smart bunkering can give fairways sinuous movement within straight hole corridors. (photo: thebreakers.com)

No one alive today can tell us if the original course at The Breakers (now the resort’s Ocean Course) is anything like it was 90 or 100 years ago. But when you go there, it sure feels like golf from another era.

The course is stuffed with Old Florida charm, tucked neatly inside the tropical opulence of the surrounding Palm Beach zip code. It has a throwback aura that comes through in the simplicity of the design, the intimacy of the holes layered inside a tight property and the spoon-and-niblick length totaling a mere 6,100 yards. 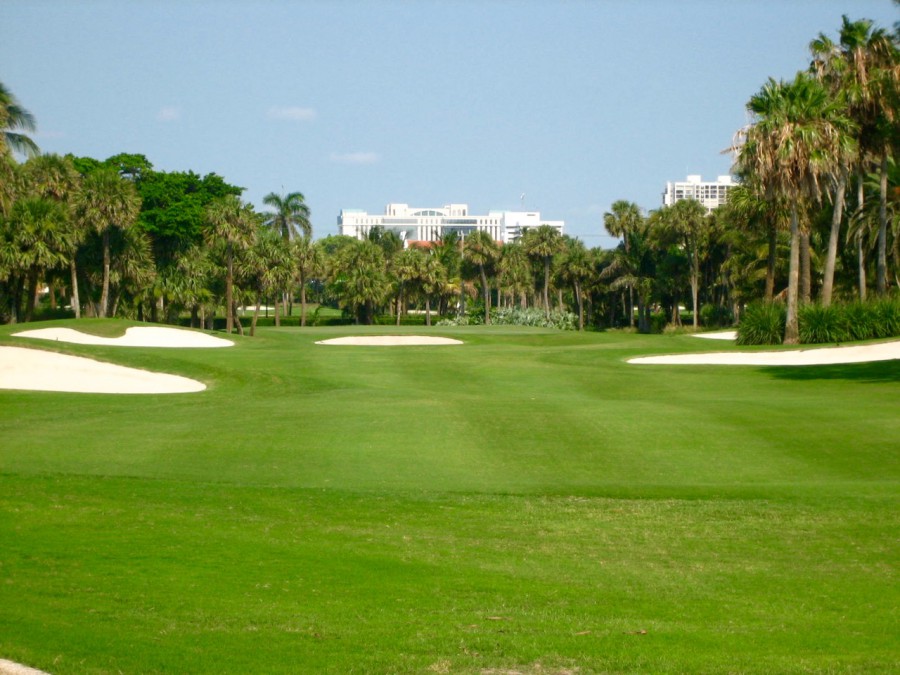 Number 1: The Breakers Ocean Course is at one with its elite Palm Beach setting.

Usually a course with nearly all holes running back and forth in the same directions would be a candidate for major demerits, but at the Breakers it’s easily forgivable and possibly intelligent since the whole of it sits on maybe 90 acres, and that includes a number of internal street and avenue crossings.

Some iteration of the original course was played in 1896 (it might have been only nine holes), which makes it the state’s oldest course of record. The Ocean Course we see now dates to a 1926 expansion and renovation by midwestern designers Langford and Moreau that coincided with the construction of the current Breakers Hotel (fire claimed the original edifice), accented by Donald Ross’s work around 1940.

Renovations and modernizations followed, but recently Brian Silva attempted to return the retro character through the addition of a couple dozen bunkers and reshaped greens. These faces of sand work like signals guiding traffic, giving a more voluptuous shape to otherwise straight holes. 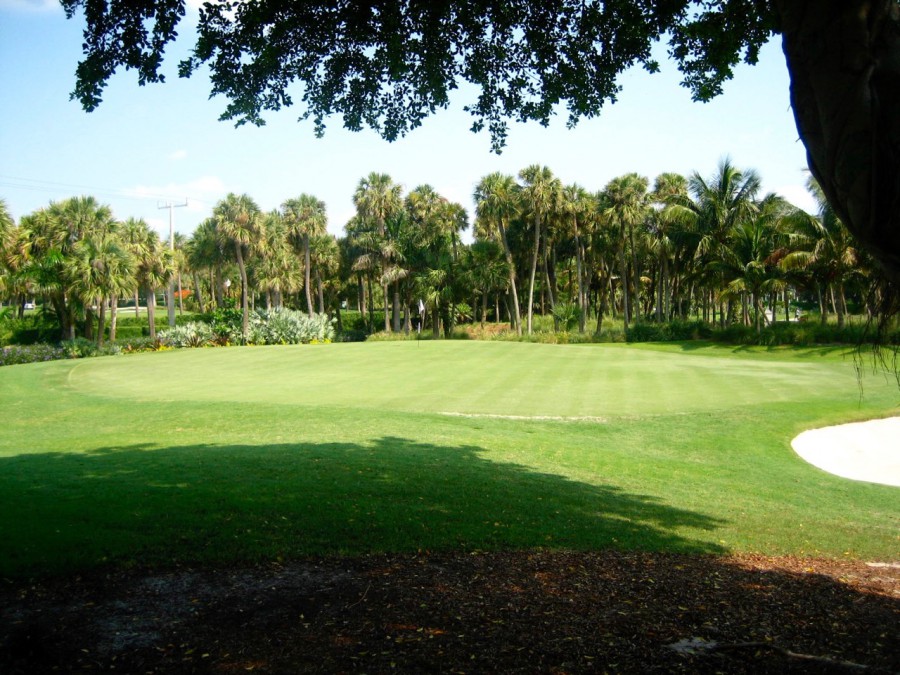 The par-3 13th sits in a garden area steps away from the resort’s main entrance.

Most out-of-towners are likely to favor the holes west of County Road where a number of greens are pushed up against water features. The real action begins on the other side of the street where bunkers jut into the fairway lines to create jogs and swerving hole movements. 8, 9, 11 and 12, all par-4’s, encourage left or right positioning to unlock up-the-gut angles into the greens, and almost every two- and three-shot hole rewards a drive that can be shaped to or nestled near the bunkers.

The Ocean Course doesn’t claim to be one of the premier experiences in the Southeast. It simply presents attractive targets and intelligent bunkering through the fairways and greens, and in doing so proves you don’t need much more to create fun, compelling golf. That it’s done in this only-in-Florida environment beneath the gaze of one of the Jazz age’s classic hotels is just a bonus.

The writer Michael Bamberger is right: if more golfers played courses of this style and length — if more courses like this were available — we wouldn’t be having the same dire conversations about golf and its future that we seem to have all the time now. (87)

The Ocean Course at the Breakers 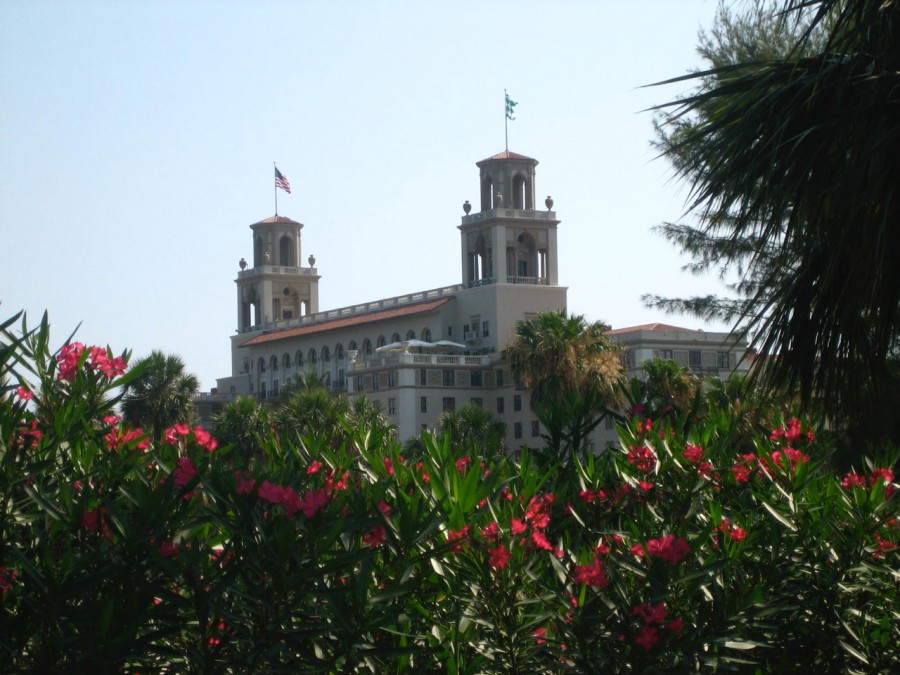