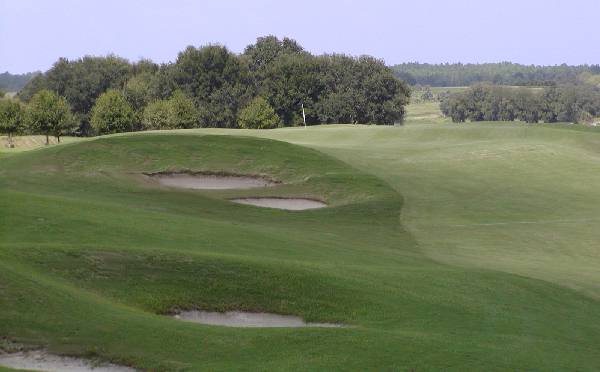 The long 17th gives an indication of the site’s rolling terrain.

Black Bear is located north of Orlando in a kind of rural badlands full of scrub, sand, pockets of wetlands preserves, though the site for the course is dry and fairly rugged. The does have some natural elevation change but is practically barren of trees except for a small grove of oaks surrounding the pretty 8th and 9th holes, if you can call holes on a P.B. Dye course pretty. Otherwise, Dye pushed around the sand to create the kind of abrupt vertical features we associate with him and his father.

The second nine is generally better with a wilder character than the first and rather strangely shaped green complexes and bunkering, although I’m not a fan of 18 where the only true water hazard on the course fronting the green seems drastically out of place. The stretch through seven-eight-nine, beginning with a par four where a natural rise in the fairway obscures view of the putting surface on the approach, is also really good.

There’s a double-plateau variant at the par three 11th green, and both 12 and 13 have long, shallow greens elevated like benches at 45-degree angles to the fairway. Sixteen is a sweeping par five that’s reachable if you cut the corner on the second shot over a chain of dunes and manage to avoid the fairway bunkers and pot bunkers near the green. [Note: A new ownership group purchased the course in late 2010, offering the hope for further improvements at what is already a tremendous Orlando-area value.] (87) 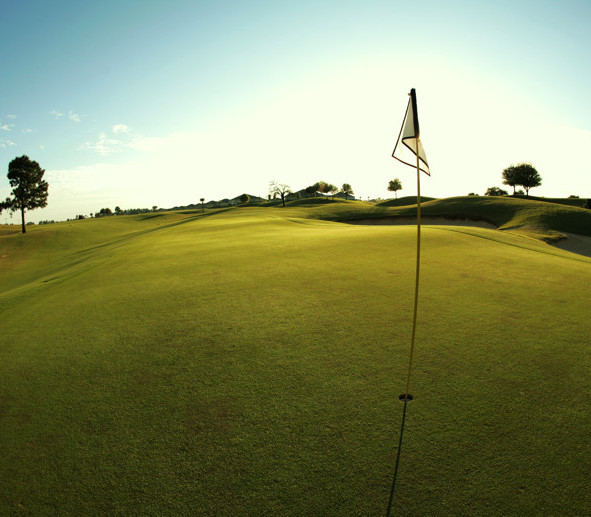