Quick, who was the last man not wearing a hat to win one of golf’s majors? Do you remember how long ago it was? Five years ago? Ten? 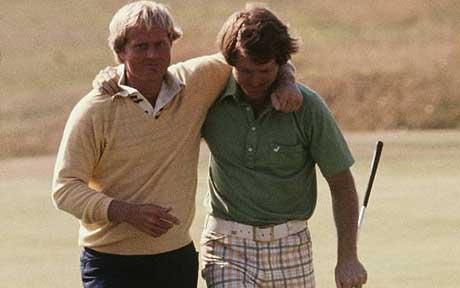 As of this writing, 58 consecutive major championship winners have hatted their pates and parts since Nick Faldo last went mane out in the 1996 Masters while tracking down Greg Norman from six shots back. You might think one of the game’s greatest come-from-behinds might have inspired an all-out hair-out, a copycat movement of unfettered links-locks a la Sir Nick, but it didn’t (it didn’t do much for Norman’s straw panama hat, either). 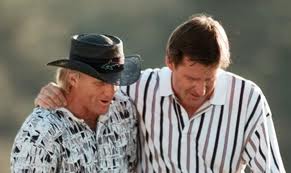 So what happened? Letting your hair down used to be, ahem, par for the course. It was nothing to see both weekend whackers and trophy hoisting pros going commando with their heads. Hats were optional accessories, handy in certain circumstances like umbrellas and ball retrievers.

But somewhere along the line (1996?) the logoed hat became part of the sadly standardized golf uniform. It went from being a sunshade and occasional mini-billboard to one of the cornerstones in golf’s unholy trinity of bad fashion along with pleated trousers and over-sized shirts. Wearing a hat now is as much a rule as USGA 4-4.

The Checklist realizes this will not earn the sanction of the American Dermatology Association, but its time to bench the ball cap (just don’t skimp on the sunscreen).

Whereas billed hats make all golfers look conformist—like attendees at a Shriners convention, or 12-year old’s on a locally 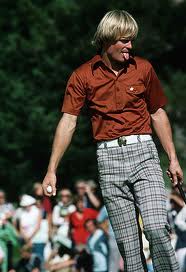 sponsored little league team—allowing nature mess with your strands accentuates your rugged individuality, something American fairways and greens are lacking almost completely. Trust us, your chops look more handsome–and manly–free from the cap. Plus, there’s nothing to match or mismatch—your coif goes with everything. It’s just you, your sticks and your hair (or scalp).

Of course going sans cap will not have nearly the flair it did in the 1970’s, the Golden Age of Hatless-ness. The closely cropped conservative Supercuts most golfers sport today won’t have us recalling the swashbuckling Redford-esque coronas of yore. But letting loose whatever you’ve got shows a devil may care attitude (which is a good thing), a reverence for things past and, most importantly, stands you apart from the brigade.

And if going hatless isn’t possible you can at least choose your headgear more fashionably. Visor, the Ricky Barnes platoon cap, Sam Snead’s straw fedora—almost anything’s better than the stylistically unredeemable ball cap (well, maybe not the platoon hat). One last tip: you can never go wrong emulating Nelson and Hogan—with your swing or your look. 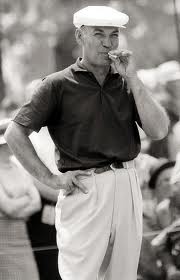