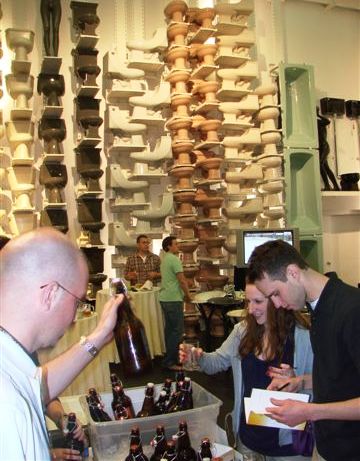 We decided to give up and declare a tie here, between two of the best golf resorts anywhere, with solid beer selections. Kohler gets the edge with the beer, Bandon with the golf, but both are bucket list worthy.

The small heartland town of Kohler is an hour north of Milwaukee. It’s a company town, but the company is now a lot more than plumbing fixtures: The American Club is the luxury hotel here, and it only stands to reason the Kohler Waters Spa is top-notch. There are four sterling Pete Dye-designed courses, one of which, Whistling Straits, has already hosted two PGA Championships. (Remember Dustin Johnson’s troubles in the bunker last year, which helped Martin Kaymer secure the title?)

The casual eatery at the resort is the Horse and Plow, which has an extensive list of bottled micros and Belgians and a nice rotating tap selection as well, emphasizing (but not limited to) Midwest brews. It would be easy to spend a lot of time here; there’s also a regular series of beer dinners. The Third Annual Kohler Festival of Beer will roll into town May 27-29 this year, and it includes the hotly-contested Beer Cup Golf Tournament.* 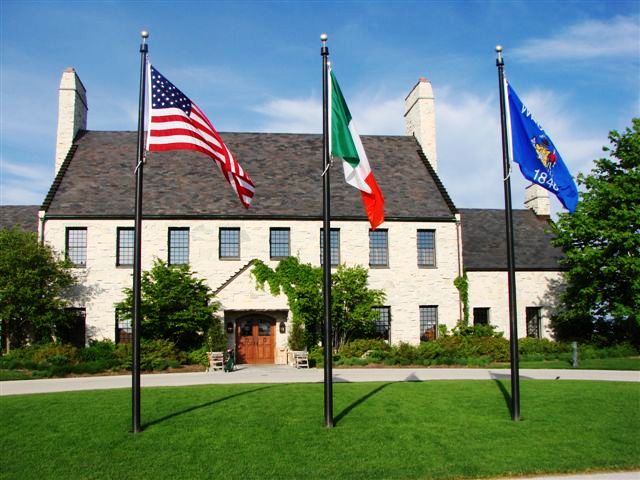 The clubhouse at Whistling Straits

The old joke about the difference between Scotland and Bandon Dunes is that it’s easier to get to Scotland. But after they built it, people came, and people have been coming ever since to this pure golf location on the Oregon coast. It’s a self-contained universe that could be enjoyed by non-golfers, although the question might be why, since there are now four courses here, all of them ranked at or near the top in every best-of list going.

Indeed, in the most recent GOLF Magazine “Top 100 Courses You Can Play” list, Tom Doak’s Pacific Dunes design overtook Pebble Beach as the No. 1 course in the land. 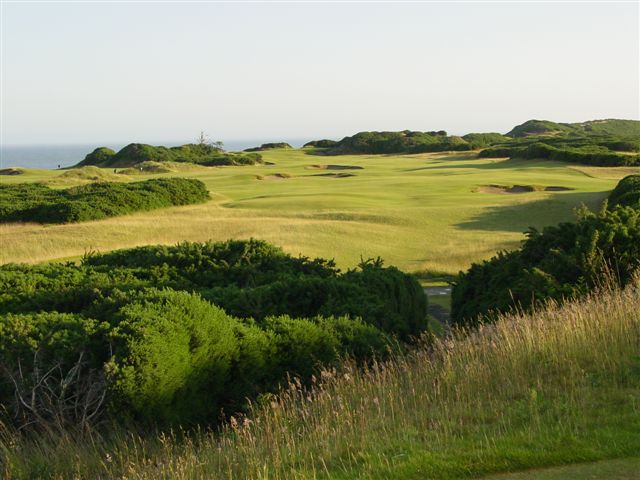 Doak and his associate, Jim Urbina, collaborated on the Old Macdonald Golf Links which opened last June to more huzzahs from the golf writing press. It wasn’t named after the farmer, but Charles Blair Macdonald, founder of the U.S. Golf Association and the country’s first great golf course architect.

There are a few different drinking and dining options at the resort, and what the beer list lacks in depth it makes up for in regional quality–a Mirror Pond Ale from Deschutes, a Mocha Porter from Rogue, a SOB Porter (Southern Oregon Brewing).

All the courses at Bandon Dunes are walking-only. It’s pretty safe to guarantee that after a 36-hole day of battling winds and one’s swing, settling down in McKee’s Pub with a plate of Grandma’s Meatloaf and a pint of Deschutes Black Butte Porter alongside, there will be absolutely no room, or need, for complaint.